For Prelims and Mains: Particulars of Azad Hind Government- objectives, accomplishments and other related key facts.

Context: 76th anniversary of the formation of Azad Hind Government on 21st October, 2019.

Netaji Subhash Chandra Bose had announced the establishment of the provisional government of Azad Hind in occupied Singapore in 1943.

Why was it set up?

Bose was convinced that armed struggle was the only way to achieve independence for India. Under his provisional government, the Indians living abroad had been united.

October 21, 1943: Announced the setting up of the provisional government on the battlefield of Singapore which was once the bulwark of the British Empire.

Under the provisional government:

The provisional government was also formed in the Japanese-occupied Andaman and Nicobar Islands. The islands were reoccupied by the British in 1945.

How it came to an end?

Bose’s death was seen as the end to the Azad Hind movement. The Second World War, also ended in 1945 with the defeat of the Axis powers.

For Prelims: What is IPC? How was it brought about? Key provisions.

For Mains: Why it needs a review? Areas of concern and reforms needed.

Context: The Home Ministry is all set to overhaul the Indian Penal Code designed by the British. Rebooting the code introduced by the British in 1860 was necessary as it is primarily based on the spirit of “master and servant”.

The IPC replaced Mohammedan Criminal Law, which had a very close relationship with Islam. Thus, the IPC laid the foundation of secularism.

It was widely appreciated as a state-of-the-art code and was, indeed, the first codification of criminal law in the British Empire.

How significant it is?

Today, it is the longest serving criminal code in the common-law world.

Why it needs a review?

IPC, 1860 requires a thorough revision to meet the needs of the 21st century. In 1860, the IPC was certainly ahead of the times but has been unable to keep pace since then.

Some of the concepts underlying the code are either problematic or have become obsolete.

For Prelims: Who is CIC and ICs? Roles and functions, composition of CIC.

A disease caused by Bacillus anthracis, a germ that lives in soil.

Affects animals such as cattle, sheep, and goats more often than people. People can get anthrax from contact with infected animals, wool, meat, or hides.

Spread: It does not spread directly from one infected animal or person to another; it is spread by spores. These spores can be transported by clothing or shoes.

Gastrointestinal (GI) infection in humans is most often caused by consuming anthrax-infected meat and is characterized by serious GI difficulty, vomiting of blood, severe diarrhea, acute inflammation of the intestinal tract, and loss of appetite.

Cutaneous anthrax, also known as Hide porter’s disease, is the cutaneous (on the skin) manifestation of anthrax infection in humans.

Anthrax has been used in biological warfare by agents and by terrorists to intentionally infect. It was spread in US through a mail. It killed 5 people and made 22 sick.

Pobitora Wildlife Sanctuary has the highest concentration of one-horned rhinos in the world.

Asiatic water buffalo is the state animal of Chhattisgarh.

Asian buffalo is a large bovine native to the Indian Subcontinent and Southeast Asia. It has been listed as Endangered in the IUCN Red List since 1986, as the remaining population totals less than 4,000.

For Prelims and mains: Composition, objectives and functions of Interpol.

Context: The Central Bureau of Investigation will host the 91st General Assembly of Interpol in 2022 as part of the 75th anniversary celebrations of India’s Independence.

What is the Interpol General Assembly?

The General Assembly’s decisions take the form of Resolutions.

Each member country has one vote.

Decisions are made either by a simple or a two-thirds majority, depending on the subject matter. 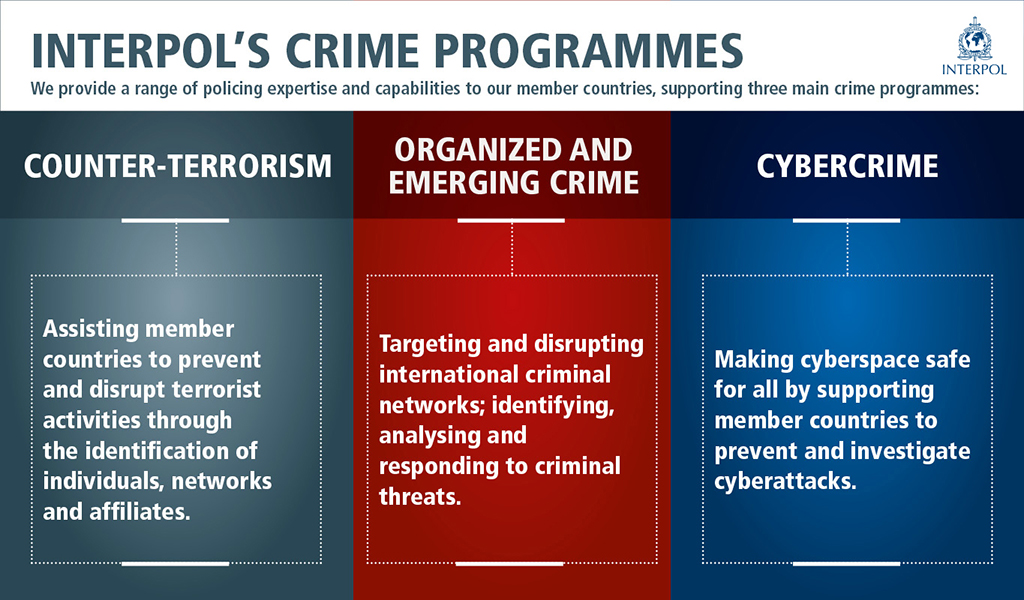 For Prelims: All about IMF Quotas, about IMF.

For Mains: Need for reforms.

Context: As per the latest deal, Members of the International Monetary Fund (IMF) agreed to maintain its funding at $ 1 trillion but postponed changes to its voting structure.

Outcomes of the recent meet:

Specifically, the agreed package will leave IMF quotas (the primary source of IMF funds), which determine voting shares, unchanged. Instead, these will be reviewed before the end of 2023.

What are IMF Quotas?

The IMF is a quota-based institution. Quotas are the building blocks of the IMF’s financial and governance structure.

How is it determined?

IMF quotas are distributed according to a four pronged formula that considers a member country’s GDP, its economic openness, its “economic variability” and international reserves.

Resource Contributions: Quotas determine the maximum amount of financial resources a member is obliged to provide to the IMF.

Voting Power: Quotas are a key determinant of the voting power in IMF decisions. Votes comprise one vote per SDR100,000 of quota plus basic votes (same for all members).

Access to Financing: The maximum amount of financing a member can obtain from the IMF under normal access is based on its quota.

SDR Allocations: Quotas determine a member’s share in a general allocation of SDRs.

The IMF’s Board of Governors conducts general quota reviews at regular intervals.

Any changes in quotas must be approved by an 85% majority of the total voting power, and a member’s own quota cannot be changed without its consent.

For Prelims: DNA Bill- highlights, difference between DNA and RNA.

Context: The DNA Technology Regulation Bill, which seeks to control the use of DNA technology for establishing the identity of a person, has been referred to a parliamentary standing committee for examination.

Prone to misuse: Information from DNA samples can reveal not just how a person looks, or what their eye colour or skin colour is, but also more intrusive information like their allergies, or susceptibility to diseases. As a result, there is a greater risk of information from DNA analysis getting misused.

Safety issues: There’s also the question of whether the DNA labs accredited by the Regulatory Board are allowed to store copies of the samples they analyse. And if so, how the owners of those samples can ensure the data is safe or needs to be removed from their own indices.

Issues over storage: It’s not clear if DNA samples collected to resolve civil disputes will also be stored in the databank (regional or national), although there is no index specific for the same. If they will be stored, then the problem cascades because the Bill also does not provide for information, consent and appeals. 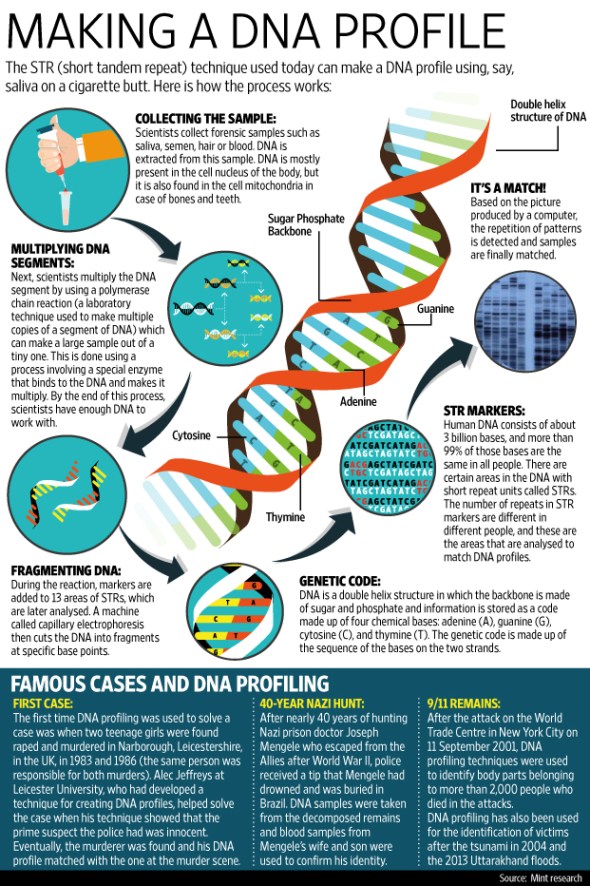 For Prelims: Definition and procedure to define forests.

For Mains: Concerns over the way in which forests are defined, need for a comprehensive definition and challenges involved.

Clarifications given by the Forest Advisory Committee (FAC) of the Environment Ministry:

States need not take the Centre’s approval to define what constitutes unclassified land as forest.

Do we have a comprehensive legal definition for forest?

Since 2014, the Ministry of Environment, Forest and Climate Change (MoEF&CC) has been considering evolving a legal definition of forest and reportedly prepared drafts as late as 2016. These, however, were never made public.

How is a forest defined?

The freedom to define land, not already classified as forests by the Centre or State records, as forest has been the prerogative of the States since 1996 and stems from a Supreme Court order, called the Godavarman judgment.

Why it is difficult to have an all-encompassing definition of forest?

An all-encompassing definition of forest is difficult for India because the country has 16 different kinds of forest.

A tract of grassland in one State might qualify in one region as forest, but not in another. However, once a State applied a criteria, it couldn’t be reversed.

The onus on the States to define forests is also significant because the States often claim that they are helpless in preventing encroachment because a patch of land in question hadn’t been notified as forest. A recent instance was the felling of trees in Mumbai’s Aarey Colony, which officially isn’t classified as forest.

Need for a definition:

It is a statutory body under the Ministry of Environment, Forests and Climate Change.

Constituted under enabling provisions of the Wildlife (Protection) Act, 1972, as amended in 2006, for strengthening tiger conservation, as per powers and functions assigned to it under the said Act.

Composition: Set up under the Chairmanship of the Minister for Environment and Forests. The Authority will have eight experts or professionals having qualifications and experience in wildlife conservation and welfare of people including tribals, apart from three Members of Parliament of whom two will be elected by the House of the People and one by the Council of States.

Functions of NTCA are as follows:

What are meteor showers? Why they happen on an annual basis?

Meteors are bits of rock and ice that are ejected from comets as they manoeuvre around their orbits around the sun.

Meteor showers, on the other hand, are witnessed when Earth passes through the trail of debris left by a comet or an asteroid. When a meteor reaches the Earth, it is called a meteorite and a series of meteorites when encountered at once, is termed as a meteor shower.

Popularly known as the Tasmanian tiger, it is a large striped carnivore.

Why in News? It was believed to have gone extinct over 80 years ago — but newly released Australian government documents show sightings have been reported as recently as two months ago.

Context: Rohingyas will be relocated to the Bhashan Char from early next month.

Authorities concerned, especially the Bangladesh Navy, have prepared the Bhashan Char for rehabilitation of at least one lakh Rohingyas.

Location: Bhashan Char is located in the estuary of the Meghna river.

It falls in an ecologically fragile area prone to floods, erosion and cyclone. 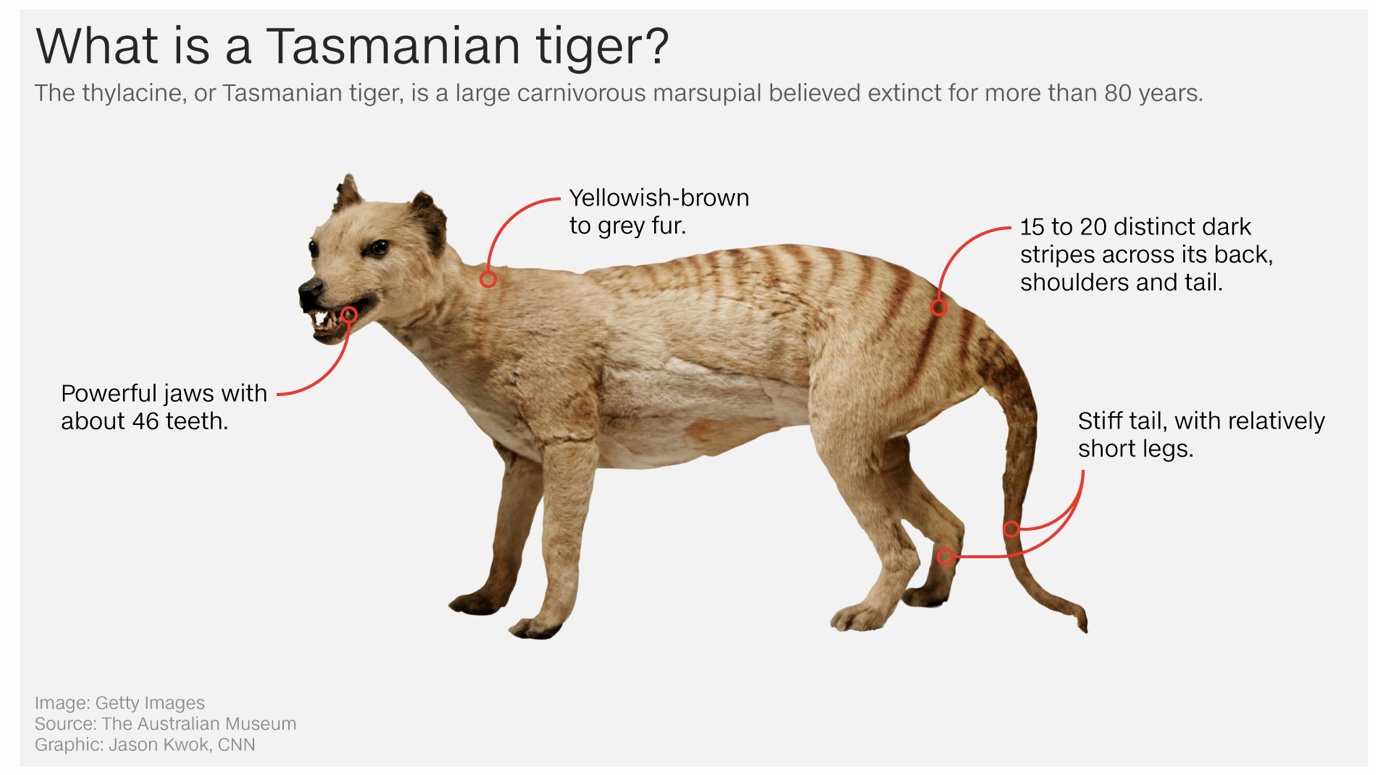 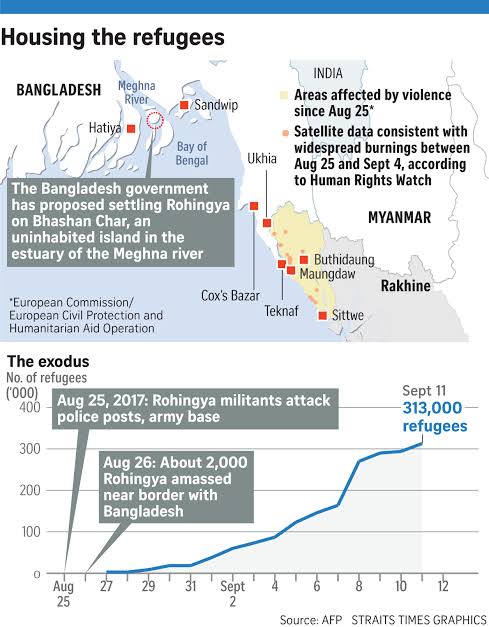