For Prelims: Who are Kurds and Where is Kurdistan?

For Mains: Why are they under attack and what led to these attacks, what is the way out?

At an estimated 25 million to 35 million population, they are the world’s largest stateless ethnic group.

The majority among the Kurdish people today are Sunni Muslim, but there are adherents of other faiths too, including Sufism and other mystical practices.

Recently, the Trump administration ordered US troops to step aside from the border in northern Syria, effectively paving the way for Turkey to launch an offensive against US-backed Kurdish forces who they regard as enemies.

What are their demands?

The Kurds have never achieved nation-state status, except in Iraq, where they have a regional government called Iraqi Kurdistan.

In the early 20th century, the Kurds began working toward the creation of homeland known as Kurdistan. In 1920, the Treaty of Sèvres — one of a series of treaties that the Central Powers signed after their defeat in World War I — outlined the dissolution of the Ottoman Empire and called for an autonomous Kurdistan.

Three years later, after the end of the war, Western allies dropped demands for an independent Kurdish state and the Kurdish region was divided among several countries. 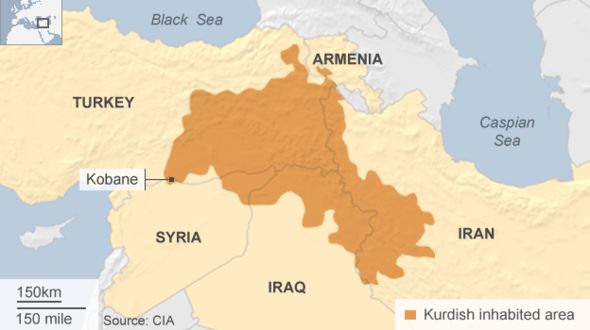 Why is Turkey attacking them?

Turkey has two main goals in northeast Syria: to drive the Kurdish YPG militia which it deems a security threat away from its border, and to create a space inside Syria where 2 million Syrian refugees currently hosted in Turkey can be settled.

What could this mean for Islamic state?

Chaos could present Islamic State with an opportunity to stage a revival and the SDF has been conducting operations against IS sleeper cells since capturing its final territorial foothold earlier this year.

The operation could reshape the map of the Syrian conflict once again, dealing a blow to Kurdish-led forces that have battled Islamic State while widening Turkey’s territorial control at the border.