For Prelims: GHI- key facts, Performance of India and other countries.

For Mains: GHI- findings on India, concerns and challenges, remedies.

Context: The 2019 Global Hunger Index report has been released.

The GHI ranks countries on a 100-point scale, with 0 being the best score (no hunger) and 100 being the worst. Values less than 10 reflect low hunger, values from 20 to 34.9 indicate serious hunger; values from 35 to 49.9 are alarming; and values of 50 or more are extremely alarming.

What is Global Hunger Index?

The report is a peer-reviewed publication released annually by Welthungerhilfe and Concern Worldwide.

The GHI scores are based on a formula that captures three dimensions of hunger—insufficient caloric intake, child undernutrition, and child mortality—using four component indicators: 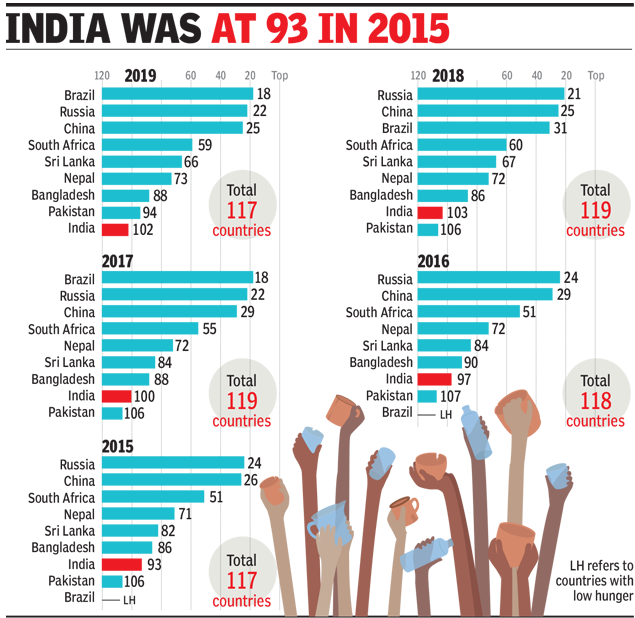 In India, to combat the malnutrition levels both immediate and long term interventions are needed.

Mains Question: Why despite India being a large agricultural country a large population is malnourished? Discuss in detail the reasons and challenges associated with malnutrition in India.