For Prelims and Mains: Highlights of the report, significance and performance of various countries.

Context: The Economist Intelligence Unit has released the report of the Worldwide Cost of Living Survey 2019.

The Survey compares more than 400 individual prices across 160 products and services in cities around the world.

For Prelims and Mains: IATA- composition, functions and functions.

Context: The United Nations has released the World Happiness Report- 2019.

The World Happiness Report is a landmark survey of the state of global happiness that ranks 156 countries by how happy their citizens perceive themselves to be.

How is it measured?

Happiness has come to be accepted as a goal of public policy. And this discourse has given a fillip to a new narrative where the interconnections between law, governance and happiness are being searched.

Experiences from several nations confirm that the countries with higher GDP and higher per capita income are not necessarily the happiest countries and there exists a link between the state of happiness and rule of law.

For Prelims and Mains: REITs- what are they, significance, potential and concerns associated?

They are collective investment vehicles that operate and manage property portfolios and give returns to investors. Securities and Exchange Board of India (Sebi) mandated that all REITS be listed on exchanges and make an initial public offer to raise money.

There are three types of REIT available: equity REITs which purchase, own and manage income-generating properties; mortgage REITs which lend money directly or indirectly to real estate owners; and hybrid REITs which are a combination of the first two.

How does an REIT work?

REITs raise funds from a large number of investors and directly invest that sum in income-generating real estate properties (which could be offices, residential apartments, shopping centres, hotels and warehouses). The trusts are listed in stock exchanges so that investors can buy units in the trust. REITs are structured as trusts. Thus, the assets of an REIT are held by an independent trustee on behalf of unit holders. For prelims and Mains: Pulsars- meaning, features and characteristics.

Context: NASA has discovered a pulsar speeding through space.

Pulsar J0002 was discovered in 2017 by a citizen-science project called Einstein@Home, which uses time on the computers of volunteers to process Fermi gamma-ray data.

Located about 6,500 light years away in the constellation Cassiopeia, J0002 spins 8.7 times a second, producing a pulse of gamma rays with each rotation. The pulsar lies about 53 light years from the centre of a supernova remnant called CTB 1.

Its rapid motion through interstellar gas results in shock waves that produce the tail of magnetic energy and accelerated particles detected at radio wavelengths using the Very Large Array (VLA).

What is a pulsar? Context: NASA’s OSIRIS-REx spacecraft has detected particle plumes ejecting off of the surface of asteroid Bennu. That makes Bennu an active asteroid that is regularly ejecting material into space, which is rare. This is the first time scientists have had close-up observations of particle plumes erupting from an asteroid’s surface.

OSIRIS-REx’s instruments have confirmed that hydrated minerals, including magnetite, are abundant and widespread on the asteroid. The asteroid is full of valuable materials that may even contain clues about how life began. Bennu is essentially a leftover from the formation of our solar system billions of years ago, although some of the minerals inside it could be even older.

OSIRIS-Rex is the first-ever US mission designed to visit an asteroid and return a sample of its dust back to Earth. The $800 million (roughly Rs. 5,600 crores) unmanned spaceship launched two years ago from Cape Canaveral, Florida and arrived December 3 at its destination, some 70 million miles (110 million kilometres) away.

The plan is for OSIRIS-REx to orbit Bennu, using a suite of five scientific instruments to map the asteroid in high resolution to help scientists decide precisely where to sample from.

OSIRIS-REx is the third mission in NASA’s New Frontiers program, which previously sent the New Horizons spacecraft zooming by Pluto and the Juno spacecraft into orbit around Jupiter.

Proximity to Earth: In order for OSIRIS-REx to reach its destination in a reasonable timeframe, NASA needed to find an asteroid which had a similar orbit to Earth.

Composition: Bennu is a primitive asteroid, meaning it hasn’t significantly changed since the beginning of the Solar System (over 4 billion years ago). It is also very carbon-rich, meaning it may contain organic molecules, which could have been precursors to life on Earth.

Additionally, Bennu is of interest as it is a Potentially Hazardous Asteroid (PHA). Every 6 years, Bennu’s orbit brings it within 200,000 miles of the Earth, which means it has a high probability of impacting Earth in the late 22nd Century.

Context: March 20, 2019, marks the spring equinox — the first official day of spring in the Northern Hemisphere. This day is unique in that the length of day and night are close to equal.

The Vernal Equinox is a solar term with great balance. At the equinox, earth’s two hemispheres are receiving the sun’s rays equally. On the day of the vernal equinox, night and day are often said to be equal in length.

The equinox is the moment in Earth’s orbit when the sun appears to cross the celestial equator. It means longer and warmer days as the northern hemisphere begins to tilt towards the sun. How do people celebrate it?

The vernal equinox also is the Persian New Year, known as Nowruz. For more than 300 million people worldwide it’s the start of a monthlong celebration of new beginnings.

In Chichen Itza, Mexico, thousands gather at the Kulkulkan pyramid. In the late afternoon, the sun creates a shadow that looks like a snake sliding down the northern staircase.

Holi, a major festival in India that marks the start of spring, also begins on March 20 this year.

What is it? Nowruz, also spelled as Navroz, is the Iranian New Year celebrated by ethnic Iranian people. Several ethno-linguistic communities around the world irrespective of their religious background observe it as the start of the New Year. In India, the Parsi community, who follow Zoroastrianism, celebrate Navroz with full fervour.

What are the origins of Navroz? Which communities celebrate Navroz?

Navroz is the beginning of the New Year for several communities. It dates back as far as the 6th Century BC, back when the Iranian community were homogeneously Zoroastrians. Once the community divided over the course of history, people of Iranian origin worldwide continued following Zoroastrian traditions and with that the Iranian New Year as well.

What is the significance of Navroz?

Apart from the difference of one or two days, the Iranian community celebrates Navroz on March 21. March 21 is the first day of the Iranian calendar. It is also marked as the day King Jamshid was crowned as the King of Persia. King Jamshid holds a great significance in Zoroastrianism and the day of his coronation is generally considered to be the beginning of the New Year among Iranian people. It is interestingly the first day of the Aries constellation. Navroz is also the day of the Spring equinox and the rituals are performed based on the movements of the sun during the course of the day.

How is it celebrated in India? 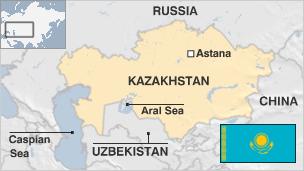