Context: The Ministry of Women and Child Development in collaboration with the Ministry of Home Affairs has envisaged engagement of Mahila Police Volunteers (MPVs) in the States and Union Territories who will act as a link between police and community and help women in distress.

Haryana is the first state to adopt the initiative at Karnal and Mahindergarh District on a pilot basis under Nirbhaya Fund during the financial year 2016-2017. Further, the proposals of Andhra Pradesh, Gujarat, Mizoram, Chhattisgarh, Karnataka and Madhya Pradesh have also been approved for implementation of MPVs.

The Mahila Police Volunteers scheme envisages creation of a link between the police authorities and the local communities in villages through police volunteers who will be women specially trained for this purpose.

Their primary job will be to keep an eye on situations where women in the village are harassed or their rights and entitlements are denied or their development is prevented.

Discuss the various schemes introduced by India for socio-economic empowerment of women.

Key highlights of the scheme:

Context: Rajasthan government has approved to do away with the minimum education qualification required to contest panchayat and urban bodies’ elections.

Why has it been scrapped?

Few experts are of the opinion that the requirement of minimum qualification for contesting elections is against the very spirit of 73rd and 74th amendments.

It also violates the right of every citizen to vote and to contest elections, which form the basic structure of the constitution.

It may be noted here that due to these restrictions, many able candidates were debarred from contesting elections. In one way, it can be said that this law has prevented many people from coming to the mainstream.

What has the Supreme Court said in this regard?

Even Haryana had passed a similar law mandating minimum education qualification for those contesting in Panchayat Raj Institutions. The constitutional validity of this law of Haryana was questioned in the Supreme Court.

One District, One Product Regional Summit

For Prelims and Mains: Key features of ODOP and its significance.

Context: The One District, One Product Regional Summit was held recently in Varanasi.

ODOP is basically a Japanese business development concept, which gained prominence in 1979. It is aimed at promoting a competitive and staple product from a specific area to push sales and improve the standard of living of the local population. Over time, it has been replicated in other Asian countries as well.

The main objectives of the One District One Product Scheme of Uttar Pradesh are as follows:

The International Rice Research Institute (IRRI) is an international agricultural research and training organization known for its work in developing rice varieties that contributed to the Green Revolution in the 1960s.

Aim: The Institute, established in 1960 aims to reduce poverty and hunger, improve the health of rice farmers and consumers, and ensure environmental sustainability of rice farming.

India and the IRRI:

The Pricing Cell, constituted by the Tribal Cooperative Marketing Development Federation of India Ltd (TRIFED), recommended inclusion of new MFPs under the scheme, given their importance to the economy of local communities.

A Planning Commission report had noted that MFP contributes to 20 to 40 per cent of the income of forest-dependent communities, especially the landless with a dominant population of tribals, and “provides critical subsistence during lean seasons.”

In theory, an MSP is the minimum price set by the Government at which farmers can expect to sell their produce for the season. When market prices fall below the announced MSPs, procurement agencies step in to procure the crop and ‘support’ the prices.

The Cabinet Committee of Economic Affairs announces MSP for various crops at the beginning of each sowing season based on the recommendations of the Commission for Agricultural Costs and Prices (CACP). The CACP takes into account demand and supply, the cost of production and price trends in the market among other things when fixing MSPs.

Price volatility makes life difficult for farmers. Though prices of agri commodities may soar while in short supply, during years of bumper production, prices of the very same commodities plummet. MSPs ensure that farmers get a minimum price for their produce in adverse markets. MSPs have also been used as a tool by the Government to incentivise farmers to grow crops that are in short supply.

Mains Question: Will a rise in the minimum support price (MSP) solve the problem of farm distress? Critically examine.

For Prelims and Mains: Features, objectives and significance of the mission.

Context: Chinese probe, the Chang’e-4, has entered a planned orbit “to prepare for the first-ever soft landing on the far side of the moon”. China launched the Chang’e-4 probe earlier this month, carried by a Long March-3B rocket.

The far side of the moon known as ‘South Pole-Aitken Basin’ still remains a mystery among space scientists and by sending a probe there, China will outdo the historical achievements of the US and USSR.

According to experts, landing on the far side of the moon is undoubtedly one of the most challenging missions ever launched by any of the world’s superpowers.

China began their lunar exploration program in 2007 by launching a simple lunar orbiter named ‘Chang’e 1’. The second mission in the program named ‘Chang’e 2’ was launched in 2010, and it was later followed by the third mission ‘Chang’e 3’. ‘Chang’e 3’ made headlines all around the world as it marked the first soft moon landing since 1976.

Context: A new study by Delhi-based non-profit Centre for Science and Environment (CSE) has revealed that Reducing Emissions from Deforestation and Forest Degradation (REDD+), the programme initiated by the United Nations in 2005 to mitigate climate change through enhanced forest management in developing countries, has largely failed to achieve its objectives.

Since its formalisation in 2006, REDD+ had emerged as the most prominent global mechanism to integrate the role of forests in climate change.  It was touted as a win-win situation for biodiversity conservation, carbon sequestration and local livelihoods. 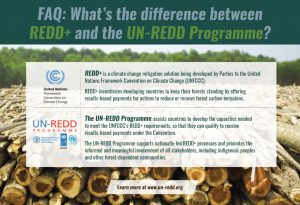 “Government’s aim is to deliver the benefits of Science & Technology to the last man in the society and scientists being a pivot should put their heart and soul into finding new solutions to the problems facing the nation and improve the quality of life of common man”.

It is the only second time for a University of Punjab to organize their herculean science spectacle.

The first meeting of the Congress was held from January 15-17, 1914 at the premises of the Asiatic Society, Calcutta.

Madhya Pradesh to get ‘spiritual department’:

Context: A postal stamp dedicated to Nabin Chandra Das, inventor of Rosogolla was launched recently on Bagbazar-O-Rosogolla Utsob marking the 150th year of its invention. 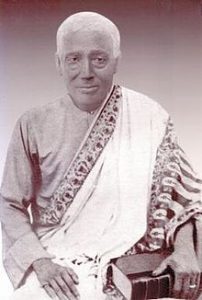