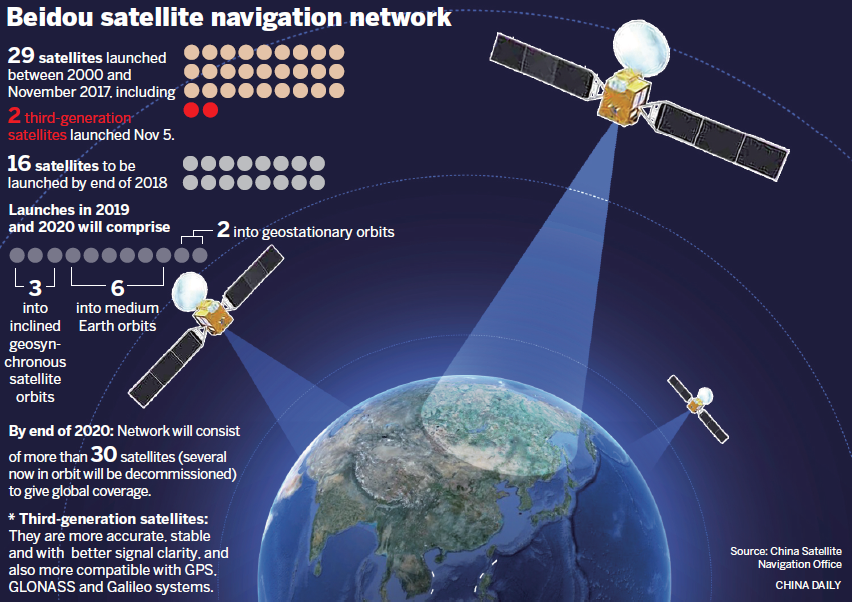 It will be the fourth global satellite navigation system after the US GPS, Russia’s GLONASS and the European Union’s Galileo.

Named after the Chinese term for Big Dipper, the BeiDou system started providing independent services over China in 2000. It is being projected by Beijing as a rival to the American Global Positioning System (GPS).

What are the various GNSS systems?