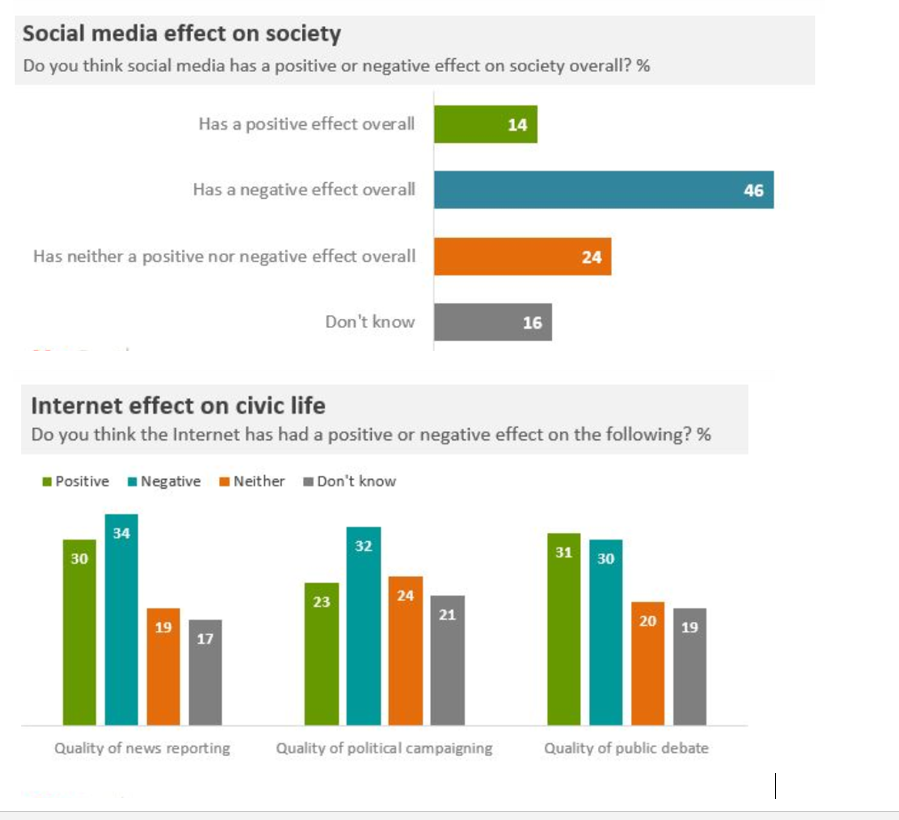 Introduction: Think about it:

We live in a world where we aren’t only consumers of information but creators as well, which gives us a misplaced sense of control.

It is misplaced because we live today on social media in filter bubbles and echo chambers, and our experiences are dictated by algorithms.

As we approach the end of the second decade of this century, social media and the Internet have drifted from their promise of closing distances and exposing us to the views of those who existed beyond our personal networks.

Instead, we find ourselves to be more rigid versions of our former selves.

Fake news is an industry today and finds great resonance with people. Its rise corresponds with a growing distrust in the mainstream media.

Fake news has now even slipped into traditional media outlets and is often circulated by prominent individuals. This has contributed to the echo chamber phenomenon.

“Echo chamber” is a term widely used in today’s lexicon, that describes a situation where certain ideas, beliefs or data points are reinforced through repetition of a closed system that does not allow for the free movement of alternative or competing ideas or concepts.

Although means of communication and engagement have evolved since the 1950s, the human instinct to fit in hasn’t changed. To some extent, this also explains the impact of fake news online, which is said to contribute to a polarised society.

A study carried out by Aalto University, Finland, on increasing polarisation on social media found that factors like:

People seek “informed” opinions through filters only from people they trust and look for news that confirms their worldview. This results in people cultivating rigid opinions of issues.

Social media sites are more than willing to play abettors. Twitter, for example, will routinely prompt you to follow people who hold a viewpoint that is similar to yours.

The features of openness, obscurity, and anonymity that once gave strength to marginalized communities are now giving room for mean intentions to grow.

Use of Social Media by terror groups:

Since the IS has been able to successfully recruit Indians via social media for the war in Syria it is a matter of time before they find recruits willing to employ violence in India itself.

The head of Al-Qaeda Indian Subcontinent called on Indian Muslims to follow the example of lone wolves in Europe and kill officers in India.

However, views that Social Media is not the only reason for polarization:

Social media is a mechanism comprising of multimedia and other platforms that are multilingual, multicultural and are inclusive, and allow equal opportunities for all, irrespective of class, creed, race, religion, sex, age or financial resources.

The first Greek printing house set up in 1627 printed a booklet targeting Jews. Books were only a medium, just like social media. Banning books and blaming social media are results of the same flawed logic.

If social media had an inherent bias towards evil, the #MeToo stories wouldn’t have found an outlet. There are many stories of lost children being found, dogs being adopted, money being raised for various causes, and other similar stories of good being done, is found on social media.

By all accounts, social media in India is still a niche phenomenon.

Blaming social media for every (online and offline) misconduct doesn’t seem to have any logical base to stand upon.

In short, there is much good in social media, which holds enormous power to keep people informed or to spur civic engagement and community action. But societal repercussions abound, for which there are few easy solutions.

It is true that social media was used to garner support for a man who burnt a Muslim man on video in Rajasthan, but it was the same social media that was also used to raise funds for the parents of a child who was gang-raped and murdered in Kathua in Jammu and Kashmir.

This shows that social media is only just a tool, which on the hands of a user can easily do as much good as bad.

Because of the influence of social media, people are getting trapped in narrower worldviews that are seeping into not only voter behaviour but everyday personal interactions.

This is something we must be alarmed about. Log in or log out, the world is a far more opinionated place today but it need not be a rigid one.

Social media is a tool for empowerment, especially for a country like India where 70% of the population is yet to get online and leverage the opportunities it has to offer.

While social media is definitely facing the global challenges of information bombardment (both factual and fake), it is also enabling communities to access their rights and voice their opinion.

Hopefully, over time, people will learn to take more responsibility for what they share and social media platforms shall regain their lost trust.  let us hope for the better.