Insights into Editorial: Becoming a citizen could become easier for some 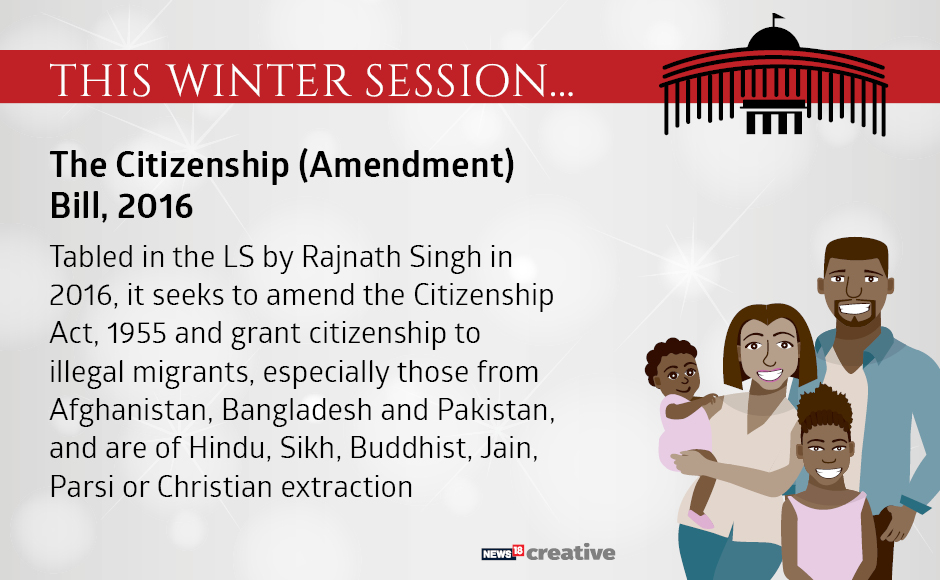 The winter session of Parliament may see the government push for the Citizenship (Amendment) Bill of 2016.

The proposed law, which amends the original Citizenship Act of 1955, mandates that Hindus, Sikhs, Buddhists, Jains, Parsis and Christians from Afghanistan, Bangladesh and Pakistan will not be treated as illegal immigrants despite having entered India without valid documents.

They will not face deportation as illegal immigrants under the Passport (Entry into India) Act of 1920 and the Foreigners Act of 1946.

Illegal immigrants from these six communities from these countries are assured a smooth sail to citizenship over Muslims.

Highlights of the Citizenship (Amendment) Bill of 2016:

Whether differentiating on grounds of religion is a violation of Article 14?

The Bill provides that illegal migrants belonging to specified minority communities from Afghanistan, Bangladesh or Pakistan will not be treated as illegal migrants under the Act, making them eligible for Indian citizenship.

This implies that illegal migrants from these countries who are Muslims, other minorities who do not belong to the above groups (eg. Jews), or Atheists who do not identify with a religious group will not be eligible for citizenship.

The question is whether this provision violates the right to equality guaranteed under Article 14 of the Constitution because it provides differential treatment to illegal migrants on the basis of their religion.

Under the 1955 Act, an Overseas Citizen of India (OCI) cardholder’s registration may be cancelled if he violates a law for which he is:

This means that even offences with:

This provision also grants the central government wide discretion to cancel OCI registration for a range of violations.

This will include serious offences like murder, as well as minor offences like violation of a traffic law (such as parking in a no-parking zone or jumping a red light).

The question is whether minor violations should result in cancellation of OCI registration, which may require an OCI who is staying in India to leave the country.

Way Forward: What lies ahead?

The Asom Gana Parishad (AGP), believes that the Bill is a threat to the cultural and linguistic identity of the people of Assam.

The Bill, if passed as law, would be challenged in the Supreme Court on the grounds of Article 14 and as a move to disturb the NRC process.

All Opposition parties, have opposed the idea of granting citizenship to an individual on the basis of religion.

It is also argued that the Bill, if made into an Act, will nullify the updated National Registration of Citizenship (NRC).

Instead of simply saying that members belonging to particular religion will be eligible for differential treatment, the bill should have laid down some general secular criteria (persecution history, history of migration etc.) which could, in principle, at least, be applied to all groups.

But the direct exclusion of Muslims from being eligible for this pathway under any circumstances makes the constitutional form and citizenship communal.