Context: 80th Session of the Policy Commission of the World Customs Organization (WCO) was held recently in Mumbai. The Session was organized by the WCO and hosted by the Central Board of Indirect Taxes and Customs (CBIC). 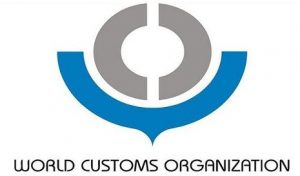 The World Customs Organization (WCO), established in 1952 as the Customs Co-operation Council (CCC) is an independent intergovernmental body whose mission is to enhance the effectiveness and efficiency of Customs administrations.

Context: Qatar has announced that it would leave OPEC on January 1, 2019. The decision comes just days before OPEC and its allies are scheduled to hold a meeting in Vienna, Austria. Qatar said it is leaving OPEC in order to focus on gas production.

The decision to pull out after more than five decades comes at a turbulent time in Gulf politics, with Doha under a boycott by former neighbouring allies including Saudi Arabia for 18 months.

Since June 2017, OPEC kingpin Saudi Arabia — along with three other Arab states — has cut trade and transport ties with Qatar, accusing the country of supporting terrorism and its regional rival Iran. Qatar denies the claims, saying the boycott hampers its national sovereignty.

Qatar’s oil production is around 600,000 barrels per day, making it the world’s 17th largest producer of crude. It also only holds around two percent of the world’s global oil reserves.

The Organization of the Petroleum Exporting Countries (OPEC) is a group of oil-producing nations that was first established in Baghdad, Iraq, in 1961. OPEC is one of the most powerful international organizations in the world and was a major player in the shift towards state control over natural resources.

The OPEC Statute distinguishes between the Founder Members and Full Members – those countries whose applications for membership have been accepted by the Conference.

Context: A Soyuz rocket carrying Russian, American and Canadian astronauts took off from Kazakhstan and has reached orbit, in the first manned mission since a failed launch in October. 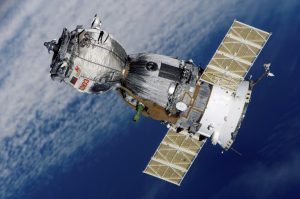 What Is the International Space Station? 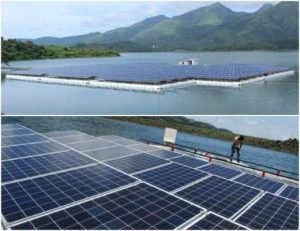 Context: A 50MW floating solar plant will be set up in the country’s largest reservoir Rihand dam in Sonbhadra district in UP.

In India, floating solar is likely to face challenges scaling up to the level of ground-mounted plants.

Technical issues: Besides the two major issues of corrosion and instability, other issues like the long term impact of moist environment on modules, cables, safe transmission of power through the floats to the nearest feeder point, the environmental impact on the water body and the marine life etc needs to be addressed and – make the system cost effective.

The largest floating solar plant to date is a 2MW one in Vishakhapatnam. Another is a 500-kWh plant built by the Kerala State Electricity Board at the Banasura Sagar Dam.

Permanent Chairman of the Chiefs of Staff Committee

Context: The three services are taking steps to improve ‘jointmanship’ and have agreed on the appointment of a Permanent Chairman of the Chiefs of Staff Committee. This proposal has been forwarded to the Defence Ministry and it is being examined there.

About Permanent Chairman of the Chiefs of Staff Committee and his roles:

PCCoSC is necessary for the following reasons:

The Union Environment Minister Dr. Harsh Vardhan participated in the inauguration of Indian Pavilion at the 24th meeting of Conference of Parties (COP-24) to the United Nations Framework Convention on Climate Change (UNFCCC) held at Katowice, Poland.

Theme of India Pavilion – “One World One Sun One Grid”.

What is the ‘Champions of the Earth award’?

COP24 is the informal name for the 24th Conference of the Parties to the United Nations Framework Convention on Climate Change (UNFCCC).

UNFCCC is an international environmental treaty, entered into force on 21 March 1994. Now, it has near-universal membership. The UNFCCC has 197 parties as of December 2015.

Aim of the UNFCCC: 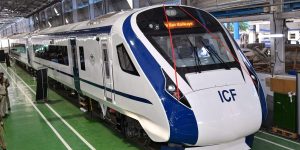 Context: The ninth edition of the Admiral’s Cup Sailing Regatta, the biggest military sailing competitive event in the world as far as the number of participating countries are concerned, is being held at Indian Naval Academy (INA), Ezhimala in Kerala. A total of 32 teams, including 30 from foreign countries are taking part in the event.

International Day of Persons with Disabilities:

Context: The International Day of Persons with Disabilities is observed every year on December 3 to promote the rights and well-being of persons with disabilities in all spheres of society and development.

2018 theme- “Empowering persons with disabilities and ensuring inclusiveness and equality”.