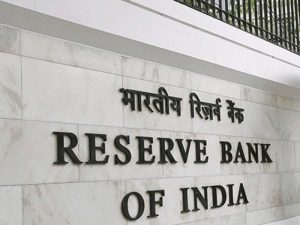 Context: According to Bank of America Merrill Lynch report, the Reserve Bank has “more than adequate” reserves and it can transfer over Rs 1 trillion to the government after a specially constituted panel identifies the “excess capital”.

How does a central bank like the Reserve Bank of India (RBI) make profits?

The RBI is a “full service” central bank — not only is it mandated to keep inflation or prices in check, it is also supposed to manage the borrowings of the Government of India and of state governments; supervise or regulate banks and non-banking finance companies; and manage the currency and payment systems. While carrying out these functions or operations, it makes profits.

What is the nature of the arrangement between the government and RBI on the transfer of surplus or profits?

Although RBI was promoted as a private shareholders’ bank in 1935 with a paid up capital of Rs 5 crore, the government nationalised it in January 1949, making the sovereign its “owner”. What the central bank does, therefore, is transfer the “surplus” — that is, the excess of income over expenditure — to the government, in accordance with Section 47 (Allocation of Surplus Profits) of the Reserve Bank of India Act, 1934.

Does the RBI pay tax on these earnings or profits?

No. Its statute provides exemption from paying income-tax or any other tax, including wealth tax.

How does the government build this surplus into its Budget early in the year?

Well before the annual Budget is unveiled, senior RBI and government officials discuss the likely amount which could be transferred. Typically, the government pitches for a higher share of the surplus while the central bank sometimes prefers to set aside funds for contigencies. Based on these talks, and calculations such as likely income and earnings, an indicative figure is given to the government, which it puts under the head ‘non-tax revenue’ in the receipts budget.

Is there an explicit policy on the distribution of surplus?

No. But a Technical Committee of the RBI Board headed by Y H Malegam, which reviewed the adequacy of reserves and a surplus distribution policy, recommended, in 2013, a higher transfer to the government.

Earlier, the RBI transferred part of the surplus to the Contigency Fund, to meet unexpected and unforeseen contigencies, and to the Asset Development Fund, to meet internal capital expenditure and investments in its subsidiaries in keeping with the recommendation of a committee to build contigency reserves of 12% of its balance sheet. But after the Malegam committee made its recommendation, in 2013-14, the RBI’s transfer of surplus to the government as a percentage of gross income (less expenditure) shot up to 99.99% from 53.40% in 2012-13.