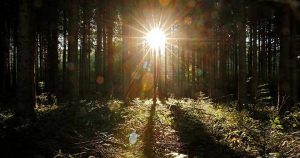 Context: Scientists have found that spraying sun-dimming chemicals high above the earth to slow global warming could be remarkably inexpensive costing about $2.25 billion a year over a 15-year period.

What are Stratospheric Sulphur Aerosols?

These particles consist of a mixture of sulfuric acid and water. They are created naturally, such as by photochemical decomposition of sulfur-containing gases, e.g. carbonyl sulfide.

What is Stratospheric Aerosol Injection (SAI)?

Under SAI delivery of precursor sulfide gases such as sulfuric acid, hydrogen sulfide (H2S) or sulfur dioxide (SO2) are sprayed by artillery, aircraft and balloons.

It would involve the use of huge hoses, cannons or specially designed aircraft to spray large quantities of sulphate particles into the upper layer of the atmosphere to act as a reflective barrier against sunlight.

This proposed method could counter most climatic changes, take effect rapidly, have very low direct implementation costs, and be reversible in its direct climatic effects.

Benefits of the SAI: