Insights into Editorial: The post and the person: on strengthening the EC 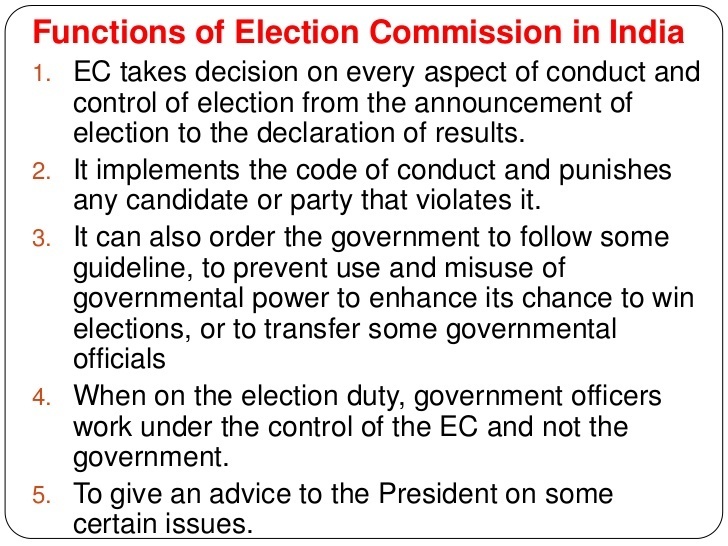 PIL for creating Independent Mechanism to appoint CEC and ECs:

The Constitution Bench of the Supreme Court is examining a public interest litigation (PIL) that could be critical for Indian democracy.

At present, CEC and ECs are simply appointed by the government of the day, without any defined criteria or processes.

Though the ECI has since become an institution of some authority, there have been controversies over appointments of ECs, allegations of partisanship, and new problems such as of voter bribery and paid news, which the ECI has not been able to address so far.

When the Constituent Assembly debated how free and fair elections should be ensured, three important questions arose.

The first was whether free and fair elections should be made a part of fundamental rights or an independent institution, outside the executive, should be established to conduct the elections.

The second critical decision was to have a single, centralised body for elections to the Lok Sabha and State legislatures.

The third question concerned ensuring the independence of the ECI.

Present Issues that are in Concern with ECI:

The Election Commission of India (ECI) has sought complete independence from government control.

At present only, Chief Election Commissioner has security of tenure. Also, its budget is not a charged expenditure, but is voted by the Parliament.

There should be a provision either in law or by some government resolution that the senior most EC should be automatically elevated as CEC in order to instil a feeling of security in the minds of the ECs and that they are insulated from executive interference in the same manner as CEC.

At present, there is no specific provision in the law to this effect and commission has to resort to extraordinary powers under Article 324 of constitution which, it feels should be used sparingly.

If it is approved by the Law Ministry, the poll panel will be free to frame its own recruitment rules and shortlist and appoint officers on its own. It can then also draw competent professionals and experts from the job market.

There should be publicly reprimanded for politicians for violating the Model Code of Conduct, postponed/ cancelled elections if their credibility was compromised, intensified supervision of elections, and insisted on action against errant officials.

It has also sought absolute financial freedom from the Law Ministry. Like the CAG and UPSC, the ECI wants its budget to be ‘charged’ to the Consolidated Fund as opposed to the current practice of being voted and approved by Parliament.

ECI has also proposed an independent secretariat for itself with which it will not have to depend on DoPT to appoint its officers.

The ECI wants print media to be included in Section 126 of the RP Act. This section currently prohibits publication of ads by political parties in electronic media (TV, radio) and recently added social media, 48 hours before voting ends.

The ECI sought amendment to RPA to include specific powers to postpone or countermand polls on the grounds of use of money power.

ECI has been ensuring democratic transfer of political power from one set of representatives to other since independence.

However, in recent times, it is embroiled in various issues & controversies such as EVM malfunctioning, announcement of election dates to benefit ruling government, money and muscle role in elections etc.

During the 1996 general election, the ECI restored the credibility of the election process. The CEC, T.N. Seshan, reinterpreted the ECI’s role and powers, and provided combative, forceful leadership.

As history shows, inadequate leadership is the bane of our public institutions. Safeguards to ensure that ethical and capable people head them are crucial.