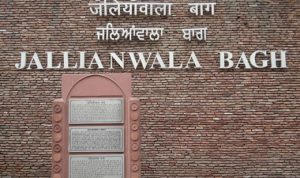 Government of India has decided to mark the remembrance of 100 years of the historical Jallianwalla Bagh Massacre next year.

A number of commemorative as well as constructive activities will be taken up during the remembrance period.

The commemorative coin and postage stamps will be released on 13th April 2019 (the day the incident took place 100 years ago).

A Committee is constituted to ensure timely implementation to Renovate, upgrade and beautify the Jallianwalla Bagh Memorial, and Develop Virtual Reality Theme Based show at the Memorial. 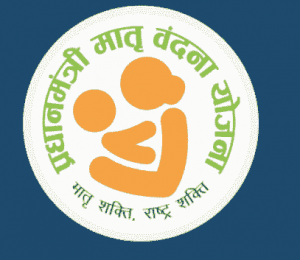 Context: As per the latest data released by the Centre for Digital Financial Inclusion (CDFI) that uses technology for financial inclusion, the government has transferred over Rs 1,600 crore to eligible mothers under Pradhan Mantri Matru Vandana Yojana through direct benefit transfer so far. Rs 16,04,66,63,000 has been transferred through direct benefit transfer to 48.5 lakh women.

CDFI is a non-profit organisation. It had conceptualised, designed and implemented the PMMVY-CAS (Common Application Software) System through which disbursements were made.

The scheme is a conditional cash transfer scheme for pregnant and lactating women of 19 years of age or above for first live birth.

It provides a partial wage compensation to women for wage-loss during childbirth and childcare and to provide conditions for safe delivery and good nutrition and feeding practices.

Under-nutrition continues to adversely affect majority of women in India. In India, every third woman is undernourished and every second woman is anaemic. An undernourished mother almost inevitably gives birth to a low birth weight baby. When poor nutrition starts in-utero, it extends throughout the life cycle since the changes are largely irreversible.

Owing to economic and social distress many women continue to work to earn a living for their family right up to the last days of their pregnancy. Furthermore, they resume working soon after childbirth, even though their bodies might not permit it, thus preventing their bodies from fully recovering on one hand, and also impeding their ability to exclusively breastfeed their young infant in the first six months. 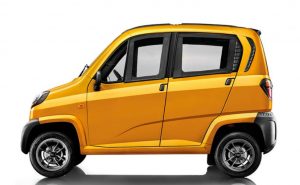 Context: The ministry of road transport and highways has approved the sale of quadricycles for personal use.

Quadricycle – a vehicle of the size of a 3-wheeler but with 4 tyres and fully covered like a car. It has an engine like that of a 3-wheeler.

Ministry of Road Transport & Highways notified the insertion of ‘Quadricycle’ as a ‘non transport’ vehicle under the Motor Vehicles Act 1988.

Quadricycles were only allowed for transport usage under the Act, but now has been made usable for non-transport also (Personal use).

Intention behind this move:

The main aim is to give another mobility option, especially to the middle class who want to upgrade from two-wheelers. Besides, a person cannot carry family members in a three-wheeler, therefore, quadricycles are being allowed in the private category. The move will help them to upgrade to four-wheelers and move around with family.

It is cheap and safe mode of transport for last mile connectivity.

Quadricycles will not be allowed for transporting cargo or luggage.

Impact on the auto- industry:

Quadricycles will pose a serious challenge to entry level cars. With the centre giving a go-ahead on the sale of quadricycles for personal use, top auto makers will have to revamp their strategy on entry-level cars, given quadricycles are expected to be far cheaper.

Analysis- what is left out?

While the government is trying to improve the safety standards of vehicles for Indian roads, quadricycles may not even meet the basic safety norms. Quadricycles should have been restricted only for commercial purposes since they don’t meet the emission and safety norms of passenger cars. The regulators have been lenient and have diluted the norms for vehicles in this segment.

Earlier this year, the Indian Government had approved of the Quadricycle as a vehicle category. Similar to all other vehicles sold in India even the Quadricycle vehicles will have to undergo a rigorous crash test and will have to meet the Bharat New Vehicle Safety Assessment Program (BNVSAP) safety norms and also the BS-VI emission norms.

The government has also approved full electric or hybrid models of Quadricycle vehicles but even those models cannot skip the stringent crash test norms.

Context: To increase transparency and build transport solutions, the transport department of the Delhi government has launched the Open Transit Data platform which provides real-time datasets free of cost.

About the Open Transit Data Platform:

It is a major step to promote collaboration and co-creation of innovative and inclusive transport solutions for the people of Delhi. This initiative will provide a lot of useful information at the fingertips of citizens and encourage more and more people to switch to public transport, thereby impacting pollution. 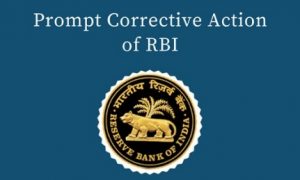 Context: The 11 state-run banks, which are under the RBI’s prompt corrective action (PCA) framework, have seen a 400 basis points increase in their share of retail loans at 19% in the four years ending September 2018.

The RBI began to place state-run banks under the PCA framework for the first time in September 2016, when their NPAs soared beyond the regulatory tolerance levels.

Banks under the PCA have lost market share to private sector banks in corporate loans and unsecured personal loans, and it will be a Herculean task for the affected banks to claw this back. The PCA framework puts restrictions on weaker banks on many aspects, including fresh lending and expansion, and salary hikes, among others.

What are the types of restrictions?

Small and medium enterprises will have to bear the brunt due to this move by RBI. Since the PCA framework restricts the amount of loans banks can extend, this will definitely put pressure on credit being made available to companies especially the MSMEs.

Large companies have access to the corporate bond market so they may not be impacted immediately. It has been predicted that if more state-owned banks are brought under PCA, it will impact the credit availability for the MSME segment.

Context: According to the 2017-18 annual report of Pradhan Mantri Mudra Yojana (PMMY), though NBFCs sanctioned only over ₹27,000 crore of Mudra loans in FY18 against ₹92,492.68 crore by public sector banks, their year-on-year growth was faster. While NBFC Mudra loan sanctions increased ₹21,562.63 crore from a year ago, state-run banks could raise their Mudra loans by only ₹20,539.01 crore in the same period.

Impressively, NBFCs not only met their Mudra target of ₹9,050 crore for FY18, but their sanctions for the year were a five-fold jump from the previous year.

The PMMY Scheme was launched in April, 2015. The scheme’s objective is to refinance collateral-free loans given by the lenders to small borrowers.

There are three types of loans under PMMY:

Fund the unfunded: Those who have a business plan to generate income from a non-farm activity like manufacturing, processing, trading or service sector but don’t have enough capital to invest can take loans up to Rs 10 lakh.

Integration of Informal economy into Formal sector: It will help India also grow its tax base as incomes from the informal sector are non-taxed.

From November 19 to 22, Pune hosted an international conference on microbiome research — a field of study that is still in its infancy in India.

What is “Human Microbiome”?

The human body carries diverse communities of microorganisms, which are mainly bacterial. These are referred to as “human microbiome”.

These organisms play a key role in many aspects of host physiology, ranging from metabolism of otherwise complex indigestible carbohydrates and fats to producing essential vitamins, maintaining immune systems and acting as a first line of defense against pathogens.

Significance of research on the human microbiome:

Research on the human microbiome has thrown light on various aspects — how different parts of the human body are occupied by characteristic microbial communities, and how various factors contribute in shaping the composition of the microbiome, including the genetics, dietary habits, age, geographic location and ethnicity. These studies laid a strong foundation to decipher the microbiome’s implications on health and a wide range of diseases.

India has proposed a project that would study and map the human microbiome across the country. The Rs 150-crore project will get approval soon.

Scientists at NCSS have conducted a meta-analysis on gut microbiota of healthy Indian individuals and compared it with that of individuals from other parts of the world. It shows that the Indian population harbours a distinct gut microbial community, which, scientists say, calls for an in-depth investigation of the Indian microbiome.

India has a large number of tribal populations largely unaffected by “modern” diet and lifestyle. The prevalence of lifestyle-related disorders such as obesity and diabetes has been known to be significantly lower compared to the non-tribal (urbanised) populations across the globe. Hence, scientists say, a study on the tribal population would help improve knowledge of evolution of the mutualism between gut microbiota and the host.

How was it achieved?

Researchers have cloned Arsenic methyltransferase (WaarsM) gene from a soil fungus, Westerdykellaaurantiaca, and inserted the same into the rice genome with the help of Agrobacterium tumefaciens, a soil bacterium which has natural ability to alter the plant’s genetic makeup.

As large number of people are affected by arsenic toxicity, it is imperative to develop rice with lesser arsenic content and high yield. In this background, biotechnological methods such as modulating the expression of Arsenic metabolism-related genes in rice will be a fruitful and practical approach to decrease arsenic accumulation.