Context: The Supreme Court of India has directed all the states to implement the draft witness protection scheme framed by the Centre in consultation with the National Legal Services Authority (NALSA).

In November last year, the court had asked the Centre as to why a draft scheme cannot be formulated for witness protection in the country when specific provisions in this regard were already there in the National Investigation Agency (NIA) Act.

Objectives of the Witness Protection Scheme-2018:

Need for the scheme:

Victims and witnesses of serious crimes are particularly at risk when the perpetrator is powerful, influential, or rich and the victims or witnesses belong to a socially or economically marginalised community. Girls and women who report sexual violence are often even more vulnerable and face extreme pressure or direct threats from the accused.

Also, witnesses need to have the confidence to come forward to assist law enforcement and prosecutorial authorities. They need to be assured that they will receive support and protection from intimidation and the harm that criminal groups may seek to inflict upon them in attempts to discourage or punish them from co-operating. Hence, legislative measures to emphasise prohibition against tampering of witnesses have become the imminent and inevitable need of the day.

For Prelims and Mains: About ITM, its objectives and significance.

This is the 7th edition of the International Tourism Mart, an annual event organised in the North Eastern region with the objective of highlighting the tourism potential of the region in the domestic and international markets.

The North East Region of India comprising the states of Arunachal Pradesh, Assam, Manipur, Meghalaya, Mizoram, Nagaland, Tripura and Sikkim, is endowed with diverse tourist attractions and products. The varied topography of the region, its flora and fauna, the ethnic communities with their rich heritage of ancient traditions and lifestyles, its festivals, arts and crafts, make it a holiday destination waiting to be explored.

Need and significance of the event:

The ITM will see wide participation of International buyers and media delegates from countries around the world and from different regions of the country. They will be engaging in business-to-business meetings with sellers from the North Eastern Region. This will enable the tourism product suppliers from the region to reach out to international and domestic buyers, with the objective of promoting tourism to the region. 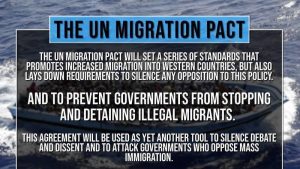 Context: The Australian Government has announced that it would not sign the UN Global Compact for Migration saying that the agreement would undermine its existing immigration policies. Australia argues that the Compact is inconsistent with its well-established policies and not in Australia’s interest.

Australia’s harsh immigration policy detains asylum-seekers who try to reach the country by boat on remote Pacific islands. While the policy has led to a decline in people-smuggling, hundreds of people are now being held in Papua New Guinea and Nauru.

About Global Compact on Migration:

United Nations for first time has finalized Global Compact for Safe, Orderly and Regular Migration to better manage international migration, address its challenges, strengthen migrant rights and contribute to sustainable development. The agreement will be formally adopted by world leaders in Morocco in December 2018.

Need for a global compact:

Over 250 million migrants worldwide account for 3% of the world’s entire population, but contribute 10% of the global gross domestic production (GDP). Migrants remittance is huge contributor to their home countries’ development.

The Global Compact for Migration (GCM) offers the international community the opportunity to improve workplace productivity and deliver decent work outcomes for migrant and national workers, as well as to shift current misperceptions of migration, by readjusting migration policies to effectively include all labour market aspects.

The GCM is meant to be consistent with target 10.7 of the 2030 Agenda for Sustainable Development – in which Member States committed to cooperate internationally to facilitate orderly, safe and responsible migration.

Ease of Doing business in India: 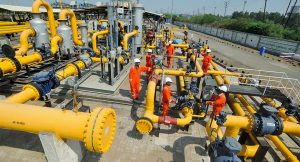 Context: Prime Minister Narendra Modi will lay the foundation stone for City Gas Distribution (CGD) projects across 129 districts to boost availability of gas supply for half of the country’s population in 26 states and Union Territories.

Government of India has put thrust to promote the usage of environment friendly clean fuel i.e. natural gas as a fuel/feedstock across the country to move towards a gas based economy.

Accordingly, development of CGD networks has been focused to increase the availability of cleaner cooking fuel (i.e. PNG) and transportation fuel (i.e. CNG) to the citizens of the country. The expansion of CGD network will also benefit to industrial and commercial units by ensuring the uninterrupted supply of natural gas. 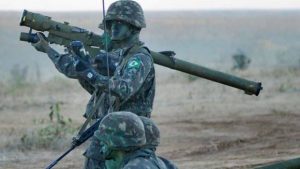 What are Horned frogs? Horned frogs get their name from fleshy horn-like projection on upper eyelids of some species 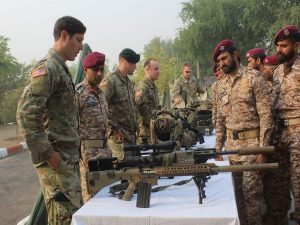 What is it? ‘Vajra Prahar’ is a Indo-US Special Forces joint training exercise conducted alternately in India and the US.

Why in News? The 2018 edition of this exercise has commenced at Mahajan Field Firing Range (MFFR), Bikaner in Rajasthan.

Aim and objectives of the exercise: The aim of the exercise is to promote military relations between the two countries by enhancing interoperability and mutual exchange of tactics between Special Forces. The objectives of the joint training is to share the best practices between the two armies and to develop joint strategies by sharing expertise of conducting operations in a counter-insurgency and counter-terrorism environment, while capitalising on the rich repository of experiences of each other armies.