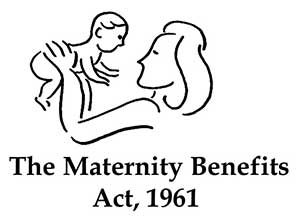 Context: In a bid to encourage employers, especially in the private sector, to implement the extended 26-week maternity leave law, the Labour Ministry is planning to refund them for seven weeks’ worth of wages for women workers with a wage ceiling up to ₹ 15,000 per month. The Ministry is in the process of getting budgetary approvals for the ₹400 crore incentive scheme.

The Maternity Benefit Act, 1961, applies to establishments employing 10 or more than 10 persons in factories, mines, plantation, shops & establishments and other entities.

The main purpose of this Act is to regulate the employment of women in certain establishments for certain period before and after child birth and to provide maternity benefit and certain other benefits. The Act was amended through the Maternity Benefit (Amendment) Act, 2017.

The amendment has brought in major changes to the law relating to maternity benefits. These are: 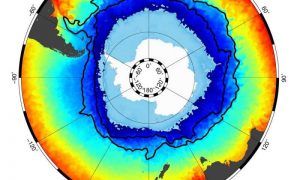 For Prelims and Mains: Antarctic Circumpolar Current and its role in keeping Antarctica frozen.

Context: The Antarctic Circumpolar Current, or ACC is changing as the world’s climate warms. Scientists are studying the current to find out how it might affect the future of Antarctica’s ice sheets, and the world’s sea levels.

The Antarctic Circumpolar Current, or ACC, is the strongest ocean current on our planet. It extends from the sea surface to the bottom of the ocean, and encircles Antarctica. It is vital for Earth’s health because it keeps Antarctica cool and frozen.

The ACC carries an estimated 165 million to 182 million cubic metres of water every second (a unit also called a “Sverdrup”) from west to east, more than 100 times the flow of all the rivers on Earth. It provides the main connection between the Indian, Pacific and Atlantic Oceans.

The tightest geographical constriction through which the current flows is Drake Passage, where only 800 km separates South America from Antarctica. While elsewhere the ACC appears to have a broad domain, it must also navigate steep undersea mountains that constrain its path and steer it north and south across the Southern Ocean.

What is the Antarctic Circumpolar Current?

Antarctica is a frozen continent surrounded by icy waters. Moving northward, away from Antarctica, the water temperatures rise slowly at first and then rapidly across a sharp gradient. It is the ACC that maintains this boundary.

The ACC is created by the combined effects of strong westerly winds across the Southern Ocean, and the big change in surface temperatures between the Equator and the poles.

Ocean density increases as water gets colder and as it gets more salty. The warm, salty surface waters of the subtropics are much lighter than the cold, fresher waters close to Antarctica. The depth of constant density levels slopes up towards Antarctica. The westerly winds make this slope steeper, and the ACC rides eastward along it, faster where the slope is steeper, and weaker where it’s flatter.

In the ACC there are sharp changes in water density known as fronts. The Subantarctic Front to the north and Polar Front further south are the two main fronts of the ACC (the black lines in the images). Both are known to split into two or three branches in some parts of the Southern Ocean, and merge together in other parts. Scientists can figure out the density and speed of the current by measuring the ocean’s height, using altimeters.

The path of the ACC is a meandering one, because of the steering effect of the sea floor, and also because of instabilities in the current. The ACC also plays a part in the meridional (or global) overturning circulation, which brings deep waters formed in the North Atlantic southward into the Southern Ocean. Once there it becomes known as Circumpolar Deep Water, and is carried around Antarctica by the ACC. It slowly rises toward the surface south of the Polar Front.

Once it surfaces, some of the water flows northward again and sinks north of the Subarctic Front. The remaining part flows toward Antarctica where it is transformed into the densest water in the ocean, sinking to the sea floor and flowing northward in the abyss as Antarctic Bottom Water. These pathways are the main way that the oceans absorb heat and carbon dioxide and sequester it in the deep ocean.

The ACC is not immune to climate change. The Southern Ocean has warmed and freshened in the upper 2,000 m. Rapid warming and freshening has also been found in the Antarctic Bottom Water, the deepest layer of the ocean.

Waters south of the Polar Front are becoming fresher due to increased rainfall there, and waters to the north of the Polar Front are becoming saltier due to increased evaporation. These changes are caused by human activity, primarily through adding greenhouse gases to the atmosphere, and depletion of the ozone layer. The ozone hole is now recovering but greenhouse gases continue to rise globally. 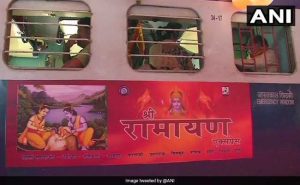 Context: The Shri Ramayana Express, a special tourist train to run on the Ramayana circuit to cover major spots related to the Hindu epic was recently flagged off from Safdarjung Railway Station in Delhi. The train will complete its journey till Rameswaram in Tamil Nadu, in 16 days covering all important destinations associated with the life of Lord Ram.

All you need to know about Ramayan Circuit:

Context: For the first time in more than two years, the OSIRIS-REx spacecraft has unfurled its robotic arm and put it through a series of maneuvers to ensure its space-worthiness after being packed away for launch and a long flight to the asteroid Bennu.

The launch of the NASA OSIRIS-REx mission took place on September 8, 2016. Since then, the spacecraft has been two years travelling through space to reach its target, primitive asteroid Bennu, in October, 2018.

What will the OSIRIS-Rex do?

OSIRIS-REx will spend two years travelling towards Bennu, arriving at the asteroid in August 2018. The probe will orbit the asteroid for 3 years, conducting several scientific experiments, before returning to Earth, with the sample capsule expected to land in Utah, USA in September 2023.

Proximity to Earth: In order for OSIRIS-REx to reach its destination in a reasonable timeframe, NASA needed to find an asteroid which had a similar orbit to Earth. Around 7000 asteroids are ‘Near-Earth Objects’ (NEOs), meaning they travel within around ~30million miles of the Earth. Out of these, just under 200 have orbits similar to Earth, with Bennu being one of these.

Composition: Bennu is a primitive asteroid, meaning it hasn’t significantly changed since the beginning of the Solar System (over 4 billion years ago). It is also very carbon-rich, meaning it may contain organic molecules, which could have been precursors to life on Earth.

Additionally, Bennu is of interest as it is a Potentially Hazardous Asteroid (PHA). Every 6 years, Bennu’s orbit brings it within 200,000 miles of the Earth, which means it has a high probability of impacting Earth in the late 22nd Century. 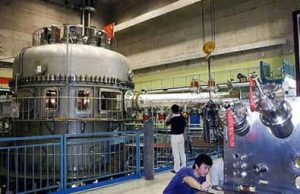 For Prelims and Mains: Experimental Advanced Superconducting Tokamak (EAST) reactor- key features, significance, how it works and about fusion energy.

It is an experimental superconducting tokamak magnetic fusion energy reactor in Hefei, China. The Hefei-based Institute of Plasma Physics is conducting the experiment for the Chinese Academy of Sciences. It has operated since 2006. It was later put under control of Hefei Institutes of Physical Science.

The EAST stands at 11 metres tall, has a diameter of 8 metres and weighs about 360 tonnes.

Now that China’s “artificial sun” is capable of heating plasma to the necessary temperature, researchers can focus on the next steps along the path to stable nuclear fusion. 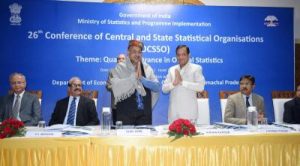 Context: The 26th edition of Central and State Statistical Organizations (COCSSO) Conference was recently organized by the Ministry of Statistics and Programme Implementation (MoSPI) in collaboration with Directorate of Economics and Statistics, Government of Himachal Pradesh at Dharamshala, Himachal Pradesh.

COCSSO is an annual conference which provides a platform for the Central and State statisticians to exchange views and discuss common issues relating to statistical activities.

The theme of the 26th Conference was “Quality Assurance in Official Statistics”.