Context: Stating that State governments had failed to curb stubble burning, the National Green Tribunal (NGT) has directed the Chief Secretaries of Delhi, Punjab, Haryana and Uttar Pradesh to draw up a plan to provide economic incentives and disincentives to farmers.

Stubble burning is adversely affecting environment and public health. The problem has not been fully tackled and the adverse impacts on the air quality and consequent impacts on the citizens’ health and lives are undisputed.

What needs to be done- Supreme Court’s observations?

About the National Green Tribunal (NGT):

What is it? NGT has been established under the National Green Tribunal Act 2010 for effective and expeditious disposal of cases relating to environmental protection and conservation of forests and other natural resources.

Ambit: The tribunal deals with matters relating to the enforcement of any legal right relating to environment and giving relief and compensation for damages to persons and property. 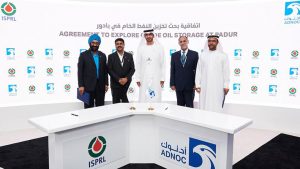 Context: The Indian Strategic Petroleum Reserves Ltd (ISPRL) has signed a Memorandum of Understanding (MoU) with the Abu Dhabi National Oil Company (ADNOC) in Abu Dhabi to explore the possibility of storing ADNOC crude oil at ISPRL’s underground oil storage facility at Padur in Karnataka, which has a 2.5 million tonne capacity. Under the agreement, ADNOC is expected to store crude in compartments at Padur.

In June 2018, the Union Government had announced the creation of two new reserves, a 4 million tonnes storage facility at Chandikhol in the eastern state of Odisha and an additional 2.5 million-tonne facility at Padur. 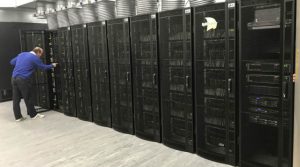 For Prelims and Mains: About SpiNNaker, potential applications and what are biological neurons.

What is it? It is the world’s largest supercomputer designed to work in the same way as the human brain. It has been switched on for the first time.

The newly formed million-processor-core Spiking Neural Network Architecture (SpiNNaker) machine is capable of completing more than 200 million million actions per second, with each of its chips having 100 million transistors.

What are biological neurons?

What is unique about SpiNNaker?

SpiNNaker is unique because, unlike traditional computers, it does not communicate by sending large amounts of information from point A to B via a standard network. Instead it mimics the massively parallel communication architecture of the brain, sending billions of small amounts of information simultaneously to thousands of different destinations. 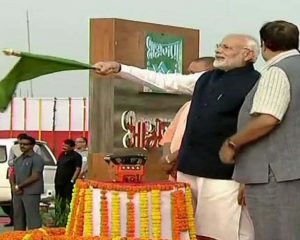 Implementation: The JMVP, which is expected to be completed by March, 2023, is being implemented with the financial and technical support of the World Bank. The project will enable commercial navigation of vessels with the capacity of 1500-2,000 tons on NW-I.

Its objective is to promote inland waterways as a cheap and environment-friendly means of transportation, especially for cargo movement. The Inland Waterways Authority of India (IWAI) is the project implementing agency.

Ganga-Bhagirathi-Hooghly river system from Allahabad to Haldia was declared as National Waterway No.1. The NW-1 passes through Uttar Pradesh, Bihar, Jharkhand and West Bengal and serves major cities and their industrial hinterlands. 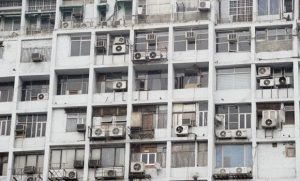 Context: As per a report written by the Rocky Mountain Institute, by 2022, India is expected to have a fourth of the world’s air conditioning units, and the risks to climate from this could be immense.

Need for energy efficiency in the area of air- conditioning:

Efforts by government in this regard:

Union Power Ministry has launched a campaign to promote energy efficiency in the area of air-conditioning. This initiative is launched on voluntary basis to increase awareness and encourage consumers to adopt the guidelines. It will save energy and reduce greenhouse gases.

Context: Amnesty International has stripped Myanmar’s leader Aung San Suu Kyi of its highest honour, the ‘Ambassador of Conscience’ award, over her indifference to atrocities committed by the Myanmar military against and increasing intolerance of freedom of expression.

The Amnesty International, an international human rights group, named Suu Kyi as its 2009 Ambassador of Conscience Award recipient when she was still under house arrest for her opposition to Myanmar’s oppressive military. However, considering her failure to speak out and her shielding of the security forces from accountability for the violence against the Rohingya, the organisation withdrew the honour from her.