Mumbai has won 19 recognitions since the inception of the awards in 2000 – the most for any city in India.

For Prelims and Mains: CCI- features, composition, functions and significance, Key features of the Competition Act.

Context: Ashok Kumar Gupta has been appointed as the chairperson of the Competition Commission of India (CCI). It was approved by the Appointments Committee of the Cabinet (ACC).

About Competition Commission Of India:

The Competition Commission of India (CCI) was established under the Competition Act, 2002 for the administration, implementation and enforcement of the Act, and was duly constituted in March 2009. Chairman and members are appointed by the central government.

The following are the objectives of the Commission:

Functions of the commission:

The Competition Act, 2002, as amended by the Competition (Amendment) Act, 2007, prohibits anti-competitive agreements, abuse of dominant position by enterprises and regulates combinations (acquisition, acquiring of control and M&A), which causes or likely to cause an appreciable adverse effect on competition within India.

Context: A National Monogenic Diabetes Study Group has been formed to identify cases of monogenic diabetes across the country. Supported by the Indian Council of Medical Research (ICMR), the Madras Diabetes Research Foundation (MDRF) and Dr. Mohan’s Diabetes Specialities Centre (DMDSC) will be the national coordinating centre for the study group.

What is Monogenic Diabetes? 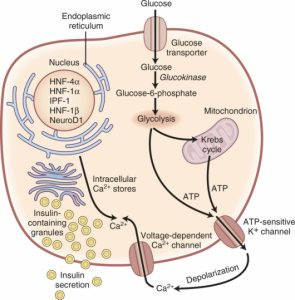 Monogenic diabetes is a group of disorders where mutation of a single gene causes diabetes; the three commonest forms being – Maturity Onset Diabetes of the Young (MODY), Neonatal Diabetes Mellitus (NDM) and Congenital Hypoglycaemia.

In addition to blood sugar issues, some of the forms of Monogenic diabetes involve metabolic issues such as:

For Prelims and Mains: Features and significance of INSPIRE programme, about EESL and EERF.

Context: The second edition of International Symposium to Promote Innovation & Research in Energy Efficiency (INSPIRE) is being held in New Delhi. The symposium will focus on enhancing grid management, e-Mobility, financial instruments and technologies for energy efficiency in India.

Alongside, to support investments in new, innovative and scalable business models, EESL and Asian Development Bank (ADB) have signed an agreement for a Global Environment Facility (GEF) grant of USD 13 million to establish an Energy Efficiency Revolving Fund (EERF).

EERF aims to expand and sustain investments in the energy efficiency market in India, build market diversification, and scale up existing technologies.

Energy Efficiency Services Limited (EESL), under the administration of Ministry of Power, Government of India, is working towards mainstreaming energy efficiency and is implementing the world’s largest energy efficiency portfolio in the country.

Central Board of the RBI

Why has the RBI Board been in the news?

The RBI Board recently entered the news during the public spat between the central bank and the Finance Ministry. One of the reasons for the disagreement was the government’s alleged threat of invoking Section 7 of the RBI Act.

Section 7 basically empowers the government to supersede the RBI Board and issue directions to the central bank if they are considered to be “necessary in public interest”.

What is the RBI Board?

The RBI Board is a body comprising officials from the central bank and the Government of India, including officials nominated by the government. According to the RBI, the “general superintendence and direction of the affairs and business of the RBI is entrusted to the Central Board” and the Board exercises all powers and does all acts and things that are exercised by the RBI. The Board is also to recommend to the government the design, form and material of bank notes and also when and where they can serve as legal tender.

Who sits on the Board?

When does the Board meet?

NASA to send organs on chips to space: 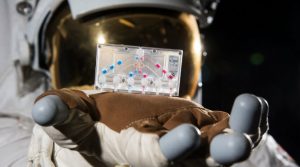