A reportedly man-eater tigress named Avni or T1 was recently killed in October 2018 after a trail over 3 months by over 200 men with sniffer dogs, drones and trap cameras. The hunt also became a controversial topic as conservation of tigers is felt very important. For conservation of tigers in India, various measures have been taken by the Government over past few decades. 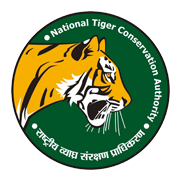 CONVENTION ON INTERNATIONAL TRADE IN ENDANGERED SPECIES OF WILD FAUNA AND FLORA (CITES):

Tiger populations which once ranged widely across Asia, has lost 93% of its historic range over the past 100 years. Its population has declined rapidly (from about 1 lakh at the start of the 20th century to estimated 3,890 worldwide) due to reasons like habitat destruction, habitat fragmentation and poaching. It has been classified as endangered in the IUCN Red List. Internationally, bodies like CITES and TRAFFIC have put their efforts for conservation of tigers. In India, initiatives like Project Tiger are important and efforts must be continued to improve their population further to conserve the ecological pyramid.

With reference to the IUCN and CITES, which of the following statements is/are correct?

Which of the above statements is/are correct?