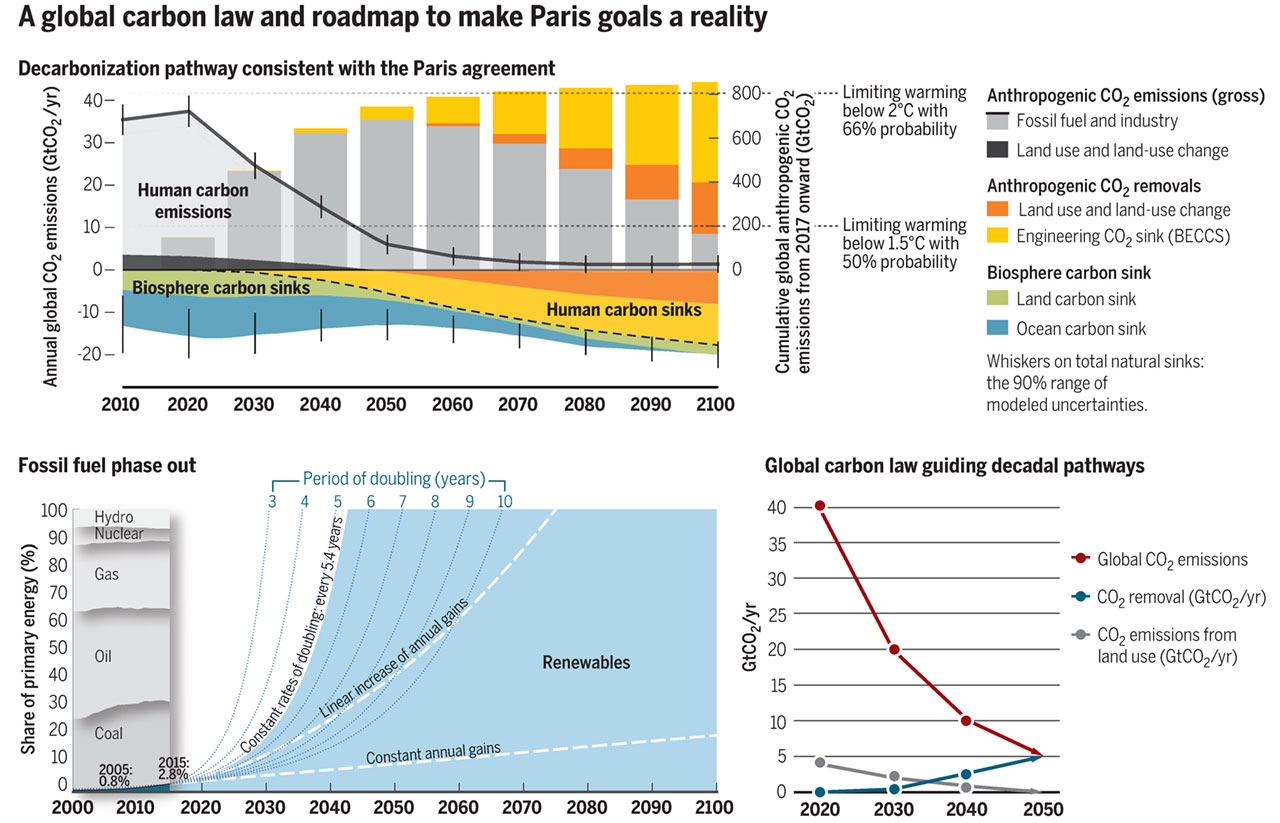 Even at the time of its signing in 2015, it was clear that the Paris Agreement on climate change would not be enough to avoid global warming of 1.5° C over pre-industrial temperatures.

In fact, early analyses revealed that the collective effect of Nationally Determined Contributions (NDCs) would result in 3-5° C of warming. More recently, there has been mounting pressure on India to raise its pledges further.

The Intergovernmental Panel on Climate Change (IPCC) report on 1.5° C has come at a time when there are multiple alarms for India.

Another study in Nature Climate Change identifies India as the country with the most expected damage from rising levels of carbon dioxide.

How should India respond?

India’s NDC is already ambitious and it has made decisive changes in its energy sector.

Meanwhile, the U.S. has pulled out of the climate treaty, and the support of Australia and Brazil teeters on the outcome of their respective elections. Some countries are also doing less than they claim.

According to Kevin Anderson at the University of Manchester, with aviation, shipping and trade counted, the U.K. has made no reduction to its greenhouse gas emissions.

For India, Climate Change is a socio-economic challenge:

While India is often mentioned along with China in climate-related discussions as a large emerging economy, the two are very different.

It is clear that past development frameworks have not improved well-being across social strata. Instead, evidence indicates that economic growth has gone hand-in-hand with rising inequality and the creation of a small but powerful class of the super-rich.

What will be the Need of the hour?

To deal with these complex challenges it is needed to deepen and expand India’s commitment to the Sustainable Development Goals (SDGs).

Only the transformative and cross- scale changes can realise the synergies of meeting SDGs, reducing greenhouse gas emissions and adapting to a changing climate.

In Primary activities such as Agriculture:

Sustainable approaches to land are evident in cases such as forest conservation in Mendha-Lekha village in Maharashtra and community delivery of public services in Nagaland.

These and several other instances are documented in initiatives such as Vikalp Sangam.

Successful models are already effective on small scales in many States.

Andhra Pradesh is attempting to replicate widely one such approach, Zero Budget Natural Farming, to all its farmers by 2024 with an expected savings of 2 million tonnes of carbon dioxide per year.

If similar methods were used for the entire country, the savings would be substantial.

In the near future, entrepreneurs could make use of rapidly lowering storage costs to build decentralised, neighbourhood-scale micro-utilities, managed by locally owned enterprises and cooperatives.

With modern power electronics and innovations in hybrid waste to energy, water recycling and community gardens could be integrated as standalone modules that are connected to larger grids.

Policymakers, with inputs from academia, community workers and the public, could then work on how these would be repeated in other contexts keeping climate impacts in mind.

Large investments are needed to make the transitions in each sector that would take the country to a near zero-carbon economy.

But given the shortage of external support and the need for rapid deployment, India will not be able to rely entirely on external funds. Some of this could instead be financed through a ‘luxury’ carbon tax that curbs non-essential consumption.

Further, “scaling up” may not be the correct way for size and diversity of India rather, relevant modifications and local and institutional innovation will be more appropriate.

Political pressure and activism across the globe may soon turn the tide in other countries, but India needs to begin now with its enormous untapped successes. We cannot be pressured from outside, but need to change from within.

India has a large number of successful examples of transformative innovation around energy production and access, land, livelihoods and climate resilience will be the way forward.