Context: The Citizenship (Amendment) Bill is gaining momentum yet again as the Assam Government has refused the proposed rally of organisations from West Bengal in support of the Bill.

What is the Citizenship Amendment Bill 2016?

Under Article 9 of the Indian Constitution, a person who voluntarily acquires citizenship of any other country is no longer an Indian citizen.

Citizenship by descent: Persons born outside India on or after January 26, 1950, but before December 10, 1992, are citizens of India by descent if their father was a citizen of India at the time of their birth.

Who is an illegal immigrant?

According to the Citizenship Act (1955), an illegal immigrant is defined as a person who enters India without a valid passport or stays in the country after the expiry of the visa permit. Also, the immigrant who uses false documents for the immigration process.

What are the guidelines to become an Indian citizenship?

Citizenship is granted to an individual by the government of the country when he/she complies with the legal formalities, so it’s like a judicial concept.

The National Register of Citizens (NRC) is a list that contains names of Indian citizens of Assam. It was last prepared after Census in 1951.Assam, which had faced an influx of people from Bangladesh since the early 20th century, is the only state having an NRC.

International Conference on Status and Protection of Coral Reefs (STAPCOR – 2018)

For Prelims and Mains: About STAPCOR, Coral reefs- significance, threats and measures to save them.

Context: The International Conference on Status and Protection of Coral Reefs (STAPCOR – 2018) is being held at Bangaram coral Island of Territory of Lakshadweep.

Organizers: It was jointly organized by Department of Environment and Forest, Union Territory of Lakshadweep Administration with the technical support of Zoological Survey of India (ZSI) and in association with Ministry of Environment, Forest and Climate Change (MoEFCC), International Union for Conservation of Nature (IUCN), Environmental Information System (ENVIS) in consonance with declaration of year 2018 as 3rd decadal International year of Reefs.

The effect of climate change and global warming along with El-Nino on the corals has lead to heavy bleaching internationally during the year 1998. This led to the foundation of STAPCOR with a decision to have a international conference in every 10 years to review the status and progress of coral reefs all over the world.

The first IYOR was designated in 1997 in response to the increasing threats on coral reefs and associated ecosystems. The hope was to increase awareness of the value of and threats to coral reefs, and to promote conservation, research and management efforts on a global scale.

Corals are invertebrates belonging to a large group of colourful and fascinating animals called Cnidarians. Other animals in this group include jellyfish and sea anemones. Each individual coral animal is called a polyp, and most live in groups of hundreds to thousands of genetically identical polyps that form a ‘colony’. The colony is created by a process called budding, where the original polyp literally grows copies of itself.

Corals are generally classified as either “hard” or “soft”. There are around 800 known species of hard coral, also known as ‘reef building’ or scleractinian corals. Soft corals, or octocorals, which include seas fans, sea feathers and sea whips, don’t have the rock-like calcareous skeleton, instead they grow wood-like cores for support and fleshy rinds for protection.

Soft corals also live in colonies, that often resemble brightly coloured plants or trees, and are easy to tell apart from hard corals as their polyps have tentacles that occur in multiples of 8, and have a distinctive feathery appearance. Soft corals are found in oceans from the equator to the north and south poles, generally in caves or on ledges. Here, they hang down in order to capture food floating by in the currents.

What are coral reefs?

Coral reefs have evolved on earth over the past 200 to 300 million years, and have developed a unique and highly evolved form of symbiosis. Coral polyps have developed this relationship with tiny single-celled algae known as zooxanthellae. Inside the tissues of each coral polyp live these zooxanthellae, sharing space and nutrients.

This symbiosis between plant and animal also contributes to the brilliant colors of coral that can be seen while diving on a reef. It is the importance of light that drives corals to compete for space on the sea floor, and so constantly pushes the limits of their physiological tolerances in a competitive environment among so many different species. However, it also makes corals highly susceptible to environmental stress. 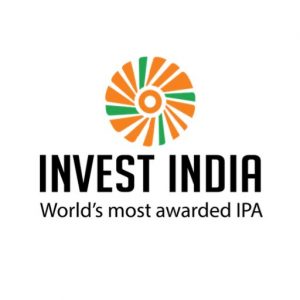 What is Invest India?

Invest India is the National Investment Promotion and Facilitation Agency of India and acts as the first point of reference for investors in India.

Invest India is set up as a non profit venture under the Department of Industrial Policy and Promotion, Ministry of Commerce and Industries, Government of India.

A joint venture: Operationalized in early 2010, Invest India is set up as a joint venture company between the Department of Industrial Policy & Promotion (DIPP), Ministry of Commerce & Industry (35% equity), Federation of Indian Chambers of Commerce and Industry (FICCI) (51% equity), and State Governments of India (0.5% each).

Why Invest in India?

The awards are given annually by United Nations Conference on Trade and Development (UNCTAD) since 2002 as part of its investment promotion and facilitation programme.

SC order on use and sale of firecrackers 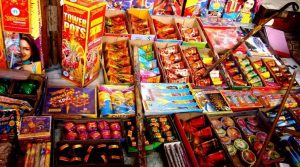 For Prelims and Mains: Highlights and significance of the order.

Context: The Supreme Court has ordered a partial ban on the sale and use of firecrackers, ahead of Diwali next month. Hearing a bunch of petitions seeking a blanket ban on firecrackers to help curb air pollution, the court has allowed the use of “safer” firecrackers for a limited time period during festivals.

What’s in the Supreme Court order?

Three children, aged between three and four, were among the petitioners who sought blanket ban on the sale, use and transportation of firecrackers citing concerns of air pollution. On October 9 last year, the Supreme Court had suspended the use of firecrackers till November 1 in Delhi-NCR to test whether and how much, firecrackers contribute to the air quality.

The apex court had said there is a need to take into account all aspects, including the fundamental right of livelihood of firecracker manufacturers and the right to health of over 1.3 billion people in the country, while considering a plea for the ban. 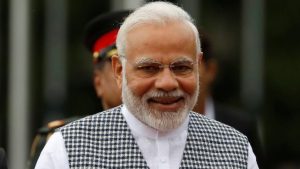 What is it? It is a joint bilateral military exercise between Pakistan and Russian special forces. The 2018 edition is being held in Pakistan.

Background: Druzhba military exercise between Russia and Pakistan was started in 2016. “Druzba” is Russian word, which means “friendship”.

What is it? It is joint military exercise between United Arab Emirates (UAE) and United States (US). The latest edition is being held in Dubai.