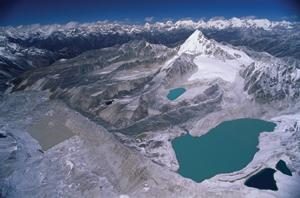 For Prelims and Mains: All about third pole, its location, significance and climate change issues associated.

Context: Scientists conducting research in the third pole area have warned of disturbing global warming trends, and how, if they continue, they could affect the lives of 1.3 billion people. The glacier has lost 60% of its mass and shrunk 250 m since 1982.

What is the Third Pole?

The Hindu Kush-Himalayan region spans an area of more than 4.3 million square kilometres in Afghanistan, Bangladesh, Bhutan, China, India, Myanmar, Nepal, and Pakistan. The region stores more snow and ice than anywhere else in the world outside the polar regions, giving its name: ’The Third Pole‘. The Third Pole contains the world’s highest mountains, including all 14 peaks above 8,000 metres, is the source of 10 major rivers, and forms a formidable global ecological buffer.

The Third Pole region has enormous socioeconomic and cultural diversity; it is home to many different ethnic communities speaking more than 600 languages and many more dialects. It is endowed with rich natural resources and contains all or part of four global biodiversity hotspots. The mountain resources provide a wide range of ecosystem services and the basis for the livelihoods to the 210 million people living in the region, as well as indirectly to the 1.3 billion people — one fifth of the worlds’ population — living in the downstream river basins. More than 3 billion people benefit from the food and energy produced in these river basins that have their origin in the mountains.

The Third Pole and Climate Change:

The Third Pole Environment (TPE): TPE, an international research program, was launched in 2009 and focuses on the Tibetan Plateau and surrounding mountain ranges.

For Prelims and Mains: Procedure to change the name of states in India.

Context: West Bengal government’s move to rename WB as “Bangla” has hit a roadblock after concerns that the new name may sound like Bangladesh, and it would be difficult to differentiate the two at international forums.

In 2016, the West Bengal Assembly passed a resolution to change the name of West Bengal to Bangla in Bengali, Bengal in English and Bangal in Hindi.

The procedure of renaming of the state can be initiated by either the Parliament or the State Legislator and the procedure is as follows:

Initiation by a State:

If any fresh proposal comes from states to the Home Ministry, it will prepare a note for the Union Cabinet for an amendment to the Schedule 1 of the Constitution. Thereafter, a Constitution Amendment Bill will be introduced in Parliament, which has to approve it with a simple majority, before the President gives his assent to it.

For Prelims and Mains: Key features of the benami act, special courts and significant features.

Context: The Union Government has issued a notification stating that sessions courts in 34 states and union territories, will act as special courts for the trial of offences under the benami transaction law. 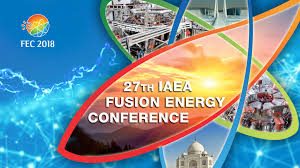 For Prelims and Mains: GCF- key objectives, significance and funding in various projects.

Context: Green Climate Fund has approved more than $1 billion in new investments after a meeting held recently in Bahrain.

The GCF was set up in 2010 under the UNFCCC’s financial mechanism to channel funding from developed countries to developing countries to allow them to mitigate climate change and also adapt to disruptions arising from a changing climate. It was central to the Paris climate agreement signed in 2015, that the world’s largest historical emitter.

Who will govern the Fund?

The Fund is governed and supervised by a Board that will have full responsibility for funding decisions and that receives the guidance of the COP. The Fund is accountable to, and functions under the guidance of, the COP. 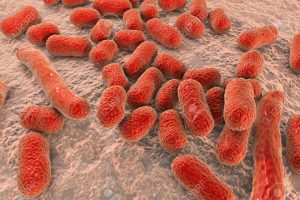 For Prelims and Mains: Acinetobacter Junii- key facts and how it helps in degradation of toluene.

Context: Using bacteria- Acinetobacter Junii, isolated from soil and effluents near an oil refinery, researchers from the University of Delhi and IIT-BHU, have successfully degraded toluene into less-toxic byproducts.

Toluene is one of the petrochemical wastes that get released without treatment from industries such as refineries, paint, textile, paper and rubber. Toluene has been reported to cause serious health problems to aquatic life, and studies point that it has genotoxic and carcinogenic effects on human beings.

Context: India’s longest river bridge with total length of 19.3 kilometers will be built on Brahmaputra river in Assam. 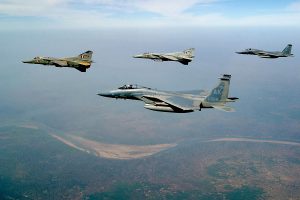 Context: India and US have agreed to elevate their bilateral ‘Cope India’ air exercise to trilateral format by including Japan. The next edition of this exercise is scheduled to be held in December 2018.