For Prelims and Mains: Particulars of Azad Hind Government- objectives, accomplishments and other related key facts.

Context: Seventy years after Subhash Chandra Bose assumed the leadership of the ‘Azad Hind Government’, PM Narendra Modi will hoist the national flag and unveil a plaque to celebrate the 75th anniversary of the erstwhile government on October 21 at the Red Fort.

Netaji Subhash Chandra Bose had announced the establishment of the provisional government of Azad Hind in occupied Singapore in 1943.

Known as Arzi Hukumat-e-Azad Hind, it was supported by the Axis powers of Imperial Japan, Nazi Germany, the Italian Social Republic, and their allies.

The revered freedom fighter had launched a struggle to free India from British rule under the banner of the provisional government-in exile during the latter part of the Second World War.

Bose was convinced that armed struggle was the only way to achieve independence for India. He had been a leader of the radical wing of the Indian National Congress in the late 1920s and 1930s, rising to become Congress president in 1938 and 1939 but was ousted following differences with Mahatma Gandhi and the Congress leadership.

Under his provisional government, the Indians living abroad had been united. The Indian National Army drew ex- prisoners and thousands of civilian volunteers from the Indian expatriate population in Malaya (present-day Malaysia) and Burma (now Myanmar).

On October 21, 1943, in his address announcing the setting up of the provisional government, he said India’s Army of Liberation was drawn up in military formation on the battlefield of Singapore which was once the bulwark of the British Empire.

Under the provisional government, Bose was the head of the state, the prime minister and the minister for war and foreign affairs. Captain Lakshmi headed the women’s organisation while S A Ayer headed the publicity and propaganda wing.

Revolutionary leader Rash Behari Bose was designated as the supreme advisor. The provisional government was also formed in the Japanese-occupied Andaman and Nicobar Islands. The islands were reoccupied by the British in 1945.

Bose’s death was seen as the end to the Azad Hind movement. The Second World War, also ended in 1945 with the defeat of the Axis powers.

Context: The National Commission for Women (NCW) has come out with a dedicated e-mail address to report instances of sexual harassment at workplace after several such complaints were made to the body by women under the #Metoo movement on social media.

What you need to know about NCW?

The primary mandate of the National Commission for Women and State Commissions for Women Commission is to safeguard and protect the interests of women. It has wide responsibility covering almost all aspects of women development.

The commission regularly publishes a monthly newsletter, Rashtra Mahila in both Hindi and English.

Should India have two time zones? 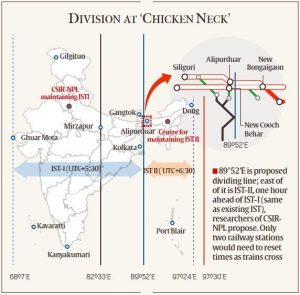 Context: Scientists at the Council of Scientific & Industrial Research’s National Physical Laboratory (CSIR-NPL), which maintains Indian Standard Time, have published a research article describing the necessity of two time zones, with the new one an hour ahead of the existing time zone.

Over the years, various citizens and political leaders have debated whether India should have two separate time zones. The demand is based on the huge difference in daylight times between the country’s longitudinal extremes, and the costs associated with following the same time zone.

Opposition to the idea is based on impracticability — particularly the risk of railway accidents, given the need to reset times at every crossing from one time zone into another.

For Prelims and Mains: ASEAN and ADMM- Plus- objectives, functions and significance.

ADMM and ADMM-Plus serves as key Ministerial-level platforms in regional security architecture for promoting strategic dialogue and practical cooperation between ASEAN and its partners.

The Association of Southeast Asian Nations, or ASEAN, was established on 8 August 1967 in Bangkok, Thailand, with the signing of the ASEAN Declaration (Bangkok Declaration) by the Founding Fathers of ASEAN, namely Indonesia, Malaysia, Philippines, Singapore and Thailand.

ADMM-Plus is platform for ASEAN and its eight dialogue partners to strengthen security and defence co-operation for peace, stability, and development in the region. Its objective is to promote mutual trust and confidence between defence establishments through greater dialogue and transparency.

The inaugural ADMM-Plus was convened in Hanoi, Vietnam in 2010. The defence ministers then had agreed on five areas of practical cooperation, including maritime security, counter-terrorism, peacekeeping operations and humanitarian assistance.

Context: After an on-site assessment of the steps taken by Pakistan to curb terror financing and money laundering, a visiting Financial Action Task Force (FATF) team has finalised a report with 40 recommendations for de-listing Islamabad from its grey list from September next year.

Pakistan was placed on the grey list by the FATF in June for failing to curb anti-terror financing. It has been scrambling in recent months to avoid being added to a list of countries deemed non-compliant with anti-money laundering and terrorist financing regulations by the Paris-based FATF, a measure that officials here fear could further hurt its economy.

The Financial Action Task Force (FATF) is an inter-governmental body established in 1989 on the initiative of the G7.  It is a “policy-making body” which works to generate the necessary political will to bring about national legislative and regulatory reforms in various areas. The FATF Secretariat is housed at the OECD headquarters in Paris.

RBI objects to payments regulator outside its control

For Prelims and Mains: Independent payment regulatory board- need, concerns, challenges, issues and what needs to be done?

Context: The Reserve Bank of India (RBI) has opposed the Centre’s proposal to set up an independent Payment Regulatory Board (PRB) which will oversee all payment systems in the country stating that the proposed body “must remain with the Reserve Bank” and headed by the RBI Governor.

The seven-member government panel was headed by Subhash Chandra Garg. The panel proposed in August that a payments regulator should be established independent of the RBI, with a chairperson appointed by the government in consultation with the RBI. The proposal overruled the central bank’s recommendation that its governor should be head of the payments regulator.

Why the RBI is opposing this move?

The RBI said it is not totally against a new Payment and Settlement System Bill but stressed that changes should not lead to existing foundations being shaken in a well-functioning structure.

Topic: Awareness in the fields of IT, Space, Computers.

Context: Amidst uncertainty over the validity of cryptocurrencies and the Central government directions preventing banks from trading the same, Unocoin Technologies Private Ltd has set up India’s first ATM kiosk to trade in cryptocurrencies in Bengaluru.

Bitcoin is one of many cryptocurrencies that have gained popularity across the world.

A fiat currency is any currency that has no intrinsic physical value, but whose value is established by government decree. For example, most national currencies around the world, including the Rupee and the Dollar, are fiat currencies as their values are dictated by the government.

Context: Minister of Railways and Coal will receive the University of Pennsylvania’s top prize in energy policy for his leadership in reforming India’s power sector through various initiatives.