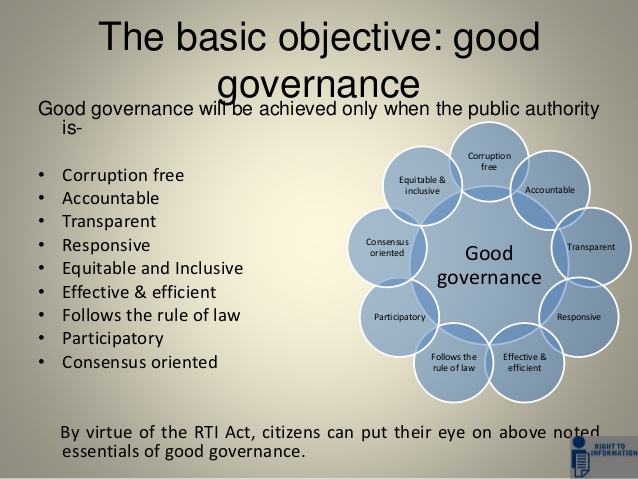 RTI is one of the landmark acts which has led to a significant boost in accountability of the govt towards the people.

The Right to Information (RTI) Act, operationalised in October 2005, was seen as a powerful tool for citizen empowerment. It showed an early promise by exposing wrongdoings at high places, such as in the organisation of the Commonwealth Games, and the allocation of 2G spectrum and coal blocks.

The RTI Assessment and Analysis Group (RAAG) report found: 4-5 million applications are filed under the Act every year.

The govt has recently proposed some changes in the act which are said to be regressive in nature.

There are set of targeted and fashioned amendments to the RTI Act which will not only undermine one part of the Act but structurally weaken the independence and authority of the only body that gives it teeth, thereby nullifying the entire Act.

The underlying assumption that transparency is less important for a democracy than holding of free and fair elections is absurd.

The government also proposes to replace the existing fixed five-year tenure of the Information Commissioners with tenure as may be prescribed by it. This would make the tenure largesse to be bestowed by the government.

This would be detrimental to the independence and authority of the Information Commissions.

However, the Act faces certain challenges:

The reasons for the above challenges include:

Misuse of the act:

The clogging of the RTI system is also because a number of applicants, usually disgruntled employees of public institutions, ask frivolous queries.

Their applications have unfortunately continued to exist alongside those of numerous RTI activists who have done commendable work, often risking their life and limb.

Strength and appointments to Information commissions is the Need of the Hour:

The Central and State Information Commissions have been functioning with less than their prescribed maximum strength of eleven because governments have dragged their feet on appointing commissioners.

This leads to delay in disposal of cases, which is compounded by the backlog in the High Courts, where a number of decisions of the commission are challenged.

This happens invariably in cases concerning the high and the mighty.

The Act struck a balance between privacy and transparency by barring the disclosure of personal information if it has no relationship to any public activity or would cause unwarranted invasion of privacy.

However, the Justice Srikrishna Committee has proposed an amendment that would broaden the definition of ‘harm’, restricting disclosure of personal information even where it may be clearly linked to some public activity.

Benefits of right usage of RTI:

The right to information laws, alongside expanding the citizen’s rights, should be systematically employed to transform governance.

These laws could be a powerful magnet for mobilizing the people and enthusing them to use these laws to enhance and expand their choices for their own betterment.

RTI laws directly contribute to improvement in governance by breaking down the barriers between the government and the people by enhancing trust.

RTI is the most powerful assault on developing countries endemic corruption.

RTI should be an instrument to bring an end to the culture of governmental secrecy and the battle for transparency is to be fought and won in the minds of the civil servants.

For over a decade, citizens of India have tenaciously protected and guarded this people’s legislation, preventing repeated attempts to dilute the Act through amendments.

Interestingly, no government has bothered to propose amendments which would make the RTI Act more robust and effective.

Thirteen years of the Act’s functioning have given us enough experience to hold a public debate on making it more effective.

However, if the issues listed above are not addressed, this sunshine law will lose its promise, particularly in terms of ensuring transparency at higher levels of governance.

Nonetheless, pre-legislative consultation prior to the amendment is a more effective and democratic way to bring any changes to the Act. RTI is a mechanism to develop and ensure transparency and accountability, in line with Article 19(1)(a) of the Constitution. All efforts must be directed to strengthen it.