Kerala is one of the States with the highest penetration of LPG, which is transforming lifestyles. The target has almost been achieved in most villages, towns and cities in the Kerala.

LPG consumption was 933.3 TMT (thousand tonnes) in the Kerala in 2017-18. It is estimated that one crore tonnes of emissions, from poisonous gases like firewood cooking, have been contained and 25 lakh trees have been saved.

Some of the objectives of the scheme are:

A large section of Indians, especially women and girls, are exposed to severe household air pollution (HAP) from the use of solid fuels such as biomass, dung cakes and coal for cooking. A report from the Ministry of Health & Family Welfare places HAP as the second leading risk factor contributing to India’s disease burden.

PMUY has been a revolutionary initiative that has transformed the lives of more than 3.57 crore households spanning across the length and breadth of the country. The initiative is in line with Governments aim to eradicate energy poverty, thereby promoting economic empowerment. 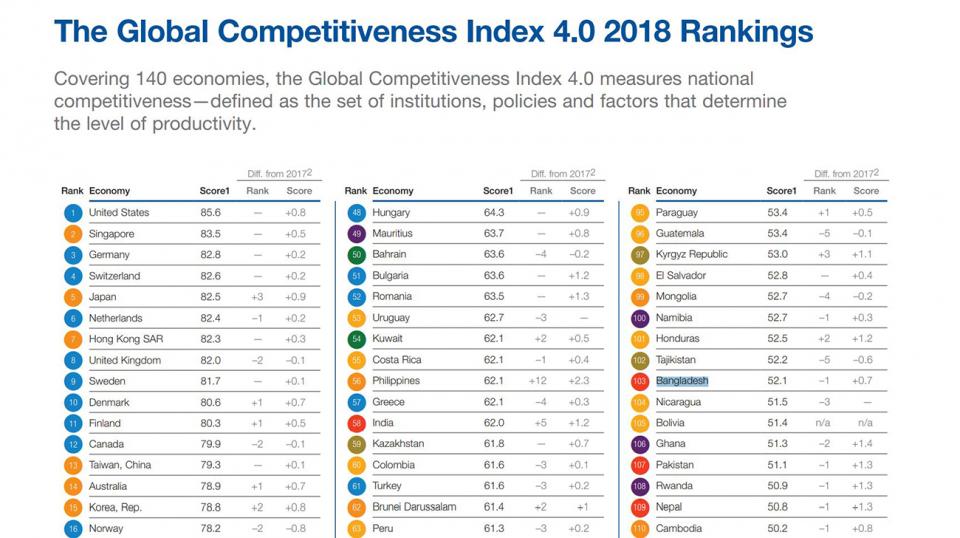 The Global Competitiveness Index (GCI) is prepared on the basis of country-level data covering 12 categories or pillars of competitiveness.

For Prelims and Mains: Key facts on ASEM and significance of the grouping.

Context: 12th Asia-Europe Meeting (ASEM) is being held in Brussels.

For Prelims and Mains: Key features and significance OneerTM.

Context: CSIR has developed an affordable Water Disinfection System “OneerTM”. The device will go a long way in meeting the requirements of potable water in rural and urban areas.

Use: It is useful for continuous treatment of water and eliminates all disease causing pathogens such as virus, bacteria, fungi, protozoa and cyst to provide safe drinking water to domestic and communities settings as per National and International standards prescribed for potable water (BIS, WHO etc.).

According to the World Health Organization, “access to safe drinking-water is essential to health, a basic human right and a component of effective policy for health protection”.

Context: A team of scientists at the European Southern Observatory (ESO) have cited the most massive structure in the early universe known to date. The galaxy proto-supercluster found has been named Hyperion.

This is the first time that such a large structure has been identified at such a high redshift, just over two billion years after the Big Bang. Normally, these kinds of structures are known at lower redshifts, which means when the universe has had much more time to evolve and construct such huge things.

The VIMOS, an instrument that measures objects at a distance of billions of light years away, in practice allows experts to see what the early universe was like in the distant cosmic past. The spectrograph is hosted by the Chile-based Very Large Telescope.