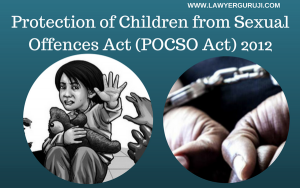 Section 19 of the POCSO Act, which deals with sexual crimes against children, lays down the procedure for reporting a crime but doesn’t specify a time limit or statute of limitation for reporting it.

Whereas the CrPC lays down different time-limits for crimes which carry a punishment of up to three years, there is no time bar for crimes that would attract a jail term of more than three years.

This is an important step for survivors of child abuse, who may try to file a complaint as adults but are turned away at police stations.

The development assumes significance after considering the fact that on many occasions children are unable to report crimes that they suffered as the perpetrator in many cases happens to be from the family itself or any other known person. Several cases have been reported where the victims have grown up and understood the crime.

The Protection of Children from Sexual Offences Act (POCSO Act) 2012 was formulated in order to effectively address sexual abuse and sexual exploitation of children.

Role of police: The Act casts the police in the role of child protectors during the investigative process. Thus, the police personnel receiving a report of sexual abuse of a child are given the responsibility of making urgent arrangements for the care and protection of the child, such as obtaining emergency medical treatment for the child and placing the child in a shelter home, and bringing the matter in front of the CWC, should the need arise.

Safeguards: The Act further makes provisions for avoiding the re-victimisation of the child at the hands of the judicial system. It provides for special courts that conduct the trial in-camera and without revealing the identity of the child, in a manner that is as child-friendly as possible. Hence, the child may have a parent or other trusted person present at the time of testifying and can call for assistance from an interpreter, special educator, or other professional while giving evidence. Above all, the Act stipulates that a case of child sexual abuse must be disposed of within one year from the date the offence is reported.

Mandatory reporting: The Act also provides for mandatory reporting of sexual offences. This casts a legal duty upon a person who has knowledge that a child has been sexually abused to report the offence; if he fails to do so, he may be punished with six months’ imprisonment and/ or a fine.

Definitions: The Act defines a child as any person below eighteen years of age. It defines different forms of sexual abuse, including penetrative and non-penetrative assault, as well as sexual harassment and pornography. It deems a sexual assault to be “aggravated” under certain circumstances, such as when the abused child is mentally ill or when the abuse is committed by a person in a position of trust or authority like a family member, police officer, teacher, or doctor. 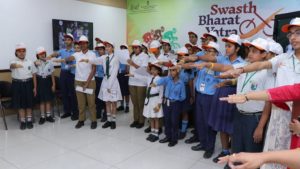 Context: Union Government has launched national campaign ‘Swasth Bharat Yatra’ on occasion of World Food Day (16 October) to sensitise people about eating safe food and be healthy. The campaign has been launched in association with states and led by Food Safety and Standards Authority of India (FSSAI).

Under it, pan-India cycle rally is being organized to create consumer awareness about eating safe and nutritious food for becoming healthy and combating food adulteration.

World Food Day is celebrated on October 16 every year to raise awareness on the issues of poverty and hunger. World Food Day was established by Food and Agriculture Organization of the United Nations (FAO) in November 1979 and since then the day is celebrated worldwide by many organisations that are concerned with food security.

The Food and Agriculture Organization of the United Nations is a specialised agency of the United Nations that leads international efforts to defeat hunger. Serving both developed and developing countries, FAO acts as a neutral forum where all nations meet as equals to negotiate agreements and debate policy.

Context: Central Warehouse of Pradhan Mantri Bhartiya Janaushadhi Pariyojana has been set up at Bilaspur, Gurugram. It has been setup by the Bureau of Pharma PSUs of India (BPPI).

Pradhan Mantri Bhartiya Jan Aushadhi Kendra (PMBJK) have been set up to provide generic drugs, which are available at lesser prices but are equivalent in quality and efficacy as expensive branded drugs.

Bureau of Pharma PSUs of India (BPPI) is the implementing agency of PMBJP. BPPI (Bureau of Pharma Public Sector Undertakings of India) has been established under the Department of Pharmaceuticals, Govt. of India, with the support of all the CPSUs.

For Prelims and Mains: About Ask Disha- features and significance.

For Prelims and Mains: Features and significance of the app.

Context: #Self4Society app, developed by MyGov, has been launched by the government to help coordinate volunteer work undertaken by professionals. 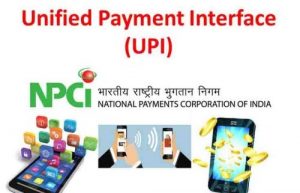 For Prelims and Mains: Features and significance of UPI, how it operates.

Context: The Reserve Bank of India has released the guidelines for interoperability between prepaid payment instruments (PPIs) such as wallets and cards that will effectively allow users of popular payment wallets such as Paytm, Freecharge, Mobikwik, PhonePe and PayZapp, among others, to transfer money from one wallet to another.

The guidelines, while boosting the e-wallet segment, would also ensure the safety and accuracy of the transfer of money by individuals from one wallet to another.

The interoperability amongst PPIs is going to significantly boost the e-wallet industry. The guidelines would also ensure that not only the customer’s money remains safe but when the transition happens from one e-wallet app to another, it reflects utmost speed and accuracy for the interoperability to be effective and efficient.

What exactly is UPI?

The Unified Payments Interface (UPI) is a system developed by the NPCI and the RBI to aid instant transfer of money using a cashless system. Using UPI services, one just requires a smartphone and a banking app to send and receive money instantly or to pay a merchant for retail purchase. In the long run, UPI is likely to replace the current NEFT, RTGS, and IMPS systems as they exist today.

How does it work?

UPI, built on IMPS, allows a payment directly and immediately from bank account. There is no need to pre-load money in wallets. It allows payments to different merchants without the hassle of typing one’s card details or net-banking password.

Context: 6th India International Silk Fair (IISF), organized by Indian Silk Export Promotion Council, is being held in New Delhi. The fair will give a platform to exporters to display their products and to overseas buyers an opportunity to place orders and source their merchandise.

Background: India is the second largest producer of silk in the world. The country’s silk industry is agriculture based and labour intensive and provides gainful employment to around eight million artisans and weavers in rural areas.

UP Cabinet approves changing name of Allahabad to ‘Prayagraj’: 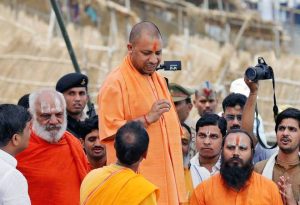 The Uttar Pradesh Cabinet has approved the proposal of the state government to rename the city of ‘Allahabad’ as ‘Prayagraj’. The decision has been vehemently opposed by the opposition parties.