Insights into Editorial: The backlash against China is growing 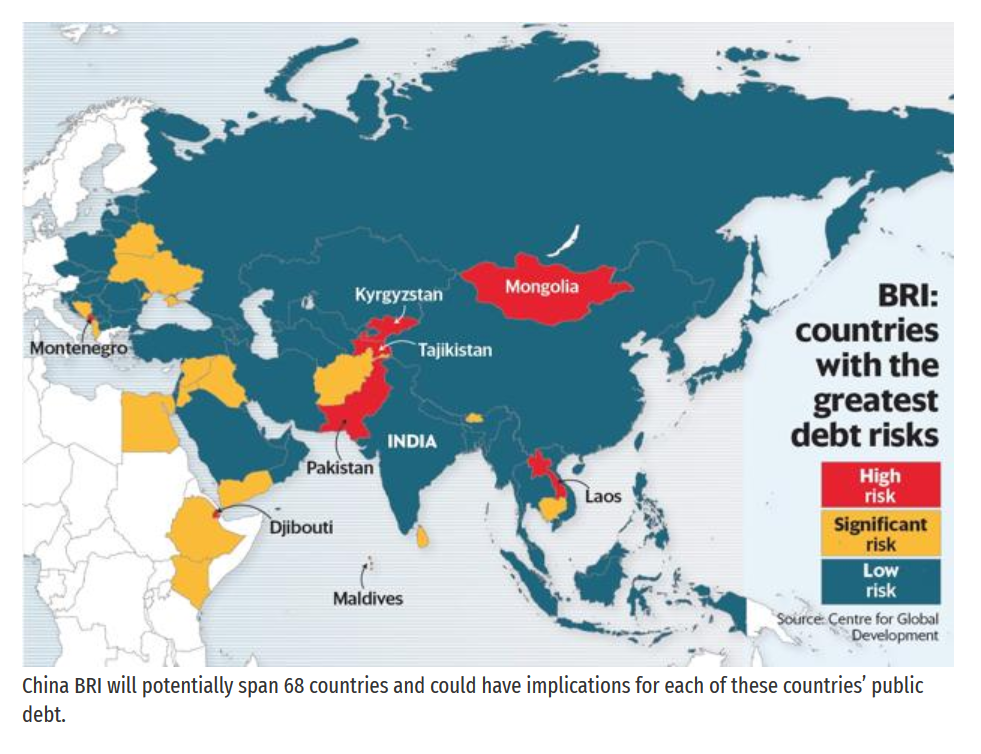 China’s Belt and Road Initiative (BRI) which seeks to invest about $8 trillion in infrastructure projects across Asia, Europe and Africa, has come under intense scrutiny, not least due to suspicions over China’s intent behind the ambitious project.

A study by the Centre for Global Development, a Washington-based think tank, analyses one important consequence of BRI: debt.

While the study finds that it is unlikely that the BRI will be plagued with wide-scale debt sustainability problems, it is likely to raise the risk of a sovereign debt default among relatively small and poor countries.

On a recent official visit to China, Malaysian Prime Minister Mahathir Mohamad criticized his host country’s (China’s) use of major infrastructure projects and difficult-to-repay loans to assert its influence over smaller countries.

While Mahathir’s warnings in Beijing against “a new version of colonialism” stood out for their boldness, they reflect a broader pushback against China’s mercantilist trade, investment, and lending practices.

Mahathir, who previously cleared the way for Chinese investment in Malaysia, ended his trip to Beijing by cancelling Chinese projects worth almost $23 billion.

How China is inflating their goods Value and making the countries into “Debt Trap”:

Since 2013, under the umbrella of its “Belt and Road Initiative”, China has been funding and implementing large infrastructure projects in countries around the world, in order to help align their interests with its own, gain a political foothold in strategic locations, and export its industrial surpluses.

Consequences of that Debt Trap:

Once countries become ensnared in China’s debt traps, they can end up being forced into even worse deals to compensate their creditor for lack of repayment.

They are unveiling the strategies to diversify their economic inter-dependence away from Mainland China and towards South-east Asia and India. The concern in these counties is, China is using its economic muscle for political purposes.

An example is, suspending rare Earth metal exports to Japan in 2010 or punishing a major South Korean Corporation for the decision of South Korea to install a missile defence system in 2017.

These countries are aligning in Asia for the acceleration of India’s economic growth and now it is up to India to grab this opportunity.

Unlike most of the world’s other major creditors, China is not bound to a set of rules on how it addresses debtor repayment problems.

The think-tank Centre for Global Development advocates applying globally-accepted creditor disciplines and standards to the Belt and Road Initiative.

To do this, they recommend the World Bank and other multilateral banks increase their participation in the Belt and Road Initiative and work with the Chinese government to set the lending standards for the BRI projects.

Another recommendation is to establish a new creditor’s group which would maintain the core principles of International Standards and Creditor Disciplines.

Finally, the think tank proposes that China should offer debt swap arrangements in support of environmental goals where borrowing country debt is forgiven in exchange for a commitment to an environmental objective, for instance, forest preservation.