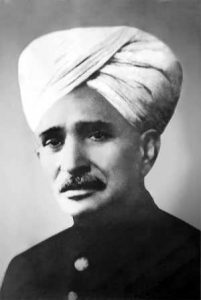 For Prelims and Mains: About Chhotu Ram and his contributions.

Context: A 64-foot-tall statue of peasant leader Sir Chhotu Ram has been unveiled at his native village Sampla in Haryana’s Rohtak district.

How are Cyclones named?

For Prelims and Mains: All about cyclones and their naming.

How are cyclones named?

In September 2004, an international panel on tropical cyclones decided that countries from the region would each put in names, which would be assigned to storms in the Bay of Bengal and Arabian Sea.

Why it is necessary to name cyclones?

The late origin of this naming system — unlike storms in the Atlantic, which have been getting named since 1953 — was ostensibly to protect sensitivities in the ethnically diverse region.

The purpose of the move was also to make it easier for “people easily to understand and remember the tropical cyclone/hurricane in a region, thus to facilitate disaster risk awareness, preparedness, management and reduction.

Citizens can submit names to the Director General of Meteorology, IMD, for consideration, but the weather agency has strict rules for the selection process.

Atlantic and Pacific storm names are reused every six years, but are retired “if a storm is so deadly or costly that the future use of the name would be insensitive or confusing,” according to forecasters at the US National Hurricane Center in Miami.

The country’s cyclone season runs from April to December, with severe storms often causing dozens of deaths, evacuations of tens of thousands of people from low-lying villages and wide damage to crops and property.

What’s the difference between hurricanes, cyclones and typhoons?

Section 151A of the Representation of the People Act, 1951

Context: Amidst murmurs in political circles that the Lok Sabha bypolls in Karnataka to three seats was “unnecessary”, the Election Commission has cited Section 151 A of the Representation of People Act, which mandated it.

Experts have written to the President questioning the rationale behind holding byelections close to general elections. President Ram Nath Kovind has been requested to withdraw notification of the byelection. They have questioned EC’s move as the announcement of byelections to parliamentary constituencies were only in Karnataka while there are vacant constituencies in Andhra Pradesh too.

What is Section 151A of RPA all about?

It mandates the Election Commission to fill the casual vacancies in the Houses of Parliament and State Legislatures through bye elections within six months from the date of occurrence of the vacancy, provided that the remainder of the term of a member in relation to a vacancy is one year or more.

How EC defends its move?

Byelections are required to be held under Section 151A of RP Act within six months from the date of occurrence of the vacancy. Vacancies in Karnataka occurred more than a year before the expiry of the term of the house. In case of vacancies in Andhra Pradesh, there is no need to hold byelections as the remaining term of Lok Sabha is less than one year.

For Prelims and Mains: Features and significance of MedWatch.

What is it? It is an innovative mobile health App launched by the Indian Air Force (IAF) to provide health information to the users, including first-aid and other health and nutritional topics. It is the first mobile health app in the three Armed Services.

Context: To enable a holistic view on access to medical products, the Ministry of Health & Family Welfare (MoHFW), Government of India with the support of World Health Organization is organizing the ‘2nd World Conference on Access to Medical Products – Achieving the SDGs 2030’ at New Delhi.

The specific objectives are to promote an enabling ecosystem in the context of WHO’s 13th Global Programme of Work for access to medical products; foster new approaches in innovation landscape for medical products and health technologies for accelerating research and innovation; and identify knowledge, information and policy options on the interface of international trade and health to achieve SDG 2030 goals.

For Prelims and Mains: About SEARN and its objectives and functions.

Context: Information Sharing Platform Gateway for South-East Asia Regulatory Network (SEARN) developed by Centre for Development of Advanced Computing has been launched. It will promote regulatory and health collaboration among the countries of the South-East Asia Region.

In the South-East Asia region in WHO, India is actively contributing & providing support for the SEARN to guarantee access to high-quality medical products.

Communicable Diseases Policy Research Group: CDPRG is a multidisciplinary team based in Bangkok, Thailand, which conducts research in South East Asia, and beyond. It carries out research, with a focus on the diverse public health problems associated with communicable disease control internationally, that is in support of and for policy reform.

For Prelims: About World Posts Day and UPU.

Context: World Post Day is observed every year on October 9 to spread awareness about the postal services and their role in the everyday lives of people and businesses. The day is celebrated to mark anniversary of the establishment of the Universal Postal Union (UPU) in 1874 in the Swiss Capital, Bern.

The 2018 theme is: “Imagine you are a letter travelling through time. What message do you wish to convey to your readers?”.

It helps to ensure truly universal network of up-to-date products and services. It sets rules for international mail exchanges and makes recommendations for growth in mail, financial and parcel services volumes and also to improve quality of service for customers.

Forest fires in India and its impact 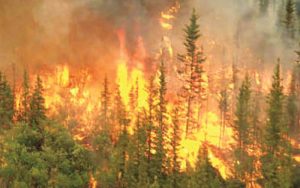 Context: A report titled “Strengthening Forest Fire Management in India”, jointly prepared by the MoEFCC and the World Bank, has been released.

Occurrence of forest fires and their impact: Forest fires occur in around half of the country’s 647 districts every year. Central India has the largest area affected by fire. North-East accounts for 56% of burnt forest land during 2003-2016, followed by southern states and the North-East. However, North-eastern states account for the biggest share of fire detections, with at least 55% of fire incidents reported during 2003-2016.

Concerns: With at least one in four people dependent on forests for their livelihood, India is losing at least ₹1,100 crore due to forest fires every year, says a new World Bank report. The report calls for a national plan for the prevention of forest fire. Repeated fires in short succession are reducing diversity of species and harming natural regeneration, while posing a risk to over 92 million in India who live in areas of forest cover.

The findings are significant since preventing forest fires is crucial to meet Nationally Determined Contributions (NDC) in order to limit global warming. As per the Fifth Assessment Report of IPCC, forest fires globally contribute 2.5 billion to 4.0 billion tonnes of CO2 to carbon emissions every year. Tackling forest fires is even more important in India as the country has committed to bringing 33% of its geographical area under forest cover by 2030, as part of NDCs.

India aims to increase its forest cover by 5 million hectares, as part of India’s National Action Plan on Climate Change.

Context: Union Ministry of External Affairs (MEA) has launched India for Humanity initiative to commemorate the 150th birth anniversary of Mahatma Gandhi and honour of his service to humanity. It will feature year-long series of artificial limb fitment camps in a number of countries spanning globe.

Aim: to provide physical, economic and social rehabilitation of differently-abled around world by helping them regain their mobility and dignity to become self-respecting and productive members of society. It focuses on Mahatma Gandhi’s philosophy of compassion, caring and service to humanity. 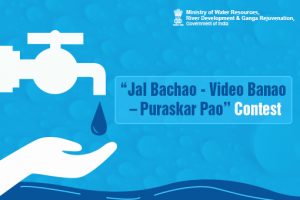 The Ministry of Water Resources, River Development and Ganga Rejuvenation announced the winners for the Third and Fourth fortnight of the Jal Bachao, Video Banao, Puraskar Pao contest.

What is the contest about?

Jal Bachao, Video Banao, Puraskar Pao contest was launched by the Ministry in collaboration with the MyGov portal of the Government of India with the objective of spreading awareness about water conservation.