WHO guidelines on sanitation and health 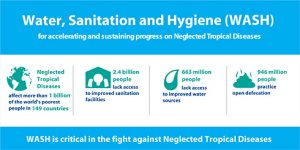 Context: The World Health Organization (WHO) has launched the first global guidelines on sanitation and health.

Need for global guidelines on sanitation and health:

Worldwide, 2.3 billion people lack basic sanitation (with almost half forced to defecate in the open). They are among the 4.5 billion without access to safely managed sanitation services – in other words a toilet connected to a sewer or pit or septic tank that treats human waste. Without proper access, millions of people the world over are deprived of the dignity, safety and convenience of a decent toilet.

Sanitation is a fundamental foundation of human health and development and underpins the core mission of WHO and ministries of health worldwide. WHO’s Sanitation and Health Guidelines are essential to securing health and wellbeing for everyone, everywhere.

Significance of the guidelines:

Context: Geological Survey of India has chosen heritage locations in Maharashtra and Karnataka for UNESCO Global Geopark Network status. The Geopark tag is akin to that of a ‘World Heritage Site’ for historical monuments that can bring India’s famed geological features to the global stage.

The sites chosen are- Lonar Lake in Maharashtra and St. Mary’s Island and Malpe beach in coastal Karnataka are the GSI’s candidates for UNESCO Global Geopark Network status.

What is the Global Geoparks Network?

The Global Geoparks Network (GGN), of which membership is obligatory for UNESCO Global Geoparks, is a legally constituted not-for-profit organisation with an annual membership fee. The GGN was founded in 2004 and is a dynamic network where members are committed to work together and exchange ideas of best practise and join in common projects to raise the quality standards of all products and practises of a UNESCO Global Geopark. While the GGN as a whole comes together every two years, it functions through the operation of regional networks, such as the European Geoparks Network that meets twice a year to develop and promote joint activities.

UNESCO Global Geoparks, together with the other two UNESCO site designations Biosphere Reserves and World Heritage Sites, give a complete picture of celebrating our heritage while at the same time conserving the world’s cultural, biological and geological diversity, and promoting sustainable economic development.

Context: With the rabi season around the corner, a countrywide forecast has been prepared. This forecast, following a joint exercise by IIT Gandhinagar and the India Meteorological Department (IMD), for the first time, provides a country-wide soil moisture forecast at seven and 30-day lead times.

How was it developed?

Highlights of the findings:

Significance and the need for data on soil moisture:

Soil moisture is crucial for agriculture since it directly affects crop growth and how much irrigation is required for the area. It is because crucial information needed for agriculture is not revealed only through rainfall data.

Soil moisture gives us more information on what is needed for crop growth in different parts of the country. Besides, timely soil moisture forecasts will help target interventions, in terms of seed varieties for better planning in agriculture.

Context: India’s manufacturing economy recorded an improvement in growth during September amid firmer gains in new orders, output and employment.

The Nikkei India Manufacturing Purchasing Managers’ Index (PMI) rose to 52.2 in September from 51.7 in August. A reading above 50 indicates an expansion while one below 50 denotes a contraction.

What is a PMI?

PMI or a Purchasing Managers’ Index (PMI) is an indicator of business activity — both in the manufacturing and services sectors. It is a survey-based measures that asks the respondents about changes in their perception of some key business variables from the month before. It is calculated separately for the manufacturing and services sectors and then a composite index is constructed.

How is the PMI derived?

The PMI is derived from a series of qualitative questions. Executives from a reasonably big sample, running into hundreds of firms, are asked whether key indicators such as output, new orders, business expectations and employment were stronger than the month before and are asked to rate them.

How does one read the PMI?

What are its implications for the economy?

The PMI is usually released at the start of the month, much before most of the official data on industrial output, manufacturing and GDP growth becomes available. It is, therefore, considered a good leading indicator of economic activity. Economists consider the manufacturing growth measured by the PMI as a good indicator of industrial output, for which official statistics are released later. Central banks of many countries also use the index to help make decisions on interest rates.

What does it mean for financial markets?

The PMI also gives an indication of corporate earnings and is closely watched by investors as well as the bond markets. A good reading enhances the attractiveness of an economy vis-a- vis another competing economy. 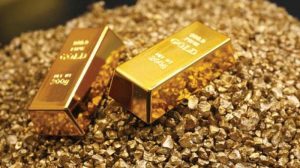 For Prelims and Mains: Meaning and significance of derivatives.

Context: The Bombay Stock Exchange became the first stock exchange in the country to launch commodity derivatives contract in gold and silver.

Definition: A derivative is a contract between two parties which derives its value/price from an underlying asset. The most common types of derivatives are futures, options, forwards and swaps.

The world’s largest dome has been inaugurated at the Maharashtra Institute of Technology (MIT)’s World Peace University (MIT-WPU) campus at Loni Kalbhor on the occasion of the 150th birth anniversary of Mahatma Gandhi. 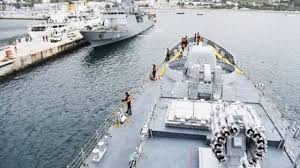 The sixth edition of IBSAMAR, a joint Multi – National Maritime Exercise between the Indian, Brazilian and South African Navies, is being held at Simons Town, South Africa.

IBSAMAR are a series of naval exercises between the navies of India, Brazil, South Africa. The aim of the exercise is to undertake collective training for participating navies, building interoperability and mutual understanding as well as sharing of best practices. The first exercise took place in 2008.