How is the global MPI2018 aligned with the Sustainable Development Goals?

Rather than viewing challenges one by one, in silos, the MPI shows how deprivations related to SDGs 1,2,3,4,6,7, and 11 are concretely interlinked in poor people’s lives. Rather than providing only national headlines, the global MPI is disaggregated by subnational region, area, ethnicity, or age cohort. The indicators underlying the global MPI 2018 have been revised to better align with the SDGs.

Context: Child Adoption Regulatory Authority (CARA) has allowed individuals in a live-in relationship to adopt children from and within India.

The eligibility criteria under Adoption Regulations, 2017, permit single women to adopt a child of any gender, while single men can adopt only boys. When a married couple seeks to adopt a child, it needs to give its consent for adoption and should be stable marriage for at least two years. Applicants have to be physically, mentally and financially stable to raise a child. 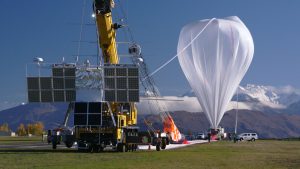 Context: Scientists have begun to analyse the photos captured by the NASA balloon mission.

NASA’s polar mesospheric clouds (PMCs) Turbo mission launched a giant balloon on July 8 to study PMCs at a height of 50 miles above the surface. For five days, the balloon floated through the stratosphere from its launch at Esrange, Sweden, across the Arctic to Western Nunavut, Canada. During its flight, cameras on board the balloon captured six million high-resolution images filling up 120 terabytes of data storage — most of which included a variety of PMC displays, revealing the processes leading to turbulence.

Polar mesospheric clouds (PMCs) form 50 miles above the poles during summer. They’re mostly made up of ice crystals and appear like faint lines in the sky. The clouds are only visible during twilight, when the angle of the sun reflects off them and causes them to shine a bright electric blue or white colour.

These clouds are affected by what is known as atmospheric gravity waves – caused by the convecting and uplifting of air masses, such as when air is pushed up by mountain ranges.

The waves play major roles in transferring energy from the lower atmosphere to the mesosphere. 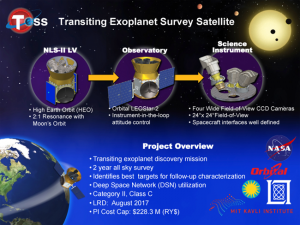 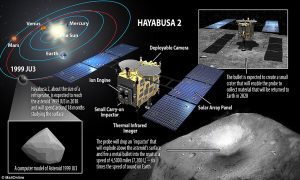 Context: Hayabusa2, a Japanese space probe has released a pair of exploring rovers towards an egg-shaped asteroid- the Ryugu asteroid, to collect mineral samples that may shed light on the origin of the solar system.

Back in June, the RemoveDEBRIS system was deployed from the International Space Station. On September 16th, the group began to proceed with in-space testing.

Operating over 186 miles (30o km) above the Earth, the RemoveDEBRIS system set out to capture a tiny satellite known as a CubeSat. With a net shooting off at around 44 MPH (20 meters per second) and a vision based navigation including cameras and LiDAR, the net was able to quickly capture the runaway CubeSat. 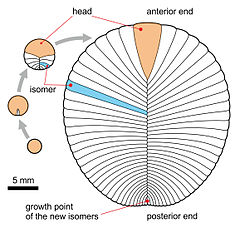 What is it? It is the earliest animal on geological record — a strange oval creature with rib like segments running along its body that lived on Earth 558 million years ago.

Why in News? The fossils of this animal were recently discovered.

Where? Researchers found the fossil in a remote area near the White Sea in the northwest of Russia.

Context: India has contributed USD 1 million for the installation of solar panels on the roof of the imposing UN building at the world body’s headquarters in New York. The contribution will help reduce carbon footprint and promote sustainable energy. This contribution makes India first responder to UN Secretary-General Antonio Guterres’ call for climate action.