Insights into Editorial: Ten years on, in uncharted waters 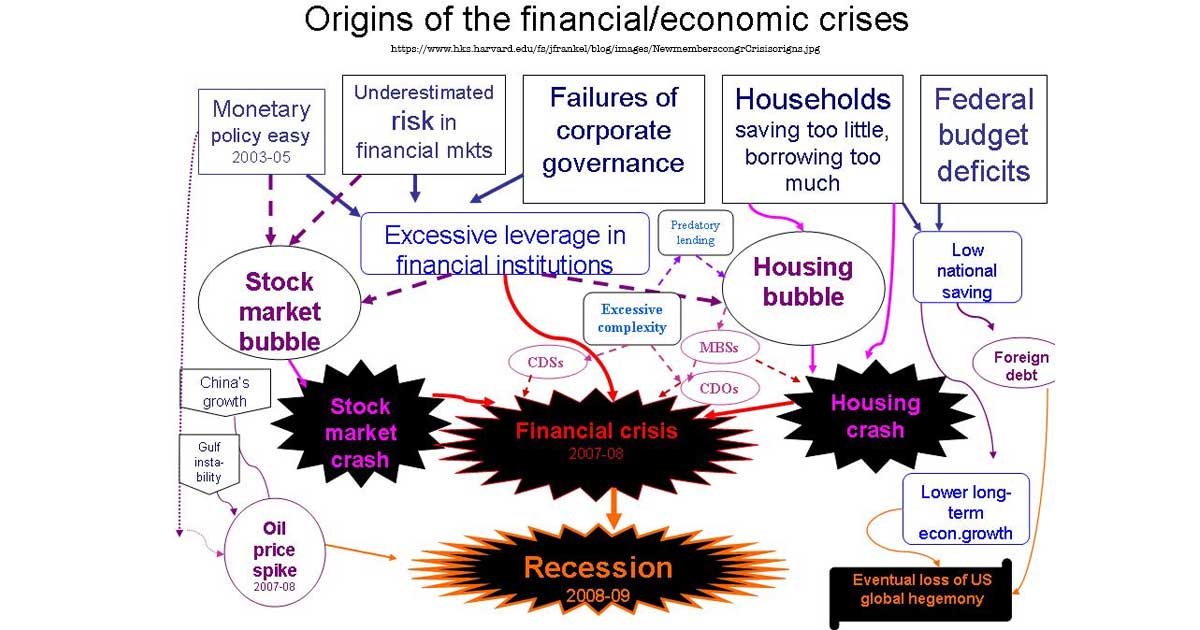 It was “Lehman Weekend”. The moment in September 2008 when the 150-year-old investment bank Lehman Brothers collapsed, precipitating the worst global economic crisis since the 1930s.

The Internet bubble and bust of the early 2000s led many to question the impact of new technology on long-term productivity growth.

The scandals in the corporate world through the 2000s in the U.S. provided grist for a fresh debate on corporate governance.

The crisis, which peaked in early September 2008, occasioned an enormous outpouring of scholarly papers, articles and books on the causes of the crisis and the lessons to be learnt. Have these made the world any safer?

From 2005 to 2007, at the height of the real estate bubble, when mortgages were given to many homebuyers who could not afford them, and then packaged into securities and sold off.

This failure manifested itself in several ways.

One, banks were allowed extraordinarily high levels of debt in relation to equity capital.

Two, banks in the advanced economies moved away from the business of making loans to investing their funds instead in complex assets called “securitised” assets.

The securitised assets consisted of bundles of securities derived from sub-prime loans, that is, housing loans of relatively higher risk.

As housing prices started falling and the securitised assets lost value, it translated into enormous losses for banks.

What is a Sub-Prime Loan?

India has not suffered much on account of the financial crisis.

Growth has slowed down to 7% but that is in line with the trend rate over the past two decades.

India has not embraced full capital account convertibility. It has kept short-term foreign borrowings within stringent limits. India did not open up to foreign banks despite pressure from the U.S. and the international agencies.

However, external debt for India is a cause for worry:

External debt is the money that borrowers in a country owe to foreign lenders.

India’s external debt was $513.4 billion at the end of December 2017, an increase of 8.8% since March 2017. Most of it was owed by private businesses which borrowed at attractive rates from foreign lenders.

To be precise, 78.8% of the total external debt ($404.5 billion) was owed by non-governmental entities like private companies.

Most of India’s external debt is linked to the dollar. This means Indian borrowers will have to pay back their lenders by first converting their rupees into dollars.

Is the world safer from a financial crisis today?

The key reform measures have focussed on getting banks to have more equity capital and to reduce dependence on short-term borrowings.

The design of executive pay has been changed so as to reduce incentives for taking excessive short-term risk.

Some improvements in governance have been affected. These measures have made banks safer than before the crisis but still not safe enough.

First, the ‘too big to fail problem’:

some banks being so large that they cannot be allowed to fail. Some of the biggest banks in the world have grown even bigger after the crisis. Concentration in banking has increased.

Second, the size of debt in various forms in the world economy:

A crucial aspect of the financial crisis was the build-up of private debt, that is, the debt of households and non-financial firms.

The key driver of the recession in the U.S. was the rise in household debt and the consequent drop in household consumption. This does not negate the view that regulatory failure was the principal cause.

It only means that regulation must address growth in credit as well as the flow of credit into sectors such as real estate.

In the years following the crisis, private debt has fallen but government debt and corporate debt have risen. For the global economy as a whole, the overhang of debt poses serious challenges.

From time to time, the U.S. unleashes a flood of dollars at low rates. The world laps up the cheap finance.

Then, the U.S. raises interest rates. Other economies find themselves staring at huge debt repayments.

Further, the dollar remains the reserve currency of the world. The U.S. can borrow to the hilt but the dollar will not depreciate, it may even appreciate!

India was insulated from Global Financial crisis in 2008 because India has got limited exposure to the U.S. mortgage market directly or through derivatives and also to the failed and financially-stressed global financial institutions.

The present crisis in emerging economies highlights how vulnerable emerging markets are to the vagaries of American economic policy.

The world needs to be weaned away from its dependence on the dollar.

An alternative global financial architecture is nowhere in sight.

Economists are free to draw their lessons from financial crises but the world is ultimately shaped by political and business interests, not by economists.

Therefore, the regulations must address growth in credit as well as the flow of credit into sectors such as real estate will avoid such Global Crisis in coming year ahead.