Insights into Editorial: Power games: on issues in the power sector 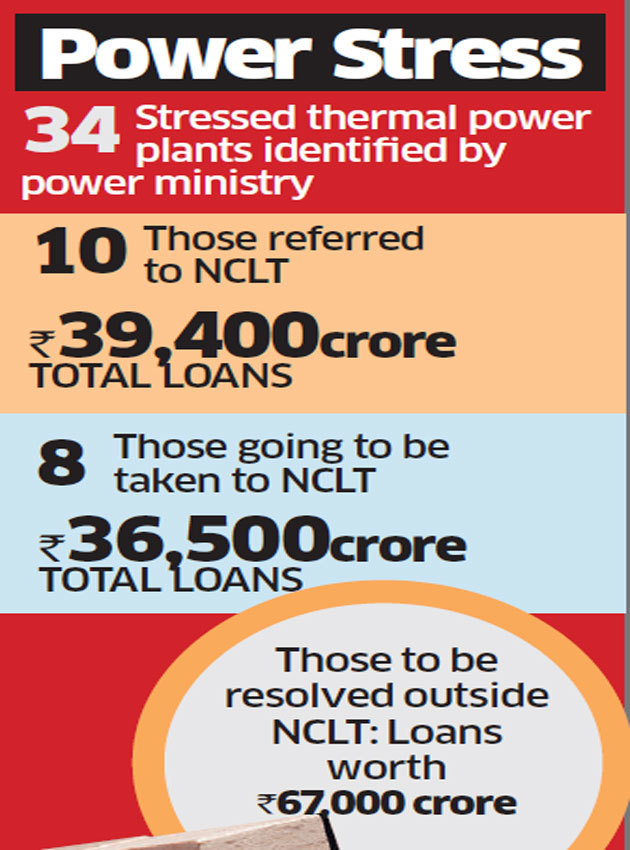 The Supreme Court has ordered a stay on the Reserve Bank of India’s February circular asking banks to recognise loans as non-performing even if repayment was delayed by just one day, and resolve them within 180 days.

If banks failed to comply with the RBI’s new rules, these stressed assets had to be forced to undergo swift insolvency proceedings under the new Insolvency and Bankruptcy Code (IBC).

The extent of power sector stress at the systemic level is well known. But the concern lies in the dearth of possible solutions to resolve these stressed assets.

This, coupled with the urgency of lenders to find bidders, will lead to low realisation value and high haircuts for banks.

The Supreme Court’s decision to intervene, however, will do very little good in the long run to either stressed power companies or their lenders.

Power systems across the world are witnessing significant changes on account of various external factors. Climate change is leading to increased power demand, which is putting pressure on generators as well as grid operators.

It is also increasing the demand for storage technology, demand response programs, and alternate pricing schemes.

Banks, on the other hand, are unlikely to make much money out of these stressed assets until these structural problems are sorted adequately to attract investors.

The Standing Committee on Energy observed that development in the power sector has not been balanced.

While delicensing generation helped increased generation activities, the other segments (transmission and distribution) have not been given much attention.

The Electricity Policy does not look into the issues around clearances, land acquisition, continuance of old and inefficient plants, instability in FSA policies, and other regulatory challenges and delays.

It recommended revisiting the Policy to address such issues being faced by the sector.

The Committee also noted that banks have not observed due prudence while considering loans for power projects.

It recommended that the process of grant of loan, supervisory mechanism and its subsequent monitoring should be revisited.

Further, RBI should advise all commercial banks to follow the credit rating system proposed by the government to assess the credit risk of infrastructure companies and prescribe risk weight accordingly.

The Committee noted that SDR is not always effective as it does not address the issues that may have caused the project to become an NPA.

It recommended that a change in management (of the asset’s promoter) should be considered only after it has been established that the asset turned stressed due to the decisions of the management.

The Parliamentary Committee recommended that an additional 180 days beyond the timelines prescribed under RBI’s 12 February circular may be allowed to commissioned power projects which have been commissioned before 12 February or have not been referred to NCLT.

Similar recommendations were made by Standing Committee on Energy earlier in March.

During this additional period of 180 days, it said, banks should undertake more intensive monitoring of the said assets and its cash flow to save it from turning non-performing.

Policymakers, not courts, need to take charge and resolve these issues.

According to a report released by the Insolvency and Bankruptcy Board of India, lenders could realistically expect to recover less than a tenth of their dues if stressed assets are to be liquidated.

To serve the growing needs of the economy for debt, equity, payment systems, and innovations in financial products and services it is required that “regulatory reform is undertaken with much greater speed”.

This could be attributed to the IBC’s overemphasis on the speedy resolution of bad loans over the recovery of maximum value from stressed assets.