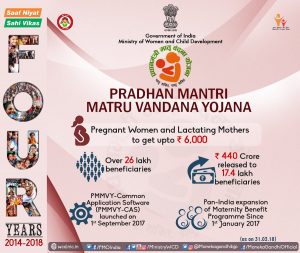 The scheme is a conditional cash transfer scheme for pregnant and lactating women of 19 years of age or above for first live birth.

It provides a partial wage compensation to women for wage-loss during childbirth and childcare and to provide conditions for safe delivery and good nutrition and feeding practices.

Under-nutrition continues to adversely affect majority of women in India. In India, every third woman is undernourished and every second woman is anaemic. An undernourished mother almost inevitably gives birth to a low birth weight baby. When poor nutrition starts in-utero, it extends throughout the life cycle since the changes are largely irreversible.

Owing to economic and social distress many women continue to work to earn a living for their family right up to the last days of their pregnancy. Furthermore, they resume working soon after childbirth, even though their bodies might not permit it, thus preventing their bodies from fully recovering on one hand, and also impeding their ability to exclusively breastfeed their young infant in the first six months.

For Prelims and Mains: Key features and significance of the scheme.

Context: To combat human trafficking, the West Bengal government has rolled out a scheme, Swayangsiddha, in its different districts.

As the per the NCRB data West Bengal has highest recorded case of trafficking among the States. 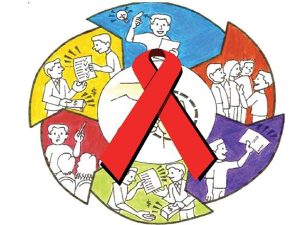 Need for data on this:

The objective of HIV Estimations is to provide updated information on the status of HIV epidemic in India at national and State/UT level. Estimations of adult HIV prevalence, annual new infections (HIV incidence), AIDS-related mortality and prevention of mother-to-child transmission (PMTCT) needs are produced as outcomes of HIV estimations. The modelled estimates are needed because there is no direct reliable way of measuring these core indicators which are used to track the epidemic and monitor and evaluate the response in countries around the world.

The report highlights the significant achievement of National AIDS response on prevention as well as on treatment front but has also indicated that there is no place for complacency as country move forward on ambitious goal of attaining the ‘End of AIDS’ by 2030. 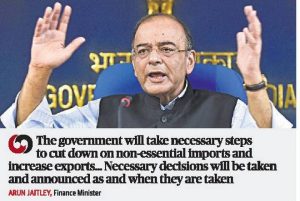 Context: The government has announced a plan to check “non-essential imports”, boost exports and initiated five measures to attract dollar inflows into the country to trim the widening current account deficit that is seen as a factor behind the rupee’s sharp slide against the dollar.

The five measures include:

These five concrete steps announced would help increase inflows by $8-10 billion. The measures are essentially on the capital account side where the aim is to infuse more dollars into the economy through routes like ECBs, FPI, Masala Bonds etc. There is intent to put some curbs on imports and give a push to exports. There can be no debate that all these measures are positive for the rupee as they attack the fundamentals of demand and supply for dollars.

The pressure on rupee and the current account may not be a short-term phenomenon. That’s because of rising interest rates in the US, high crude oil prices and its impact on emerging markets and the trade war between the US and China. Therefore, the government’s intervention was necessary.

The measures announced by the government will work if the primary reason is weaker fundamentals. In case it is a global phenomenon, then it may not really help to correct the fall though it could cause some reversal in the first two or three sessions.

Also, it should be remembered that what the government has announced will take time to work through. There will be a review by companies on the hedging requirements for infra loans from global markets. For this to work, it will take time for companies to take such decisions.

Why Indian Rupee is Falling Against the US Dollar?

The Spike in oil prices has pulled down the rupee, by pushing up dollar demand.

Global Trade war fears triggered by the US and China’s retaliatory import tariffs have also weakened the Rupee.

The Chinese yuan has fallen sharply in the last few sessions. This also has triggered a dollar flight from many emerging economies. The Spurt in dollar outflow has pulled down most Asian currencies, including the rupee. 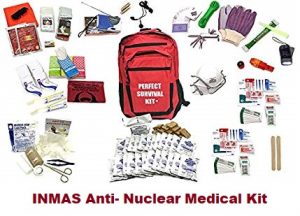 For Prelims and Mains: Components and significance of the kit launched.

Context: In a major shot in the arm for paramilitary and police forces, scientists at Institute of Nuclear Medicine and Allied Sciences (INMAS) claim to have developed India’s first indigenous medical kit that may ensure protection from serious injuries and faster healing of wounds resulting from nuclear warfare or radioactive leakage.

About the kit and its components:

The contents include an advanced form of Prussian blue tablets, highly effective in incorporating Radio Cesium (Cs-137) and Radio Thallium, among the most feared radioisotopes in nuclear bombs that destroy human body cells.

Significance of the kit:

During radioactive accidents thousands of patients may be rushed to hospitals. In several cases, if not most, they will also have traumatic, orthopaedic, surgical injuries or burns. The blood of such patients will have radioactive elements and will require wound dressing with significantly higher absorption capacity so that nothing leaks and infects others. Such highly absorptive dressings and gauze also make it safer for the medical staff to handle radioactive patients as the chance of their own contamination is reduced.

The kit is a potential alternative to those being procured from nations such as the US and Russia at much higher prices. Such medicines will help everyone and not just soldiers. This will also help the victims affected in terrorist attacks.

Chillers are used extensively for space conditioning of buildings and for industrial process cooling applications. The size of Indian chiller market which stood at 1 Million Tonne per year at 2017, is projected to grow at a CAGR of 3.6% fuelled by a growth in the retail, hospitality and infrastructure projects.

Chillers, being energy intensive system, contribute more than 40% of the total energy consumption in commercial buildings. Therefore, it is important to optimize energy performance of chillers and create awareness amongst the end users to adopt transition towards energy efficient chillers. 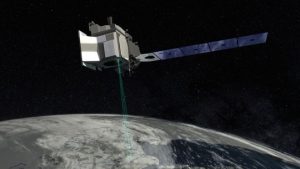 For Prelims and Mains: Key features and significance of the mission.

Context: NASA is preparing to launch its $1 billion (about Rs. 7,210 crores) ICESat-2 mission, using advanced lasers to uncover the true depth of the melting of Earth’s ice sheets. The satellite mission, called ICESat-2, should provide more precise information on how these frozen surfaces are being affected by global warming.

As the name suggests, ICESat-2 is a follow-on project. The original spacecraft flew in the 2000s and pioneered the laser measurement of the height of polar glaciers and sea-ice from space. But the mission was plagued by technical problems that limited its observations to just a couple of months in every year.

ATLAS will fire 10,000 times each second, sending hundreds of trillions of photons to the ground in six beams of green light. With so many photons returning from multiple beams, ICESat-2 will get a much more detailed view of the ice surface than its predecessor. As it circles Earth from pole to pole, ICESat-2 will measure ice heights along the same path in the polar regions four times a year, providing seasonal and annual monitoring of ice elevation changes. Beyond the poles, ICESat-2 will also measure the height of ocean and land surfaces, including forests.

ICESat-2 will improve upon NASA’s 15-year record of monitoring the change in polar ice heights. It started in 2003 with the first ICESat mission and continued in 2009 with NASA’s Operation IceBridge, an airborne research campaign that kept track of the accelerating rate of change. The new observational technologies of ICESat-2 will advance the knowledge of how the ice sheets of Greenland and Antarctica contribute to sea level rise.

Why is this mission important?

Antarctica and Greenland lose billions of tonnes of ice every year – the result largely of warm water being able to melt land glaciers where they meet the ocean. This wastage is slowly but surely pushing up sea-levels worldwide.

In the Arctic, the seasonal floes have also been in retreat. Sea-ice in the far north is thought to have lost two-thirds of its volume since the 1980s. And although this has no direct impact on the height of the oceans, the reduced ice-cover is working to amplify temperature rises in the region. 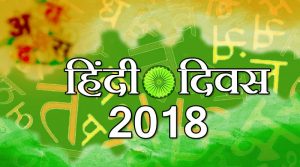 Context: National Hindi Divas or Hindi Day is observed every year on September 14 in India to promote Hindi as Matra Bhasha (mother tongue) of India. The day is a celebration of the Hindi language and its cultural heritage and values among the people of the country and abroad.

Why do we celebrate National Hindi Diwas?

The Constituent assembly of India adopted Hindi as the official language of the country on September 14, 1949 under Article 343. It started being observed as Hindi Day after stalwarts like Beohar Rajendra Simha, Hazari Prasad Dwivedi, Kaka Kalelkar, Maithili Sharan Gupt and Seth Govind Das lobbied hard for the cause. Hindi language is spoken by as many as 250 million people as the original language and it is the fourth language of the world. 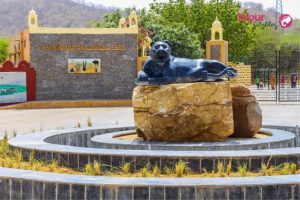