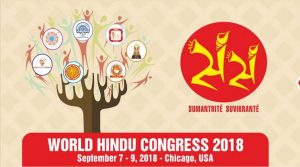 For Prelims and Mains: Key facts on WHC and significance of these conferences, Parliament of World Religions in Chicago.

Context: The second World Hindu Congress is being held in Chicago, Illinois, U.S.

The World Hindu Congress (WHC) is a global platform for Hindus to connect, share ideas, inspire one another, and impact the common good. It offers Hindus an opportunity to introspect towards improvement and tap into our collective resources to seek tangible solutions to the most pressing issues of our age.

In the past, Hindus have held a number of forums and conferences intermittently. But the outcomes of resulting resolutions and implementation of action plans have been sporadic at best. Many of these events never covered dimensions critically important to Hindus such as education, media, politics, and economy with regularity. Moreover, not many of these events were cross-dimensional in nature.

Hindus have both spiritual and secular needs. Unfortunately, many of the secular needs and challenges have been left for others to handle. The WHC seeks to fill in this very important gap. 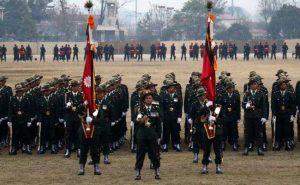 Context: The first BIMSTEC field training exercise is being held at Foreign Training Node at Aundh in Pune, Maharashtra. Armies of BIMSTEC members including India, Bangladesh, Bhutan, Sri Lanka, Myanmar, Thailand and Nepal will participate in it.

The theme of exercise includes counter-terrorism in semi-urban terrain and cordon and search.

The main aim of this military exercise is to promote strategic alignment among the member-states and to share best practices in the area of counter-terrorism.

Nepal is not participating in the exercise. The withdrawal of the Nepal Army from the event comes in the wake of stringent criticism from the ruling and opposition parties in the country, warning Nepal Prime Minister K P Oli that the move would go against the country’s history of following a policy of keeping equal distance from its neighbours, without ever being part of a regional bloc militarily.

For Prelims and Mains: WOSA- Key facts, themes and significance of the summits.

The theme of WOSA 2018 is “CHALLENGES AND OPPORTUNITIES IN OUTCOME BASED ACCREDITATION” and the sub-themes are:

Significance of the summit:

The Summit will facilitate exchange of information on various challenges being faced during the transition between input-output based accreditation to outcome based accreditation. The discussion and global participation in WOSA 2018 will bring about new ideas and help in establishing new trends of identifying opportunities and challenges in professional and technical education world-wide.

About World Summit on Accreditation: 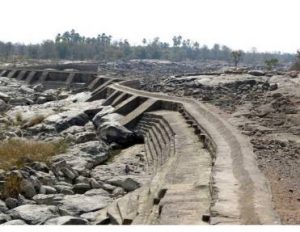 For Prelims and Mains: Particulars of ICID heritage tag and irrigation facilities that received this tag.

Context: A meeting of the International Executive Council, the highest decision making body of International Commission on Irrigation and Drainage (ICID), at Saskatoon in Canada last month has accepted Telangana government’s nomination of Sadarmatt anicut across river Godavari in Nirmal district and Pedda Cheruvu in Kamareddy district in the ICID Register of Heritage Irrigation Structures.

It was constructed during 1891-92 across Godavari river on the left arm on downstream of Sriram Sagar Project near Medampally village in Nirmal. It was built by Nawab Ikbal-ud-Dowla who bore the tile of Vicar-ul-Umrah Bahadur about 50 km downstream of the Sri Ram Sagar Project (SRSP) and is chiefly fed by Sawrnavagu stream.

The Pedda Cheruvu (big tank in Telugu) was built in 1897 during the rule of Mir Mahaboob Ali Khan, the sixth Nizam of Hyderabad State. This tank was taken up under the second round of Mission Kakatiya to be developed as a mini tank bund with an estimated outlay of ₹ 6.6 crore.

About International Commission on Irrigation and Drainage (ICID):

The ICID is a Technical and Voluntary Not-for-profit, International NGO, dedicated to enhance the world-wide supply of food and fibre for all people by improving water and land management, and the productivity of irrigated and drained lands.

For Prelims and Mains: All about DRTs.

Context: The central government has raised the pecuniary limit from Rs 10 lakh to Rs 20 lakh for filing application for recovery of debts in the Debts Recovery Tribunals by such banks and financial institutions.

Debt Recovery Tribunals were established to facilitate the debt recovery involving banks and other financial institutions with their customers. DRTs were set up after the passing of Recovery of Debts due to Banks and Financial Institutions Act (RDBBFI), 1993.

Context: Singapore’s Temasek has agreed to invest as much as $400 million in the National Investment and Infrastructure Fund (NIIF), a fund set up by the government of India to boost infrastructure financing in the country.

The three funds are: 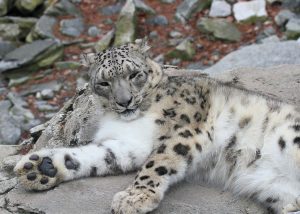 In a first in Asia, Bengaluru airport set to use face recognition as ‘boarding pass’:

Kempegowda International Airport (KIA) in Bengaluru is set to become the first airport in Asia next year to use face recognition as the boarding procedure for passengers to board flights and move across different sections of the airport.