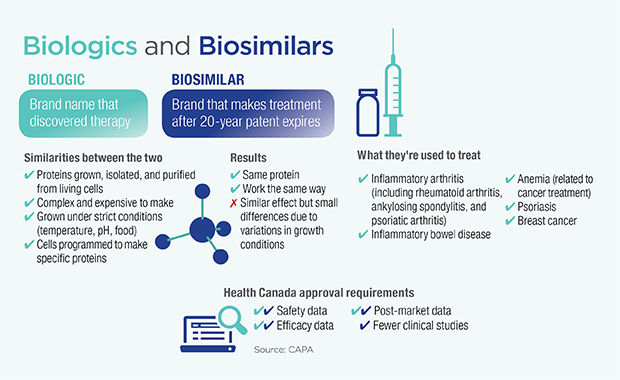 Biosimilars are officially approved versions of original “innovator” products and can be manufactured when the original product’s patent expires. Reference to the innovator product is an integral component of the approval.

Difference between biosimilars and generics:

In case of biosimilars, biological entities being some ward different (and not as it is of replica), every organism has to be engineered to produce the same therapeutic effect while in generics, the copies of API can be generated

Bio-similars differ from generics – in complexity, in the manufacturing processes and in the data needed to demonstrate similarity for approval. The structure of Generic Simple and well-defined whereas for Bio-similar its Complex with potential structural variations.

Regulatory procedure to get approval for biosimilars is complex as compared to that of a generic.

Need of Biosimilars in India:

Due to enormous soaring demand for generic drugs, India’s pharmaceutical producers emerged as world market leaders in this sector and were a major business success story in the 2000s.

In the process, Indian producers made a valuable contribution to reducing costs and to expanding access to life-saving treatments for patients, both in emerging markets and in developed countries.

Recently there is a wave of consolidation among pharma retailers, stiffer competition from Chinese pharma manufacturers and an uptick in generic drug applications have combined to put downward pressure on drug prices.

It is imperative that India’s pharmaceutical manufacturers create new markets to restore market confidence in their growth prospects.

Fortunately, some positive moves in this direction:

Therefore, we can see that biosimilars industry can act as a springboard for the pharma cos to innovate, excel and earn profit and the same needs to promoted at the earliest.

we need to increase access through affordable pricing and some of the drugs need to be under price control.

However, at the same time, a regulatory mechanism needs to be put in place and appropriate monitoring needs to be done to ensure that unfair and unethical practices are abstained from in preparation of biosimilars.