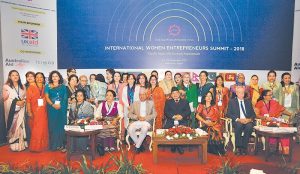 Context: The International Women Entrepreneurs Summit 2018 is being held in Kathmandu, Nepal.

It is organised by the South Asian Women Development Forum.

The main objective of the summit is to bring together achievers, women business leaders, professionals, international service providers, resource organisations, experts, government representatives and other stakeholders with a focus on innovative economic transformation through discussions and collaborations.

Context: The Government is celebrating the month of September, 2018 as the National Nutrition Month under the Poshan Abhiyan.

Objectives: The programme through use of technology, a targeted approach and convergence strives to reduce the level of Stunting, Under-nutrition, Anemia and Low Birth Weight in Children, as also, focus on Adolescent Girls, Pregnant Women & Lactating Mothers, thus holistically addressing malnutrition.

Aims: POSHAN Abhiyaan aims to ensure service delivery and interventions by use of technology, behavioural change through convergence and lays-down specific targets to be achieved across different monitoring parameters over the next few years.

Coverage: To ensure a holistic approach, all 36 States/UTs and 718 districts will be covered in a phased manner by the year 2020.

The draft charter includes 17 rights with description, draws upon all relevant provisions, inspired by international charters and guided by national level provisions, with the objective of consolidating these into a single document.

The proposed Charter draws upon all the existing relevant provisions, with the objective of consolidating these into a single document, thereby making them publicly known in a coherent manner.

There is an expectation that this document will act as a guidance document for the Centre and state governments to formulate concrete mechanisms so that patient’s rights are given adequate protection and operational mechanisms are set-up to make these rights functional and enforceable by law.

The charter also prescribes certain responsibilities that the patient must adhere to.

Significance of the charter:

If the draft Charter of Patients’ Rights released by the Union Ministry of Health and Family Welfare comes into force, patients will not just have the right to emergency medical care and informed consent, but will also have the right to non-discrimination, seek a second opinion and choose alternative treatment options, if available.

Once adopted, the charter will have to be prominently displayed at all hospitals, clinics, pharmacies and diagnostic laboratories. Further, the Centre and state governments need to set-up a grievance redressal mechanism for patients.

This charter is expected to act as a guidance document for the Union Government and State Governments to formulate concrete mechanisms so that Patients’ Rights are given adequate protection and operational mechanisms are set up to make these rights functional and enforceable by law. The onus is now on the States to follow the charter effectively.

Need for a charter on this: 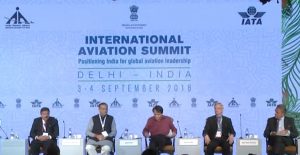 Context: The International Aviation Summit is being held New Delhi.

The summit has been jointly organised by the Airports Authority of India, Ministry of Civil Aviation and International Air Transport Association (IATA).

The Indian Government is preparing for a massive air traffic surge to handle as many as 100 crore passengers in next 15-20 years, much above the 50 crore trips a year as predicted by IATA. According to IATA, India is expected to overtake Germany, Japan, Spain and the UK within the next ten years to become the world’s third largest air passenger market.

Challenges to growth of the sector: 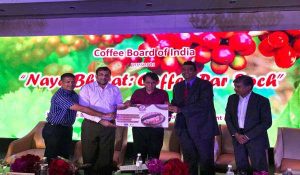 For Prelims and Mains: Highlights of the services launched and their significance.

The mobile app Coffee Connect has been developed to ease the work of field functionaries and to improve the work efficiency.

The Coffee KrishiTharanga services are aimed at providing customized information and services to increase productivity, profitability, and environmental sustainability. NABARD has partly funded the Pilot project.

The solution will help in to reach maximum growers in limited period, efficient, timely, customised advisory, improve the efficiency through digitization and leverage existing mobile reach for wider delivery of improved technology.

Coffee is cultivated in India in about 4.54 lakh hectares by 3.66 lakh coffee farmers and 98% of them are small farmers. Its cultivation is mainly confined to Karnataka (54%), Kerala (19%) and Tamil Nadu (8%) which form traditional coffee tracts.

Coffee Board of India:

The Coffee Board of India is an organisation managed by the Ministry of Commerce and Industry of the government of India to promote coffee production in India.

For Prelims and Mains: Key facts on space elevator.

Context: A Japanese team has developed a space elevator and will conduct a first trial this month, blasting off a miniature version on satellites to test the technology.

The idea was first proposed in 1895 by Russian scientist Konstantin Tsiolkovsky after he saw the Eiffel Tower in Paris, and was revisited nearly a century later in a novel by Arthur C. Clarke. But technical barriers have always kept plans stuck at the conceptual stage.

Plan to save Himalayan springs 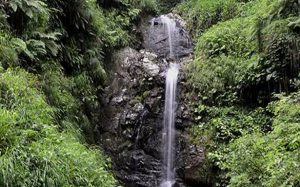 Context: A NITI Aayog constituted group of experts has urged the government to set up a dedicated mission to salvage and revive spring water systems in the country’s Himalayan States.

In this context, it has released a report titled ‘Inventory and Revival of Springs in the Himalayas for Water Security.’

Significance of spring water systems for the region:

Meghalaya with 3,810 villages with springs has the highest number of these water sources in the Eastern Himalayan States.

The task force moots an 8-year programme to overhaul spring water management. This includes: preparing a digital atlas of the country’s springsheds, training ‘para-hydrogeologists’ who could lead grassroots conservation and introduction of a ‘Spring Health Card.’

About the Intergovernmental Oceanographic Commission (IOC):

What is it? It is a joint military exercise between India and Kazakhstan. The aim of the exercise is to build and promote bilateral Army to Army relations and exchange skills and experiences between Kazakhstan Army and the Indian Army. The exercise will also serve as a platform for exchange of drills and procedures.

Context: The 2018 edition will be held in Otar region, Kazakhstan.

This is the third joint military exercise between the two countries which have a history of extensive cooperation in the defence arena. The second edition of the exercise was held in India last year.