Topic– mechanisms, laws, institutions and Bodies constituted for the protection and betterment of these vulnerable sections.

Several reports have come to light where children have been subject to exploitation in shelter homes. This raises questions over the measures and laws in place for protecting children from being subjected to such crimes. The matter has gained prominence and thus the laws, bodies and mechanisms to protect our children needs closer examination.

The question expects us to first highlight the incidents which has led to this topic being in news. Next, we need to examine why is it that despite several mechanisms, laws and bodies in place, the system failed to check such crime. Thereafter, we need to highlight the steps that needs to be taken to ensure that such actions of child abuse are not repeated in future.

Introduction – highlight the recent incidents of child abuse in shelter homes which has led to this issue being in news.

Conclusion – emphasize on the need to protect children by bringing in reforms and discuss way forward.

Topic–  mechanisms, laws, institutions and Bodies constituted for the protection and betterment of these vulnerable sections.

2) Discuss the role of CDSCO in protecting the interests of Indian patients? Examine how can we ensure that such gross negligence that happened in Johnson and Johnson’s case is not repeated in the future?(250 words)

The recent findings of the expert committee constituted by Ministry of health has highlighted the case of JnJ’s faulty prosthetic devices which means there is a need to review the regulatory architecture and our response to such incidents to ensure that such incidents of gross negligence does not take place in future.

The question expects us to first explain the role of CDSCO. Thereafter, we need to explain the case to highlight where CDSCO was found wanting. We need to bring out the lacunae in India’s regulatory architecture for such approval, quality control. Finally, we need to give suggestions to ensure that such incidents do not take place again.

Introduction – Explain the case due to which this issue is in news.

Conclusion – Emphasize on the need of improving the regulatory architecture and suggest way forward.

How to avoid Johnson incidents in future :-

3) In light of the recent RBI report regarding demonetization, critically analyze whether demonetization helped in curbing black money?(250 words)

Critically examine – When you are asked to examine, you have to probe deeper into the topic,  get into details, and find out the causes or implications if any . When ‘critically’ is suffixed or prefixed to a directive, all you need to do is look at the good and bad of something and give a fair judgement.

Introduction – Highlight that tackling black money was one of the key objectives of demonetization.

Conclusions – Give a fair and balanced view on the success of demonetization.

Other impacts of demonetization:-

4) What is Indian Ocean Dipole? Discuss its combined impact with El Nino on monsoons in India?(250 words)

The question expects us to explain what IOD is and discuss in detail how it impacts monsoons in India along with El Nino. 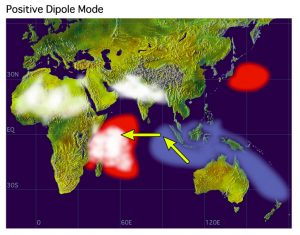 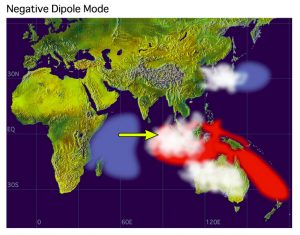 The policy has important implications for the environment especially the water resources which are already highly stressed in our country. It is therefore essential to discuss the issue.

The question wants us to form an opinion as to whether the given policy poses some environmental problems. We have to build our opinion based on a proper discussion highlighting how the policy does/ does not pose problems for the environment.

Discuss in points what are the environmental problems posed by such a policy decision. E.g , a mixture of ‘pressurised water, chemicals, and sand’ (shale fluid) is required to break low permeable rocks in order to unlock the shale gas reserves. The process requires around 5 to 9 million litres of water per extraction activity, posing a daunting challenge to India’s fresh water resources; pollution due to the disposal of flowback (produced) water; No differentiation has been made in the EIA notification between conventional and unconventional oil and gas exploration in this sector; MoEFCC is yet to come out with a manual specific to fracking activities; shale fluid could possibly penetrate aquifers leading to methane poisoning of groundwater used for drinking and irrigation purposes etc.

6) In the wake of major changes in its strategic environment there is an urgent need to revise India’s nuclear power doctrine. Analyze.(250 words)

There have been calls from various intellectuals, journalists and politicians to revise India’s nuclear power doctrine which is 19 years old now. There have been significant changes globally as well as in our neighbourhood which warrant such a revision.

Analyze-Here we  have to examine methodically the structure or nature of the topic by separating it into component parts, and present them as a whole in a summary.

The question wants us to delve deep into the issue and bring out the need to revise India’s nuclear power doctrine under the conditions of major changes in our strategic environment. We have to discuss the changes and then need for revision and present our answer as a whole in summary .

No change is necessary :-

Topic-  Ethics and Human Interface: Essence, determinants and consequences of Ethics in human actions; dimensions of ethics; ethics in private and public relationships.

7) Life extension – using science to slow or halt human aging so that people live far longer than they do naturally – may one day be possible. Discuss the ethical concerns involved in the issue.(250 words)

The question wants us to write in detail about the ethical issues involved in the issue. We have to identify the main ethical issues here and deliberate upon them. We can be as exhaustive as possible (while keeping the word limit in mind).

Introduction– write a few lines about the man’s pursuit for longevity of life and its present status, future possibilities.

Body– Discuss in points  (paragraphs) about the ethical problems involved in the issue.

There have been researches done that  focus mainly on preventing age-related diseases, but its research could lead to methods for slowing or preventing aging itself.

However everyone has the right to liberty and decide for themselves. Thus the pursuit of immortality is not bad in itself. However, our liberty right is limited by the “harm principle.” The harm principle says that the right to individual liberty is limited by a duty not to harm others. There are many possible harms: Dictators might live far too long, society might become too conservative and risk-averse and pensions might have to be limited, to name a few.