1) Sabarimala temple entry case is a test case not only for freedom of religion and women’s rights but also for constitutional interpretation. Comment.(250 words)

The Supreme Court is presently hearing a petition challenging the restrictions placed on entry of women in the Sabarimala temple. The issue has been discussed already but the given article provides new insights into the issue. Therefore it is important to know and discuss upon those insights.

The question wants us to express our opinion on the issue as to how Sabarimala temple entry case is a test case not only for freedom of religion and women’s rights but also for constitutional interpretation. How it is related to the interpretation of the constitution.

Introduction– write a few lines about the key facts of the Sabarimala temple entry case- e.g women of certain age are prohibited from visiting the temple of Lord Ayyappa, a celibate deity etc.

Conclusion–  Based on your discussion, form a fair and a balanced conclusion on the given issue.

How sabarimala temple entry case is a test case for freedom of religion:-

How sabarimala temple entry case is a test case for women’s rights:-

How sabarimala temple entry case is a test case for interpretation of constitution:-

2) Examine whether Right to privacy and right to information are inherently at conflict with each other. Discuss the regulatory architecture through which the two objectives can be reconciled?(250 words)

The article discusses that both RTI and privacy are important civil rights that need to be preserved, however both have contradictory aims which makes it interesting how the two might be reconciled. Herein, we need to examine the pros and cons of the various regulatory architecture and decide which is the most apt for reconciling the two.

The question expects us to first explain how the two are individually important and why they are at odds with each other. Give your opinion on the pertinent questions in this case which are – what would be the mandate of the future data protection authority (DPA) it envisages; and how would the mandate be reconciled with that of the information commissioner.

Introduction – Mention the view of information commissioner Sridhar Acharyulu ,who, in an attempt to save the right to information (RTI) from dilution, cautioned against amending the RTI Act while implementing the data protection framework suggested by the Srikrishna Committee report.

Conclusion – Give a fair and balanced view and the way forward for India to reconcile the two.

How are right to privacy and right to information at conflict with each other :-

Regulatory architecture that can best be suitable to India:-

Topic– India and its neighbourhood relations

3) When it comes to regional cooperation, India’s focus has shifted from SAARC to BIMSTEC. Discuss.(250 words)

In light of the recent summit of BIMSTEC to be conducted in Kathmandu, the grouping has gained significance off late. Ever since, the hopes of a regional partnership via SAARC failed, India has been focussing on BIMSTEC. The article discusses these issues, and identifies the strength, opportunities, weaknesses etc in pursuing a partnership with BIMSTEC. Hence this question.

The question expects us to explain that why India has started focussing more on BIMSTEC. Here India’s issues with Saarc and what led India to pursue closer ties with BIMSTEC needs to be brought out. Thereafter, we need to identify the SWOT vis a vis BIMSTEC and discuss the way forward for deepening cooperation with BIMSTEC.

Introduction – Mention about the recent BIMSTEC summit in Kathmandu and explain a little about BIMSTEC – members, dynamics etc

Conclusion – Discuss the relevance of BIMSTEC vis a vis SAARC and highlight how India should go about deepening regional integration with BIMSTEC so that the mistakes of SAARC are avoided.

Why is BIMSTEC the natural choice :-

4) It is time to formulate water management policies for reservoirs in such a manner that dams are used to control floods, not cause them. Critically Comment.(250 words)

Kerala recently witnessed devastating floods of unprecedented magnitude. Different reasons have been forwarded for the reason behind the floods and sudden release of water from dams is the most cited reason in this regard. However, dams serve some important purposes and can be better managed. It is therefore necessary to discuss the issue of management of dams in detail.

The question wants us to dig deep into the issue and bring out the role of dam management in controlling as well as causing floods. We have to discuss both the aspects of the dams- as causative agents of floods as well as the preventive agent. Based on our discussion we have to form a personal opinion on the issue.

Introduction– write a few lines about the number of dams in India, contribution of hydropower generation in overall electricity generation.

Conclusion– Based on your discussion, form a fair and a balanced conclusion on the given issue. E.g mention regular audit of dams; increasing the share of solar, wind energy etc.

Dams are used to control floods:-

Dams have caused floods as well:-

5) Critically analyze the  options available for price stabilisation of agriculture commodities in the face of  increased output.(250 words)

India has been witnessing farming distress which is partly due to increased production and a weaker demand, which in turn brings down the prices of agricultural commodities. It is therefore essential to evaluate the options available to the government under these circumstances and which can be practically applied on the ground.

Critically analyze-  Here we have to examine methodically the structure or nature of the topic by separating it into component parts, and present them as a whole in a summary.Based on our discussion we have to form a concluding opinion on the issue.

The question wants us to dig deep into the issue and evaluate all the practical options available to the government in such  circumstances. Based on our discussion we have to form an overall opinion on the issue.

Introduction– Write a few lines about the farming distress due to increased supply. E.g The “farm distress” in recent years has been partly on account of output increases well beyond the market demand at a price remunerative to producers. in the absence of effective price support policy, farmers are faced with a loss of income, depending on the price decline.

Body– discuss individually the options available to the government under these particular circumstances and discuss their benefits as well as cons/ limitations.

conclusion-Based on your discussion, form a fair and a balanced conclusion on the given issue.

Topic – Part of static series under the heading “Fronts”

6) Explain the role of the polar front and the air masses that come in conflict in the polar front zone in the temperature and precipitation cycles of the mid latitude and high latitude climates?(250 words)

The question expects us to explain in brief what polar fronts are and the role they play in influencing the temperature of precipitation cycle of the upper and mid latitude regions.

Introduction – Explain Polar front is an area where cold polar winds meet hot tropical air masses. Temperature of these two air masses is very different and leads to formation of stationary front. Explain that it is basically an occluded front. 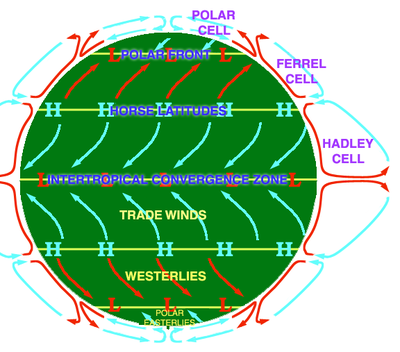 Topic- Human Values – lessons from the lives and teachings of great leaders, reformers and administrators; role of family, society and educational institutions in inculcating values.

7) Age has an important influence in shaping the  the value system of a person. Discuss. (250 words)

The question wants us to write in detail as to how age of a person shapes his/her value system.

Introduction– write a simple definition of value system. E.g A hierarchy of values that all moral agents possess, demonstrated by their choices etc.

Body- Discuss how age shapes the value system of a person. E.g

Take help of the article attached to the question to clarify your concept and to frame your answer.

Answer:-
It is common to speak of three systematic sources of value change in adulthood: historical events that impact on specific age cohorts (e.g., war, depression), physical ageing (e.g., loss of strength or memory), and life stage (e.g., child rearing, widowhood). Each of these sources affects value-relevant experiences. They determine the opportunities and constraints people confront and their resources for coping.

Younger people:-
People form values in adolescence that change little thereafter. The more economic and physical insecurity the adolescents experience, the more important materialist values are to them throughout their lives.

Younger groups will give greater priority to hedonism, stimulation, self-direction, and, possibly, to universalism values, but less priority to security, tradition, and conformity values.

Young adults are expected to prove their mettle. These life circumstances encourage pursuit of achievement and stimulation values at the expense of security, conformity, and tradition values.
Middle adulthood:-

In middle adulthood, people are invested in established family, work, and social relations that they are committed to preserve. Most are approaching the level of achievement they will attain.
Work and family responsibilities constrain risk-taking and opportunities for change narrow. Such life circumstances are conducive to more emphasis on security, conformity, and tradition values and less on stimulation and achievement values. The constraints and opportunities of the pre-retirement life stage reinforce these trends.

Older persons in much of the world give higher priority to materialist vs. post-materialist values than younger people.

Achievement and, perhaps, power values may also be less important for older people who are less able to perform demanding tasks successfully and to obtain social approval.

With retirement and widowhood, opportunities to express achievement, power, stimulation, and hedonism values decrease further. In contrast, the importance of security and the investment in traditional ways of doing things make security

and tradition values more important because a safe, predictable environment is more critical as capacities to cope with change wane.

Stimulation values may be less important because novelty and risk are more threatening.