For Prelims and Mains: Various circuits covered under Swadesh Dashan scheme and key features of the scheme.

Context: The Ministry of Tourism has sanctioned two new projects under Heritage and North East Circuits of Swadesh Dashan Scheme for Rs. 164.95 Crores in Punjab and Tripura.

Topic: Population and associated issues, poverty and developmental issues, urbanization, their problems and their remedies.

China may scrap limit on number of children 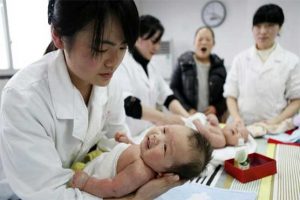 Context: China is planning to scrap the limit on the number of children couples can have. A draft civil code that would end decades of controversial family planning policies has been prepared.

The long history of limits on the number of children a couple can have:

The Communist Party began enforcing a one-child policy in 1979 to slow population growth. The limit was raised to two children in 2016 as the nation scrambled to rejuvenate its greying population of some 1.4 billion.

The need for removal of restrictions:

Concerns are mounting that an ageing and shrinking workforce could slow down its economy, while gender imbalances could lead to social problems. Also, childbirths have not increased as much as forecast since the two-child policy came into force.

One child policy was adopted by China in 1979 out of the Malthusian fears that unchecked population growth would lead to economic and environmental catastrophe. It was also a response to concerns about food shortages.

What is Malthusian theory all about?

Thomas Robert Malthus was the first economist to propose a systematic theory of population. He articulated his views regarding population in his famous book, Essay on the Principle of Population (1798), for which he collected empirical data to support his thesis. He argued that if left unchecked, a population will outgrow its resources, leading to a host of problems.

China has a population of over 1.4 billion, 30% of which is over the age of 50. There is also huge gender imbalance. Now, China needs more people for joining workforce. The working population in China is coming down and elderly population is going up. So Communist Party of China has changed one-child policy to a two-child policy as the country is looking further ahead that China to have larger families.

Why it isn’t a good idea?

Why such policies are not suitable for India?

The implications of such a policy being enforced in India would surely have been more disastrous than it did in China.

Odisha to come up with single revenue code

For Prelims and Mains: Significance, features and the need for Single revenue code.

Context: The Odisha government has proposed to come up with a single revenue act by merging various revenue laws enacted at different point in times.

Need for a uniform revenue code:

The code will be published inviting suggestions and objections from all sections and after scrutiny of feedbacks, necessary changes will be effected and steps will be taken for enactment of the code. 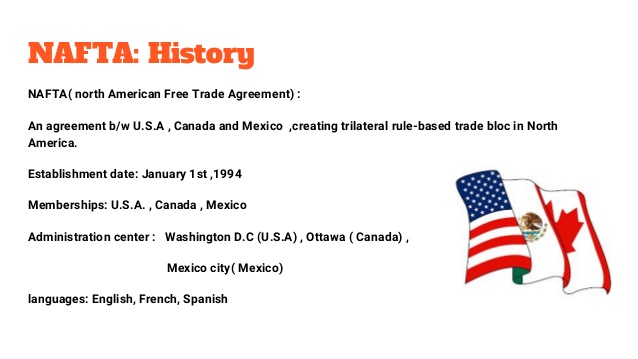 Context: The United States and Mexico have agreed to overhaul the North American Free Trade Agreement (NAFTA), putting pressure on Canada to agree to new terms on auto trade and dispute settlement rules to remain part of the three-nation pact. If talks with Canada are not wrapped up by the end of this week, Trump plans to notify Congress that he has reached a deal with Mexico, but would be open to Canada joining.

Highlights of the new deal:

NAFTA is the initialism for the North American Free Trade Agreement, an agreement signed by Canada, Mexico, and the United States that reduced or eliminated trade barriers in North America. (Since the U.S. and Canada already had a free trade agreement (signed in 1988), NAFTA merely brought Mexico into the trade bloc.)

Negotiations for the trade agreement began in 1990 under the administration of George H.W. Bush and were finalized under Bill Clinton’s presidency in 1993. The agreement went into effect on January 1, 1994.

What was the purpose of NAFTA?

Why is NAFTA controversial? 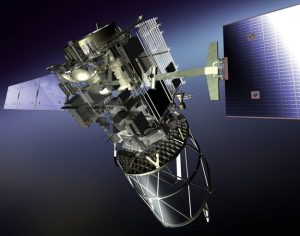 For Prelims and Mains: Mission objectives and key features of Aeolus satellite.

Context: The European Space Agency (ESA) has successfully launched Aeolus satellite that will measure winds around the globe and help improve weather forecasting. The Earth Explorer Aeolus satellite was launched into polar orbit on a Vega rocket from Europe’s Spaceport in Kourou, French Guiana.

Significance and need for information on wind: 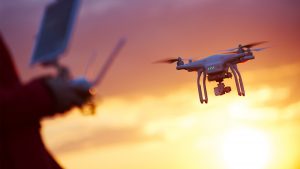 Context: The government has announced the Drone Regulations 1.0. These regulations will enable the safe, commercial usage of drones starting December 1, 2018. They are intended to enable visual line-of-sight daytime-only and a maximum of 400 ft altitude operations.

As per the regulation, there are 5 categories of RPAS categorized by weight, namely nano, micro, small, medium and large.

Enforcement Actions: The enforcement actions are, (a) suspension/ cancellation of UIN/ UAOP in case of violation of regulatory provisions, (b) actions as per relevant Sections of the Aircraft Act 1934, or Aircraft Rules, or any statutory provisions, and (c) penalties as per applicable IPCs (such as 287, 336, 337, 338, or any relevant section of IPC).

Flying drones safely in India will require research and development to understand how they can be best used in India’s unique landscape. Such R&D occurs best in a market-oriented environment, which will not happen unless civilian drone use is permitted. Building profitable companies around drone use can be complicated when the core business model is illegal.

For Prelims and Mains: Particulars and significance of the project, climate change and disasters.

Context: The Ministry of Earth Sciences (MoES) is considering a Rs. 79-crore proposal to study the impact of climate change on Kerala.

Proposed by: The project has been proposed by the National Institute of Science Communication and Information Resources (NISCAIR) under the Council of Scientific Industrial Research (CSIR).

Highlights of the project:

Objectives: The Kerala project will analyse the trends in climatic elements, their spatial pattern and its relationship with extreme events such as El Nino, cyclones etc. The objective of the project is to develop a framework and decision support tool to assess the climate change impact on livelihood and developmental processes.

Focus areas: The ambitious project, spread over a period of three years, will assess the impact of climate change on agriculture (including plantation crops and spices); fisheries (marine and inland); industries; health; transport — vehicular and inland water transports; tourism; biodiversity; forestry; and landslips.

The project involves experts from various scientific institutions across the country. It consists of 25 work packages and covers all the aspects of climate change adaptations for Kerala.

The experts will study the spatial and temporal changes in water resources (surface and groundwater — quantity and quality). Researchers will also assess the monsoonal variations and its impact, besides looking at the climate change scenario on the islets of Kerala.

It assumes significance in the wake of devastating floods that ravaged many parts of the State as the research initiative will specifically assess the dynamics of riverine discharge and saline water incursion under the climate change scenario.

CSIR-NISCAIR is the nodal institute to develop climate change adaptation programmes for islands and coastal ecosystems as part of the 12th Five Year Plan programme approved by the CSIR. 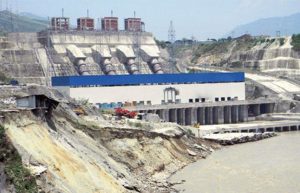 Context: The Centre has signed MOU with Uttarakhand, UP, HP, Rajasthan, Haryana and Delhi for Construction of Lakhwar Multipurpose Project on Yamuna Near Dehradun.

Uttarakhand, Uttar Pradesh, Himachal Pradesh, Haryana, Rajasthan and Delhi are the six Upper Yamuna Basin states. Upper Yamuna refers to the stretch of River Yamuna from its origin to the Okhla Barrage in Delhi.