Context: By exercising his authority under Article 156 of the constitution, President Ram Nath Kovind has appointed Governors of seven states including Bihar, Haryana, Uttarakhand, Jammu and Kashmir, Sikkim, Meghalaya, and Tripura.

Governors of States in India:

FSSAI notifies standards for honey & its products to curb adulteration 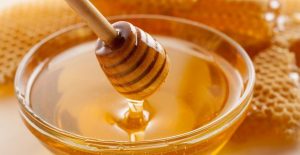 Context: The regulator FSSAI has come out with food safety standards for honey and its products, in a bid to curb adulteration.

At present, there are no separate quality standards for honey and its products. The move comes in the wake of government promoting farmers to venture into the beekeeping business to increase their income. The standards will help fetch farmers better prices for their products.

Parameters: As per the FSSAI notification, honey should comply with 18 parameters like that of sucrose content, glucose ratio, pollen count, foreign oligosaccharides among others.

Limits and standards: The FSSAI has fixed maximum 5% limit for sucrose content in the honey, while 10% for carviacallosa and Honeydew honey. The moisture percentage should be maximum 20% and pollen count should be 25,000 per gram. With regard to by-products, the FSSAI has fixed standards for ‘Bees wax’ and ‘royal jelly’ also.

The regulator has defined honey as the natural sweet substance produced by honey bees from the nectar of blossoms or from secretions of plants, which honey bees collect, transform and store in honey combs for ripening.

No additives: If a product is sold as honey then food ingredient, including food additives should not be added to it. It should not be heated or processed to such an extent that its essential composition is changed and its quality is impaired.

Labelling: Honey can be labelled according to floral or plant source, if it comes from any particular source, and has the organoleptic, physicochemical and microscopic properties corresponding with that origin.

Bees wax is obtained from the honeycombs of bees of Apidae family after the honey has been removed by draining or centrifuging. Beeswax consists of a mixture of esters of fatty acids and fatty alcohols, hydrocarbons and free fatty acids. Minor amounts of free fatty alcohols are also present.

The combs are melted with hot water, steam or solar heat and the melted product is filtered and cast into cakes of yellow bees wax.

Royal jelly is the mixture of secretions from hypopharyngeal and mandibular glands of worker bees, free from any additive. It is the food of larval and adult queens. It is a raw and natural food, unprocessed except for filtration which does not undergo addition of substances. The colour, taste and the chemical composition of royal jelly are determined by absorption and transformation by the bees fed with the following two types of foods during the royal jelly production time.

Significance of the sector:

Context: A report on the policy recommendations on Indian Ocean security by four think tanks from the Quad countries has been unveiled.

The coming together of India, the US, Japan and Australia is being seen as building a strategic partnership to deal with China’s rise and its implications.

Context: The ICOMOS, a global monument conservation body, has launched an initiative to assess the damage to the rich cultural and built heritage in flood-devastated Kerala and set up an emergency response platform.

Kerala is endowed with natural beauty, and is home to a number of iconic forts, palaces and other heritage buildings, which attract a huge number of tourists every year. The state is facing its worst floods in nearly a century.

Rome-based ICCROM is an inter-governmental organisation dedicated to the preservation of cultural heritage worldwide through training, information, research, cooperation and advocacy programmes.

This makes HAL the first PSU (public sector unit) to transact on TReDS across platforms.

TReDS is an online electronic institutional mechanism for facilitating the financing of trade receivables of MSMEs through multiple financiers. The TReDS Platform will enable discounting of invoices/bills of exchange of MSME Sellers against large Corporates including Govt. Departments and PSUs, through an auction mechanism, to ensure prompt realization of trade receivables at competitive market rates.

How does the system work?

A seller has to upload the invoice on the platform. It then goes to the buyer for acceptance. Once the buyer accepts, the invoice becomes a factoring unit. The factoring unit then goes to auction. The financiers then enter their discounting (finance) rate. The seller or buyer, whoever is bearing the interest (financing) cost, gets to accept the final bid. TReDs then settle the trade by debiting the financier and paying the seller. The amount gets credited the next working day into the seller’s designated bank account through an electronic payment mode. The second leg of the settlement is when the financier makes the repayment and the amount is repaid to the financier.

Context: The Indian Computer Emergency Response Team (CERT-In) has prepared a report on cyber attacks in the country.

Many of the institutions impacted by the malicious activities have been identified, and they have been advised to take appropriate preventive action.

CERT-In (the Indian Computer Emergency Response Team) is a government-mandated information technology (IT) security organization. CERT-In was created by the Indian Department of Information Technology in 2004 and operates under the auspices of that department.

The purpose of CERT-In is to respond to computer security incidents, report on vulnerabilities and promote effective IT security practices throughout the country. According to the provisions of the Information Technology Amendment Act 2008, CERT-In is responsible for overseeing administration of the Act. 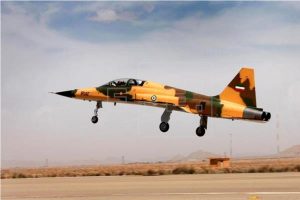 What is it? It is a new domestically-produced fighter jet unveiled recently by Iran.

Significance: Designed and manufactured solely by Iranian military experts, the Kowsar is described as a fourth-generation fighter jet, which classifies it among military fighters in service from approximately 1980 to the present day.

Implications: Iran is currently under economic and diplomatic pressure from a raft of sanctions reimposed by the United States earlier this month, and the unveiling could be seen as a bid to show self-sufficiency and military might in the face of that pressure.

Context: With an aim to encourage the prominent Buddhist heritage and pilgrim sites in the state of Maharashtra, Maharashtra Tourism Development Corporation in association with Ministry of Tourism recently organized the 6th International Buddhist Conclave 2018 in Aurangabad. The Conclave will highlight the traditional and historical facets of Buddhism across the world.

Significance: The International Buddhist Conclave is testament of the Ministry of Tourism and Maharashtra Tourism Development Corporation towards its commitment to advance the experience of travellers as well as tourists looking to experience the spirit of Buddhist inheritance of our country.