Insights into Editorial: Refocusing on Africa 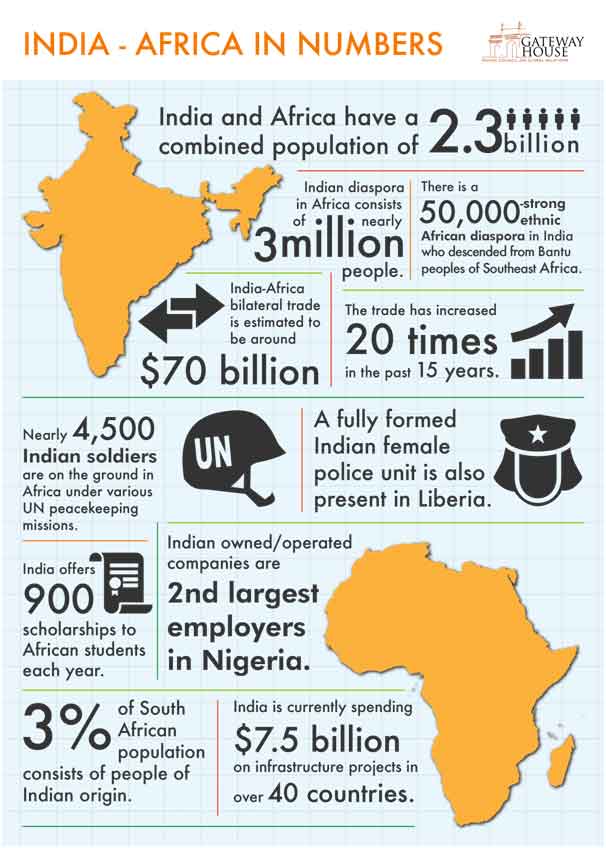 Prime Minister Narendra Modi recently returned from a tour of Rwanda, Uganda and South Africa that included a flurry of agreements and a speech at the BRICS Summit in South Africa outlining 10 guiding principles for India’s engagement in Africa.

Various steps have been taken by Government to enhance trade and commercial relations with African countries.

Bilateral trade between India and African countries are reviewed regularly, including through bilateral mechanisms like of Joint Trade Committee Meetings and Joint Commission Meetings.

A refocused Africa strategy is emerging which builds on India’s soft power in historical, trade, and cultural links, particularly with eastern Africa — or in the new jargon, the western edge of the Indo-Pacific.

Broadly, aiming to secure India’s foothold on the continent, secure access to resources, build markets for Indian goods and services, and support India’s global ambitions, the strategy is also focused on building alliances and differentiating India from China as a development partner. This comes at a time when several countries in the Indo-Pacific have fallen into a debt trap with China.

India has tried to differentiate itself by engaging with its diaspora and private sector links to build development partnerships, where India has a comparative advantage in English-language training and research.

India has also initiated a series of India-Africa forums and is working with Japan on an Asia Africa Growth Corridor.

India has committed about 150 credit lines worth $10 billion as development fund but with lower disbursement rates than China.

PM Visited of Rwanda and Uganda:

Wanting to solidify this strategic relationship, Modi announced India would open a high commission in Rwanda, signed seven MoUs, including in defence, and provided two credit lines of $100 million each for irrigation works and industrial parks.

Prime Minister said that India is putting Africa at the top of its priorities and is keen to build partnerships that will liberate its potential rather than constrain its future.

While India’s Africa strategy is becoming clearer, questions about the efficacy of tools for implementing it remain.

India’s development partnerships are a long way from prioritising Africa and are notorious for their low disbursement rates and slow delivery.

Only four per cent of Indian grants in 2017-18 were committed to Africa. Credit lines to Africa have a 40 per cent disbursement rate, and of the $10 billion in credit promised between 2015-20, only $1.5 billion have been committed through 2019 and an even smaller fraction disbursed.

These are significant barriers as India seeks to implement its new strategic partnership with Africa and convince countries that it cannot only commit but also deliver. Focus on efficacy and timely action in terms of delivering promises will help India achieve this goal.

The objective is to be to promote south-south cooperation and boosting trade and investments between India and Africa across key sectors such as Agriculture, Renewable Energy, Education & Skill Development, Healthcare, Information Technology, IT enabled Services and so on.