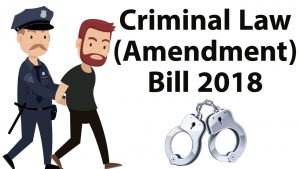 Context: Parliament has passed the Criminal Law (Amendment) Bill, 2018. The main highlight of the bill is that it seeks to amend the Indian Penal Code (IPC), the Evidence Act, the Code of Criminal Procedure (CrPC) and the Protection of Children from Sexual Offences (POCSO) Act to introduce a new provision to sentence convicts of such crimes punishment of death.

Need for a stringent law:

The number of reported cases of rapes of children increased in India by 82% in 2016 compared to 2015. A climate of violence, social and economic insecurity, alienation, and a progressive undermining of the status of women and children seem to have given an impetus to carry out crimes against women and children.

Therefore, the legal system must give a clear signal that we as a nation consider the rape of children below the age of 12 as among the most heinous of offences. Making such crimes punishable by capital punishment certainly gives such a signal.

Rajasthan and Madhya Pradesh have passed a Bill providing for death penalty to those convicted of raping girls of 12 years and below. 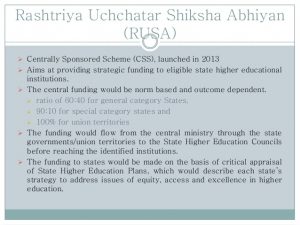 Selection of the districts:

These districts have been selected on the basis of the composite index which includes published data of deprivation enumerated under Socio-Economic Caste Census, Health & Nutrition, Education and Basic Infrastructure.

Support by the Centre: Under the scheme, central assistance is provided for opening of new Model Degree Colleges(MDCs) in these districts and in unserved & underserved districts in North Eastern and Himalayan States.

Kind of support: The central support provided under the component of new MDCs is infrastructural in nature in which funds are released for creation of Colleges with requisite infrastructure such as appropriate number of class rooms, library, laboratory, faculty rooms, toilet blocks and other essential requirements for technologically advanced facilities.

States’ role: Under this component, a commitment is given by the State Governments that all recurring expenditure (including salaries) in respect of the MDC being established, will be borne by the respective State Government. Additionally, under a separate component of RUSA viz., Faculty Recruitment Support, central support is provided for creation of additional posts of Assistant Professors.

The key objectives of RUSA are to improve access, equity and quality in higher education through planned development of higher education at the state level. Objectives include creating new academic institutions, expanding and upgrading the existing ones, developing institutions that are self-reliant in terms of quality education, professionally managed, and characterized by greater inclination towards research and provide students with education that is relevant to them as well the nation as a whole.

Aim: The Startup Academia Alliance aims to reduce the gap between scientific research and its industrial applications in order to increase the efficacy of these technologies and widen their impact.

The first phase of Startup Academia Alliance will be implemented in partnership with Regional Centre for Biotechnology, The Energy and Resources Institute (TERI), Council on Energy, Environment and Water, and TERI School of Advanced Studies.

Renowned scholars from these institutes, from fields including renewable energy, biotechnology, healthcare and life sciences were taken on board to provide mentorship and guidance to the startups working in relevant areas.

For Prelims and Mains: The Uprising and its relevance for Myanmar today.

What is it? It was a series of nationwide protests, marches and civil unrest in Burma (Myanmar) that peaked in August 1988. Key events occurred on 8 August 1988 and therefore it is known as the 8888 Uprising.

Why in News? August 8 marks the 30th anniversary of this uprising.

Overview of the uprising:

‘8888’ was a people’s movement that challenged the then ruling Burma Socialist Programme Party’s grip on political, economic and social affairs which led the country into extreme poverty.

The objective of ‘8888’ was two-fold: to push for the transfer of power from the military to a civilian leadership and a change in the political system from an authoritarian regime to a multi-party democracy.

The protests and the bloody crackdown gave rise to the National League for Democracy (NLD), a political party which paved the way for the current Myanmar State Counsellor, Aung San Suu Kyi’s entry into politics and for the pro-democracy movement to continue.

The present set up:

The democratic transition in Myanmar thus far has been meticulously designed by the military. The primary objective, which is laid out in the country’s 2008 Constitution, is to give the military a dominant role in politics. In a parallel to the ‘Burmese way to socialism’ introduced by former military leader Ne Win in the 1960s, Myanmar now practices what can be called the ‘Burmese way to democracy’ as introduced by former Prime Minister Khin Nyunt in 2003 when he announced the military’s seven-step road map to a flourishing democracy.

For democracy to strike deep roots in Myanmar, the role of the ‘8888’ leaders remains important. The military must note that the people of Myanmar as well as members of the international community want a democracy that respects the rights of all its people, including the minorities.

The military may hesitate to roll back its dominant role in Myanmar’s politics but it should note that no democracy can succeed when the military holds the reins and is unaccountable to an elected civilian leadership.

For Prelims and Mains: RISECREEK and its significance, Project Shakti.

What are they? They are industry-standard microprocessors developed by scientists from IIT- Madras. They are produced under Project Shakti and have been fabricated free at Intel’s facility at Oregon, U.S., to run the Linux operating system. 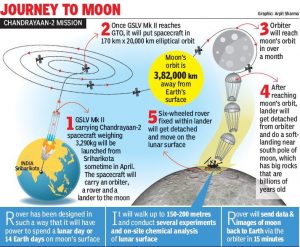 For Prelims and Mains: The mission, its features and the significance.

Context: The mission, Chandrayaan 2, has been postponed again from its proposed October launch to January 2019. This time, the delay was caused because the indigenously developed lander was having trouble with rethrottling. The lander has now gone back to the design table for a design change.

Background- timeline of the mission: 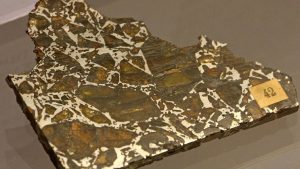 For Prelims and Mains: Uakitite and its features.

What is it? It is a new mineral has been discovered in a meteorite in Eastern Russia.

Scientists don’t know a lot more about this mysterious space rock as they were unable to obtain all physical and optical properties of the mineral because of its small size.

What is it? It is China’s hypersonic “waverider” flight vehicle. It is also called Starry Sky-2.

Key features of the aircraft: