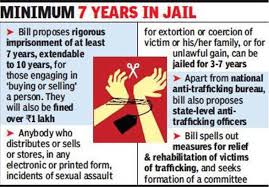 Context: The Lok Sabha has passed the Trafficking of Persons (Prevention, Protection and Rehabilitation) Bill, 2018. The Bill provides for the prevention, rescue, and rehabilitation of trafficked persons.

Key features of the Bill include:

National Anti-Trafficking Bureau:  The Bill provides for the establishment of a National Anti-Trafficking Bureau to investigate trafficking cases and implement provisions of the Bill.  The Bureau will comprise of police officers, and any other officers as required.  It may take over the investigation of any offence under the Bill, that has been referred to it by two or more states.  Further, the Bureau may: (i) request the state government to co-operate in the investigation, or (ii) transfer the case to the state government for investigation and trial, with approval from the central government.

Functions of the Bureau:  Key functions of the Bureau include: (i) coordinating and monitoring surveillance along known routes, (ii) facilitating surveillance, enforcement and preventive steps at source, transit and destination points, (iii) maintaining coordination between law enforcement agencies and non-governmental organisations and other stakeholders, and (iv) increasing international cooperation with authorities abroad for intelligence sharing, and mutual legal assistance.

Anti-Trafficking Units:  The Bill also provides for the setting up of Anti-Trafficking Units (ATUs) at the district level.  ATUs will deal with the prevention, rescue, and protection of victims and witnesses, and for the investigation and prosecution of trafficking offences.  In districts where an ATU is not functional, this responsibility will be taken up by the local police station.

Anti-Trafficking Relief and Rehabilitation Committee:  The Bill provides for the establishment of Anti-Trafficking Relief and Rehabilitation Committees (ATCs) at the national, state, and district levels.  These Committees will be responsible for: (i) providing compensation to victims, (ii) repatriation of victims, and (iii) re-integration of victims in society, among others.

Search and rescue:  An Anti-Trafficking Police Officer or an ATU can rescue persons, if there is an imminent danger to them.  They will be produced before a Magistrate or Child Welfare Committee for medical examination.  The district ATC will provide relief and rehabilitation services to the rescued persons.

Time-bound trial:  The Bill provides for setting up designated courts in each district, which will seek to complete trial within a year.

More than 300,000 children went missing in the country between 2012 and 2017, government data shows. Around 100,000 are yet to be traced and it is feared that many of them could have been trafficked. 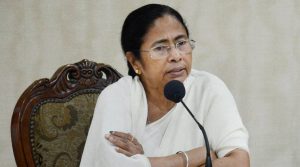 For Prelims and Mains: Procedure to change the name of states in India.

The state government first proposed the renaming in 2016. West Bengal parliamentary affairs minister Partha Chatterjee had then argued for the change saying bureaucrats and politicians from the state often complain that they are asked to speak at the end of every national-level meeting in Delhi. This was because the speakers’ lists at such meeting are prepared according to alphabetical order of the states they represent. If West Bengal gets the new name, it will leapfrog from bottom of the list to the top of the pecking order.

The renaming will help the state appear at the fourth spot after Arunachal Pradesh, Andhra Pradesh and Assam in the alphabetic order of the states.

The name change will only become official when resolution gets approval from Union Home Ministry and Parliament passes Bill.

The procedure of renaming of the state can be initiated by either the Parliament or the State Legislator and the procedure is as follows:

Initiation by a State:

If any fresh proposal comes from states to the Home Ministry, it will prepare a note for the Union Cabinet for an amendment to the Schedule 1 of the Constitution. Thereafter, a Constitution Amendment Bill will be introduced in Parliament, which has to approve it with a simple majority, before the President gives his assent to it. 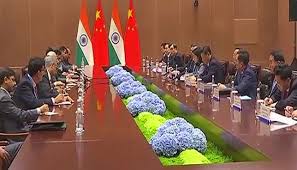 Context: The 2018 BRICS summit, the tenth such annual summit, is being held in South Africa.

Theme: “BRICS in Africa: Collaboration for Inclusive Growth and Shared Prosperity in the 4th Industrial Revolution”.

The theme is intended to align and ensure strategic continuity with the approved themes for South Africa’s Chairship of both the South African Development Community (SADC) and the Indian Ocean Rim Association (IORA).

The new areas of BRICS cooperation as proposed by South Africa, are as follows:

BRICS is an acronym for the grouping of the world’s leading emerging economies, namely Brazil, Russia, India, China and South Africa.

Summits: The BRICS Leaders’ Summit is convened annually with discussions representing spheres of political and socio-economic coordination, in which member countries have identified several business opportunities, economic complementarities and areas of cooperation.

Chairship: The Chairship of the forum is rotated annually among the members, in accordance with the acronym B-R-I-C-S. Over and above the summit, BRICS cooperation in the past decade has expanded to include an annual programme of over 100 sectoral meetings. Cooperation among members is predicated on three levels or “tracks” of interaction, namely:

The First BRIC Summit was held in June 2009 in Yekaterinburg, Russia.

The Ninth BRICS Summit was held in Xiamen, China under the theme “BRICS: Stronger Partnership for a Brighter Future”. The leaders built on achievements already made with a share vision for future development of BRICS, discussed international and regional issues of common concern and adopted the Xiamen Declaration.

In future, potential investors are likely to be cautious as they are monitoring political risks such as China abolishing presidential term limits and upcoming general election in India. But sheer size of Chinese and Indian markets, will continue to be draw for investors and they will remain highest-ranking emerging markets on the index.

Aim: It aims to serve as the common point for all the innovation happening across the nation.

How? It creates the much-needed innovations platform for registering both grassroots and deep-tech innovators at a national level. Those searching for a critical innovation can leverage the portal advantageously for the benefit of the economy as well as national social needs.”

Some of the features of this platform are:

Significance of the portal:

India has been a very innovation-oriented society, but our challenge has been a structured approach to innovation, capturing them and building an ecosystem to take them global.

The new initiative to capture and support innovation from ground up, is aimed at creating a structured ecosystem to encourage, enhance and develop India’s innovative character.

The Atal Innovation Mission (AIM) is the Government of India’s flagship initiative to promote a culture of innovation and entrepreneurship in the country.

AIM is mandated to create an umbrella structure to oversee innovation ecosystem of the country and revolutionizing the innovation eco-system – touching upon the entire innovation life cycle through various programs.

The Atal Innovation Mission shall have two core functions:

Context: 20 National Waterways out of 111 are in North Eastern Region (NER).  NW-2 (river Brahmaputra) from Dhubri to Sadiya (891 km) is operational for transport and cruise and cargo vessels are moving on it.

Facts for Prelims- Proposed waterways in the North East: 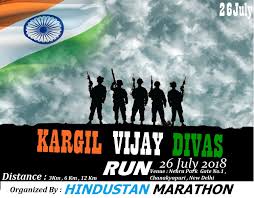 Context: Indian Army declared the Kargil mission successful on July 26, 1999; since then the day has been celebrated annually as Kargil Vijay Diwas.

India launched ‘Operation Vijay’ to clear the Kargil sector of infiltration by Pakistani soldiers and Kashmiri militants on the Indian side of the Line of Control.

Background: The war took place between May and July of 1999 in Jammu and Kashmir’s Kargil district. It began with the infiltration of both Pakistani troops and terrorists into Indian territory. The infiltrators positioned themselves in key locations that gave them a strategic advantage during the start of the conflict.

Safed Sagar, the Indian Air Force’s operation, was a major part of the Kargil war. It used air power at the height of 32,000 feet for the first time. 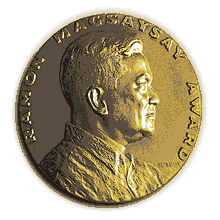 Context: Two Indians Bharat Vatwani and Sonam Wangchuk are among six who have been declared winners of 2018 Ramon Magsaysay Award.