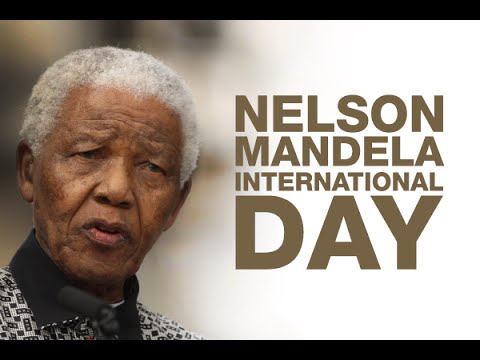 What is Nelson Mandela International Day?

Who was Nelson Mandela? 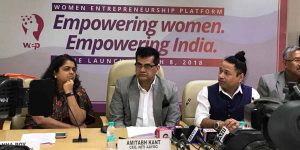 About the Women Entrepreneurship Platform:

Aim: The initiative is aimed at building an ecosystem for women across India to realize their entrepreneurial aspirations, scale-up innovative initiatives and chalk-out sustainable, long-term strategies for their businesses. This will be done through an enabling network of industry collaborations, partnerships, mentors and peer-to-peer connect.

What it does? From providing unique services such as credit evaluation of women-led startups by CRISIL and potential equity investments through an INR 10 crore fund established by DICE Districts, the WEP opens up avenues of growth and opportunity for women entrepreneurs.

Need for economic empowerment of women:

Economically empowered women are major catalysts for development. There is greater recognition of the positive relationship between increased economic activity by women and improved social outcomes. Women often tend to reinvest their income in their children’s education, health and nutrition. This has a positive impact on the potential for economic growth.

Context: Scientists have created a new phase in Earth’s geological history and named it Meghalayan, after a stalagmite from a cave in the Indian state of Meghalaya that helped define climatic events 4,200 years ago, marking the beginning of the phase that continues till today.

The beginning of Meghalayan age:

Context: The Speaker of Lok Sabha, Sumitra Mahajan has admitted a no-confidence motion moved by the opposition against the ruling government.

What is a no-confidence motion?

A no-confidence motion is a parliamentary motion which is moved in the Lok Sabha against the entire council of ministers, stating that they are no longer deemed fit to hold positions of responsibility due to their inadequacy in some respect or their failure to carry out their obligations. No prior reason needs to be stated for its adoption in the Lok Sabha.

At least 50 MPs would need to stand up and support the move. If there are 50 MPs in favour, the motion is admitted and the speaker allots a date for discussion on the motion. The prime minister or ministers reply to the charges made. The mover has the right to reply. After the debate, the speaker puts question to the house and ascertains the decision of the house by voice vote or a division.

A Motion of No-confidence need not set out any grounds on which it is based.  Even when grounds are mentioned in the notice and read out in the House, they do not form part of the no-confidence Motion.

The government is expected to resign if it loses a trust vote. In case its refuses to do so, the President has the power to remove the prime minister. In the history of Indian Parliament, no Prime Minister has been forcibly removed so far.  After a government loses a trust vote and resigns, it continues to function, but as a caretaker government with almost the same powers as it had before the voting.

However, a caretaker government wouldn’t have the power to take any major policy decisions since Parliament remains dissolved. A new government gets elected after the general elections.

For Prelims and Mains: All about no- confidence motion.

Context: Ministry of Human Resource Development (MHRD) has announced ‘Padhe Bharat- Badhe Bharat’ an initiative to promote reading culture among students. The initiative has been launched under ‘Samagra Shiksha’.

‘Samagra Shiksha’ is an overarching programme for school education extending from Primary till class 12. The programme was introduced in the Union Budget 2018-19 with the aim to treat school education holistically without segmentation of primary and secondary education.

The major interventions, across all levels of school education, under the scheme are: 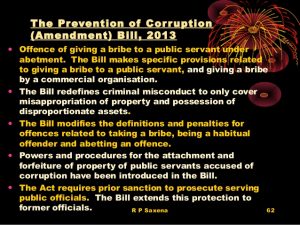 Major changes suggested in the PC Act, 1988 as reported by the Rajya Sabha Select Committee, 2016 include:

Giving a bribe as punishable offence: The Bill introduces the offence of ‘giving a bribe’ as a direct offence. However, a person who is compelled to give a bribe will not be charged with the offence if he reports the matter to law enforcement authorities within seven days.

Redefining the Criminal misconduct: The Bill redefines the provisions related to criminal misconduct to only cover two types of offences: (i) fraudulent misappropriation of property; and (ii) illicit enrichment (such as amassing of assets disproportionate to one’s known sources of income).

Time limit for trial of cases: As per the Bill, trial by special judge should be completed within two years. If not, reasons for the delay must be recorded, for every six months of extension of time obtained. However, the total period for completion of trial may not exceed four years.

The amendment to the Prevention of Corruption Act, 1988 was necessitated from the obligation of India to review the existing provisions of the Act so as to bring it in line with the United Nations Convention against Corruption (UNCAC). 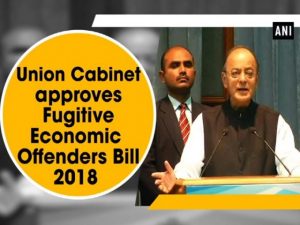 Context: The Lok Sabha has passed the Fugitive Economic Offenders Bill, which aims to deter fugitive economic offenders from evading the legal process by fleeing the country and remaining outside the jurisdiction of Indian courts.

Who is a fugitive economic offender? 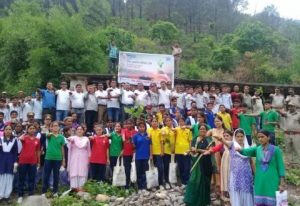 Context: The National Mission for Clean Ganga (NMCG) recently organised the ‘Ganga Vriksharopan Abhiyan’ in five main Ganga basin states – Uttarakhand, Uttar Pradesh, Bihar, Jharkhand and West Bengal. The State Forest Departments of these five states acted as the Nodal Agencies for the smooth and effective execution of the campaign.

The afforestation is part of the Forest Interventions in Ganga (FIG) which is significant as it aims to bring greater awareness among people and other stakeholders regarding the importance of afforestation for the task of Ganga Rejuvenation.

Why is Afforestation in Ganga Basin important?

The National Mission for Clean Ganga (NMCG) is the implementation wing of National Ganga Council which was set up in October 2016 under the River Ganga (Rejuvenation, Protection and Management) Authorities order 2016. The order dissolved National Ganga River Basin Authority.

NMCG has a two tier management structure and comprises of Governing Council and Executive Committee. Both of them are headed by Director General, NMCG. Executive Committee has been authorized to accord approval for all projects up to Rs.1000 crore.

The order envisages five tier structure at national, state and district level to take measures for prevention, control and abatement of environmental pollution in river Ganga and to ensure continuous adequate flow of water so as to rejuvenate the river Ganga as below: