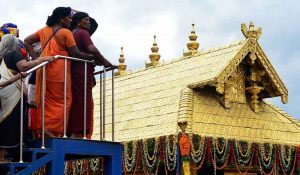 Context: In its first preliminary observations on a rule barring women from entering the Sabarimala temple in Kerala due to biological reasons, the Supreme Court has said women have the constitutional right of equal access to public places of worship to pray. Any rule that stood in their way would be against this right, the apex court said.

Women are not allowed to enter Sabarimala temple. The discrimination is based on physiological reason as women between the age group of 10-50 undergo menstruation.

Therefore, the discrimination is a violation of the rights to equality and gender justice. 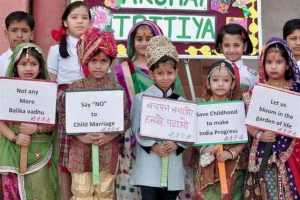 The ministry seeks to amend section 3 of the Prohibition of Child Marriage Act, under which a child marriage is only voidable at the option of the contracting parties.

The legal age for marriage in India is 18 for a woman and 21 for a man.

If approved, it will amend the provisions of the law that allow child marriages to continue till a case is filed in a district court by either of the two contracting parties within two years of becoming an adult, or through a guardian in case of minors.

Article 161 of the Constitution

Context: Cabinet approves Special Remission to Prisoners on the occasion of 150th Birth Anniversary of Mahatma Gandhi. Ministry of Home Affairs will issue advice to all States and UTs asking them to process the cases of eligible prisoners.

State Governments and UT Administrations will be advised to constitute a Committee to examine the cases. State Governments will place the recommendations of the Committee before Governor for consideration and approval under Article 161 of the Constitution. After the approval, the prisoners will be released.

Article 161 deals with Power of Governor to grant pardons, etc, and to suspend, remit or commute sentences in certain cases.

It states, the Governor of a State shall have the power to grant pardons, reprieves, respites or remissions of punishment or to suspend, remit or commute the sentence of any person convicted of any offence against any law relating to a matter to which the executive power of the State extends.

DIFFERENCE BETWEEN PARDONING POWERS OF PRESIDENT AND GOVERNOR:

The process of granting pardon is simpler but because of the lethargy of the government and political considerations, disposal of mercy petitions is delayed. Therefore, there is an urgent need to make amendment in law of pardoning to make sure that clemency petitions are disposed quickly. There should be a fixed time limit for deciding on clemency pleas.

For Prelims and Mains: Pardoning powers of Governors and the President- constitutional provisions, features, need, differences and significance.

Context: Cabinet approves MoU between the Institute of Chartered Accountants of India and Bahrain Institute of Banking and Finance, Bahrain. 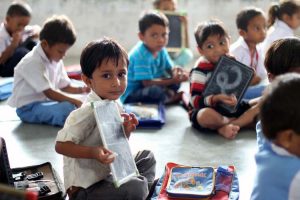 Context: Lok Sabha has passed The Right of Children to Free and Compulsory Education (Second Amendment) Bill, 2017 to abolish the ‘no detention policy’ in schools.

According to this provision “no child admitted in a school shall be held back in any class”. This translates into automatic promotions to the next class every year until Class VII. Instead of exams, schools are supposed to hold Continuous and Comprehensive Evaluations (CCE) for every child.

The provision had attracted criticism with several states and schools complaining that it compromised on academic rigour and learning levels and quality at schools. 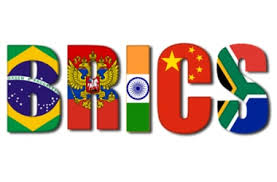 Context: The Union Cabinet has approved the signing of Memorandum of Understanding (MoU) amongst BRICS Nations on the Regional Aviation Partnership Cooperation viz. Brazil, Russia, India, China and South Africa.

The objective is that BRICS countries would benefit from the establishing of an institutional framework to cooperate in the field of civil aviation.

Among the areas of cooperation, following areas have been identified:

The MoU signifies an important landmark in the civil aviation relations between India and other BRICS Member States and has the potential to spur greater trade, investment, tourism and cultural exchanges amongst the BRICS Nations.

BRICS is the acronym for an association of five major emerging national economies: Brazil, Russia, India, China and South Africa.

The acronym “BRICs” was initially formulated in 2001 by economist Jim O’Neill, of Goldman Sachs, in a report on growth prospects for the economies of Brazil, Russia, India and China – which together represented a significant share of the world’s production and population.

Why does the world need the BRICS?

Jim O’Neill’s point has been that the world is changing. The leading role of the Group of Seven (G7) and, more broadly, of the Organisation for Economic Cooperation and Development (OECD) is no longer undisputed. Most multi-lateral institutions were designed in the era when the West dominated the world. The US and Europe are over-represented in the IMF and the World Bank. Together with Japan, they control most regional development banks as well.

Context: Parliament passes State Banks (Repeal and Amendment) Bill, 2017 to merge six subsidiary banks with State Bank of India after it was approved by Rajya Sabha.

Features of the Bill:

The Union Cabinet in February 2017 had approved merger of five associate banks along with Bharatiya Mahila Bank with SBI. The purposes of merger were rationalisation of public bank resources, reduction of costs, better profitability, lower cost of funds leading to better rate of interest for public at large and improve productivity and customer service of the public service banks. The merger had made SBI one of 50 biggest banks of world.

Key decisions under the framework include increasing the exploration period granted for blocks in the northeast, and easing the sharing of royalties with the developers of the blocks. 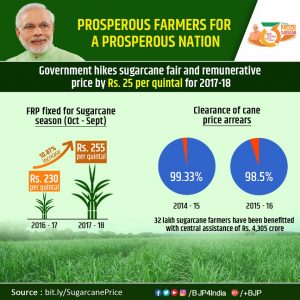 CACP recommends the fair and remunerative prices based on inter-crop price parity, inflation considerations, fair return to farmers and a host of other factors. It is the cabinet Committee on Economic affairs that finally approves it.

Why in News? The Indian Air Force for the first time is participating with fighter aircraft in Exercise Pitch Black 2018.

Why in News? Appointments Committee of the Cabinet (ACC) has approved renewal of appointment of Prof Anil D Sahasrabudhe as the chairman of the All India Council for Technical Education (AICTE) till he attains the age of 65 years.

AICTE: AICTE is a statutory body established in November 1945. It comes under the aegis of Department of Higher Education, Ministry of Human Resources Development. It is a national-level council for technical education responsible for planning and coordination of technical education and management of education system in the country. It accredits graduate and post graduate programs at Indian institutions.