Context: Taking cognizance of the recent cases of illegal adoptions, Ministry of Women and Child Development directs state governments to ensure registration of all child care institutions and linking to CARA within the next one month.

The mandatory registration of CCIs and linking to Central Adoption Resource Authority (CARA) has been provided in Juvenile Justice (Care and Protection of Children) Act, 2015.

What is the Hague Convention?

The Hague Convention protects children and their families against the risks of illegal, irregular, premature or ill-prepared adoptions abroad.

To do this, the Hague Convention puts:

For Hague adoptions, the authorities in both countries must agree to go ahead with the adoption. For non-Hague adoptions, requirements may vary from one country to another. The Hague Convention does not allow private adoptions in the child’s home country.

Adoption is a handled by the provinces and territories, and they all have and follow laws implementing the Hague Convention.

Know where Hague is located: Hague is a city on the western coast of the Netherlands and the capital of the province of South Holland.

For Prelims and Mains: Highlights of the Bill.

Context: Union Home Ministry is planning to create National Database of Arms Licenses system from April 2019. The decision has been taken by exercising powers under Section 44 of the Arms Act, 1959 (54 of 1959) by amending the Arms Rules, 2016. These rules will be called the Arms (Second Amendment) Rules, 2018.

The move is aimed at keeping tab on authorised private gun holders, many of whom are often found involved in crimes and celebratory firing leading to loss of lives. It will also eliminate possibilities of issuing arms licence to persons whose antecedents are not bona.

About the National Database of Arms Licenses system:

Under Section 3 of the Arms Act, it is essential to obtain an arms possession licence issued by a competent licensing authority, by any person for acquisition, possession or carrying any firearms or ammunition. 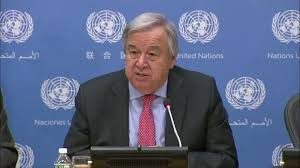 Context: United Nations for first time has finalized Global Compact for Safe, Orderly and Regular Migration to better manage international migration, address its challenges, strengthen migrant rights and contribute to sustainable development. The agreement will be formally adopted by world leaders in Morocco in December 2018.

Need for a global compact:

Over 250 million migrants worldwide account for 3% of the world’s entire population, but contribute 10% of the global gross domestic production (GDP). Migrants remittance is huge contributor to their home countries’ development.

The Global Compact for Migration (GCM) offers the international community the opportunity to improve workplace productivity and deliver decent work outcomes for migrant and national workers, as well as to shift current misperceptions of migration, by readjusting migration policies to effectively include all labour market aspects.

The GCM is meant to be consistent with target 10.7 of the 2030 Agenda for Sustainable Development – in which Member States committed to cooperate internationally to facilitate orderly, safe and responsible migration. 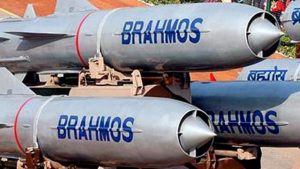 LEAP is high-performance microscope that can provide a precise atom-by-atom view of materials. It provides atomic-scale insights into metallic, which will influence wide spectrum of industries ranging from steel to automobiles and energy to transportation sector. It will also give major thrust to research in nanotechnology, among other fields

The remotely operable LEAP microscope has been developed in a collaborative exercise involving eight top research institutions in country, spearheaded by IIT-M. Other partner institutions are IITs of Bombay, Delhi, Kanpur, Kharagpur and Ropar, International Advanced Research Centre for Powder Metallurgy and New Materials (ARCI) and Board of Research in Nuclear Sciences (BRNS).

For Prelims and Mains: LEAP- features, significance and potential applications. 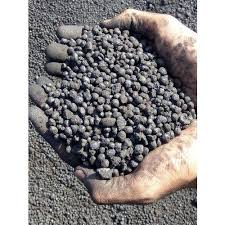 Context: The Petroleum Ministry has told the Supreme Court that it is in favour of a ban on the import of petroleum coke. However, the environment ministry is yet to take the final call and will consult with all stakeholders before arriving upon a decision.

The apex Court had, in December last year, refused to lift the ban on the use of pet coke and furnace oil in many industrial units in Rajasthan, Uttar Pradesh and Haryana keeping in view the increasing level of pollution. It had also refused to give any relief to industrial units like the National Thermal Power Corporation Limited (NTPC) and Hindalco.

Petroleum coke, the bottom-of-the-barrel leftover from refining Canadian tar sands crude and other heavy oils, is cheaper and burns hotter than coal. But it also contains more planet-warming carbon and far more heart- and lung-damaging sulphur.

The petcoke burned in factories and plants is contributing to dangerously filthy air in India, which already has many of the world’s most polluted cities. It contains 17 times more sulfur than the limit set for coal, and a staggering 1,380 times more than for diesel.

The country has seen a dramatic increase in sulfur dioxide and nitrogen dioxide emissions in recent years, concentrated in areas where power plants and steel factories are clustered. Those pollutants are converted into microscopic particles that lodge deep in the lungs and enter the bloodstream, causing breathing and heart problems.

Petcoke, critics say, is making a bad situation worse across India. About 1.1 million Indians die prematurely as a result of outdoor air pollution every year, according to the Health Effects Institute, a nonprofit funded by the U.S. Environmental Protection Agency and industry.