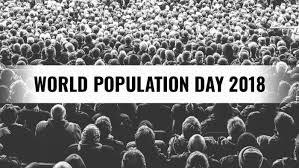 Theme for 2018: World Population day will run on the theme “Family Planning is a Human right” this year.

Almost on the verge of completing three decades now, the internationally celebrated event aims to spread awareness on issues such as overpopulation, under-population and birth control. The world population is currently pegged at around 7 billion and according to UN reports is growing at a fast pace, adding 83 million people every year. 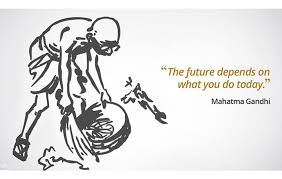 Context: In a bid to eliminate the need for manual scavenging, the Centre has launched a challenge asking innovators, NGOs, research institutions, companies and cities to propose technology and business solutions to clean urban sewers and septic tanks without human entry. The challenge will be part of the Mahatma Gandhi International Sanitation Convention to be held on October 18 this year.

The objectives are to identify technological and business process innovations, endorse viable business models suitable for cities of different sizes and geographies, and pilot test shortlisted technologies and solutions in select project cities and bridge the gap between innovators or manufacturers and beneficiaries such as urban local bodies and citizens.

Context: The Mission Olympic Cell has included the entire Indian hockey team in the Target Olympic Podium Scheme, rewarding the players for their silver medal-winning performance at the Champions Trophy.

Athletes from different sports have been included in Target Olympic Podium Scheme (TOPS) individually but it is first instance that an entire team has been made beneficiary of the financial assistance scheme.

Abinav Bindra Committee was constituted to identify and support potential medal prospects for 2020 and 2024 Olympic Games under the scheme.

The Mission Olympic Cell is a dedicated body created to assist the athletes who are selected under the TOP Scheme. The MOC is under the Chairmanship of the Director General, Sports Authority (DG, SAI). The idea of the MOC is to debate, discuss and decide the processes and methods so that the athlete receives best assistance. The MOC also focuses on selection, exclusion and retention of athletes, coaches, training institutes that can receive TOPS assistance. 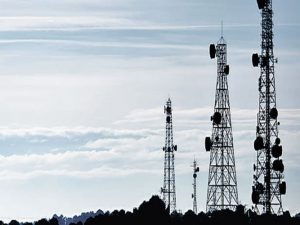 Context: Telecom Commission (a group within India’s Department of Telecom) has approved the recommendations made by the Telecom Regulatory Authority of India (TRAI) on net neutrality.

Net neutrality has become a contentious issue across the world as social media giants and mobile and internet providers seek greater control on delivery of content and services to customers. It is feared that handing out greater and unchecked control to them will lead to monopolies and situations of paid prioritisation, both of which will stifle the start-up culture and new innovations.

Context: The United Nations Security Council (UNSC) has adopted Resolution 2427. The resolution has won unanimous approval of the 15 members of the council.

What is Resolution 2427 all about?

The resolution is aimed at further crystalizing the protection of children in armed conflicts, including by combating their recruitment by non-State armed groups and treating formerly recruited children primarily as victims.

Highlights of the resolution:

Over 21,000 cases of grave violations of children’s rights in armed conflict have been verified by the United Nations for 2017, a drastic increase from the previous year with 15,500 violations, according to an annual report of the UN secretary-general on children and armed conflict that was released last week. Among the violations in 2017, some 15,000 were perpetrated by non-state armed groups and about 6,000 were committed by government forces, according to the report.

There is a need to ensure that children continue to have access to basic services during the conflict and post-conflict periods, including education and health care. In this regard, countries across the world, UN bodies and civil society need to take specifically into account girls’ equal access to education.

There is need for long-term and sustainable funding for mental health and psychosocial programming in humanitarian contexts. There is also need to ensure that all affected children receive timely and sufficient support.

For Prelims and Mains: Resolution 2427 and its significance. 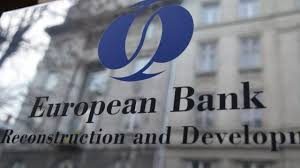 Context: India has joined the European Bank for Reconstruction and Development (EBRD) as the 69th shareholder, paving the way for more joint investment with Indian companies across the EBRD’s regions.

India takes a shareholding in the EBRD but will not be a recipient of EBRD financing. But it may benefit indirectly through EBRD projects or if Indian companies invest alongside the bank.

What is the EBRD?

The European Bank for Reconstruction and Development (EBRD) is an international financial institution that supports projects in over 30 countries, from eastern Europe to central Asia and the southern and eastern Mediterranean. Investing primarily in private sector clients whose needs cannot be fully met by the market, the EBRD promotes entrepreneurship and fosters transition towards open and democratic market economies.

What is the EBRD’s mandate?

The mandate of the EBRD stipulates that it must only work in countries that are committed to democratic principles. Respect for the environment is part of the strong corporate governance attached to all EBRD investments.

What support does the EBRD provide in the countries where it works?

The EBRD provides project financing for banks, industries and businesses, both new ventures and investments in existing companies. It also works with publicly owned companies, to support privatisation, restructuring state-owned firms and improving municipal services. It uses close relationship with governments in the region to promote policies that will bolster the business environment.

Who owns the EBRD?

The EBRD is owned by 65 countries and two intergovernmental institutions: the European Union and the European Investment Bank (EIB).

How is the EBRD governed? 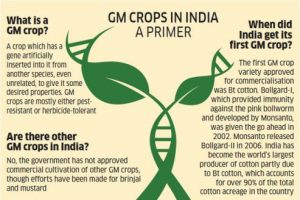 In India, the GM crops that are under regulatory consideration — apart from the already commercialised Bt/insect-resistant cotton — include glyphosate-tolerant cotton and biotech hybrid mustard.

Both the Bollgard II-Roundup Ready Flex (BGII-RRF) cotton event of Monsanto (incorporating Bt as well as glyphosate-tolerant genes) and transgenic mustard developed by Delhi University’s Centre for Genetic Manipulation of Crop Plants (harbouring three alien genes that enable higher yields through hybridisation) have undergone all the mandated bio-safety research and open field trials. Their commercial release has, however, been stuck due to opposition from environmental activists. 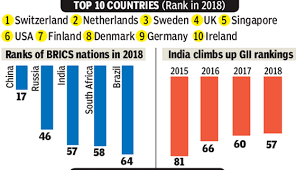