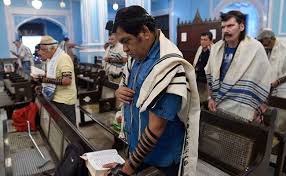 Now, Jews living in Gujarat will get religious minority rights envisaged in Constitution of India and various acts and rules of the state government.

The Jewish community in India is one among a large number of groups who had come from outside the country’s modern territorial borders and made India their home.

The institutions selected are:

Implications of the decision:

India lacks world-class universities according to international rankings, and Indian academics, compared internationally, are rather poorly paid. Students also suffer an immense shortage of places in top academic institutions and throughout the higher education system. India today educates only half as many young people from the university age group as China and ranks well behind most Latin American and other middle-income countries.

If India is to succeed as a great technological power with a knowledge-based economy, world-class universities are required. The first step, however, is to examine the problems and create realistic solutions. Spending large sums scattershot will not work. Nor will copying the American academic model succeed.

N Gopalaswami committee was constituted to select 20 institutes of higher education in India that will be developed into “world-class” institutes. 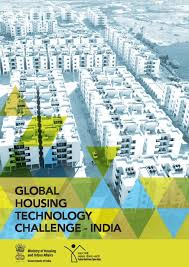 Context: The Ministry of Housing and Urban Affairs is set to launch the Global Housing Construction Technology Challenge as part of the technology sub-mission of PMAY-U.

The Mission seeks to address the housing requirement of urban poor including slum dwellers through following programme verticals:

Context: Centre and ADB signed $84 million loan for water supply in Bihar. The ADB loan is part of the $200 million multi-tranche financing facility for the Bihar Urban Development Investment Programme, and it will facilitate improvement and expansion of water supply in Bhagalpur and Gaya towns in the state.

It is a regional development bank established on 22 August 1966 and is headquartered in Philippines. It aims to facilitate economic development of countries in Asia. It also aims for an Asia and Pacific free from poverty.

Currently, it has 67 members – of which 48 are from within Asia and the Pacific and 19 outside.

ADB was modelled closely on the World Bank, and has a similar weighted voting system where votes are distributed in proportion with member’s capital subscriptions. 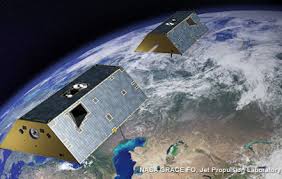 Context: About three weeks after their launch, the twin climate-monitoring satellites- GRACE-FO satellites (short for Gravity Recovery and Climate Experiment Follow-On)- that NASA deployed in Earth’s orbit have switched on their powerful lasers for the first time, showing that their systems are shipshape.

The Gravity Recovery and Climate Experiment Follow-on (GRACE-FO) mission is a partnership between NASA and the German Research Centre for Geosciences (GFZ).

GRACE-FO is a successor to the original GRACE mission, which began orbiting Earth on March 17, 2002. The GRACE missions measure variations in gravity over Earth’s surface, producing a new map of the gravity field every 30 days.

First ever ‘India Tourism Mart’ will be hosted in New Delhi from 16th to 18th September by the Ministry of Tourism in partnership with the Federation of Associations in Indian Tourism and Hospitality (FAITH). India Convention Promotion Board (ICPB) shall coordinate the whole event.

What? Scientists have discovered the oldest color in the geological record- the bright pink pigment aged 1.1 billion years old. The bright pink pigments are the molecular fossils of chlorophyll that were produced by ancient photosynthetic organisms inhabiting an ancient ocean that has long since vanished.

Where? The ancient pigment was extracted from marine black shales of the Taoudeni Basin in Mauritania, West Africa.