Context: The Supreme Court recently held that the Lt Governor of Delhi has no independent power to take decisions and is bound by the elected government’s advice. The ruling also lays down for the first time clear guidelines for the LG’s conduct, and delineates the powers of the two branches of the executive in Delhi, which does not have the status of a full state yet elects its own MLAs and government.

The judgment came on appeals filed by the NCT government against an August 4, 2016, verdict of the Delhi High Court, which had declared that the L-G has “complete control of all matters regarding the National Capital Territory of Delhi, and nothing will happen without the concurrence of the L-G.”

Why Delhi cannot be a full- fledged state? 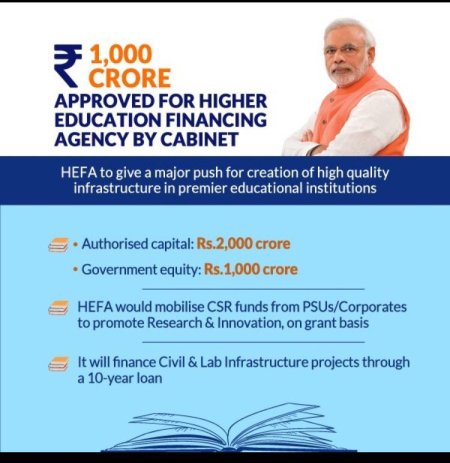 Context: The cabinet has approved the proposal for expanding the scope of Higher Education Financing Agency (HEFA) by enhancing its capital base to Rs. 10,000 crore and tasking it to mobilise Rs. 1,00,000 crore for Revitalizing Infrastructure and Systems in Education (RISE) by 2022.

What is RISE scheme all about?

What is it? The Union Cabinet had approved HEFA in September 2016 as a Special Purpose Vehicle with a public sector bank (Canara Bank). It would be jointly funded by the promoter/bank and the MHRD with an authorised capital of ₹2,000 crore. The government equity would be ₹1,000 crore.

Functions: HEFA will leverage the equity to raise up to ₹20,000 crore for the funding of world-class infrastructure at the IITs, IIMs, the National Institutes of Technology (NITs) and such other institutions. The agency will also mobilise Corporate Social Responsibility (CSR) funds from public sector units (PSUs) and corporates. These would be released as grants to eligible institutions for promoting research and innovation. 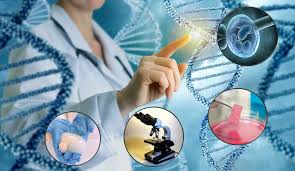 It is expected that the expanded use of DNA technology would result not only in speedier justice delivery but also in increased conviction rates, which at present is only around 30% (NCRB Statistics for 2016). 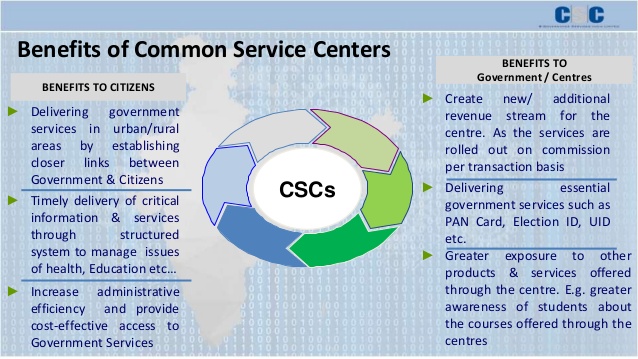 Context: CSC SPV, a Special Purpose Vehicle under the Ministry of Electronics & IT, has entered into agreement with HDFC Bank to enable its three lakh Village Level Entrepreneurs (VLEs) managing the Common Services centres operate as Banking Correspondents of HDFC Bank. 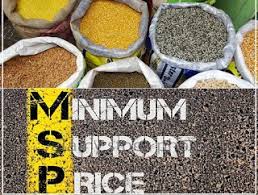 Context: Giving a major boost for the farmers’ income, the Cabinet Committee on Economic Affairs has approved the increase in the Minimum Support Prices (MSPs) for all kharif crops for 2018-19 Season.

The Cabinet Committee of Economic Affairs announces MSP for various crops at the beginning of each sowing season based on the recommendations of the Commission for Agricultural Costs and Prices (CACP). The CACP takes into account demand and supply, the cost of production and price trends in the market among other things when fixing MSPs.

Price volatility makes life difficult for farmers. Though prices of agri commodities may soar while in short supply, during years of bumper production, prices of the very same commodities plummet. MSPs ensure that farmers get a minimum price for their produce in adverse markets. MSPs have also been used as a tool by the Government to incentivise farmers to grow crops that are in short supply.

Trends in MSP impact the availability of key food crops and food inflation. MSP is also good tool to ensure that farmers produce what is most lucrative for them, given consumer demand.

However, in recent years, there have been large-scale imports of pulses and oil seeds into India with high costs adding to Consumer Price inflation. Unless the Centre increases State procurement of these crops, the bias towards rice, wheat and sugarcane (where minimum prices are fixed by States) may continue. Pulses are a cheap source of protein for the masses.

This will enable the RRBs to maintain the minimum prescribed Capital to Risk Weighted Assets Ratio (CRAR) of 9%. A strong capital structure and minimum required level of CRAR will ensure financial stability of RRBs which will enable them to play a greater role in financial inclusion and meeting the credit requirements of rural areas.

Context: Cabinet approves accession to WIPO Copyright Treaty, 1996 and WIPO Performance and Phonograms Treaty, 1996. The treaties extend coverage of copyright to the internet and digital environment.

Meeting the demand of the copyright industries, the treaties will help India:

It came in force on March 6, 2002 and has been adopted by 96 contracting parties till date and is A Special agreement under Berne Convention (for protection of literary and artistic works). It has provisions to extend the protection of copyrights contained therein to the digital environment. Further it recognises the rights specific to digital environment, of making work available, to address “on-demand” and other interactive modes of access. 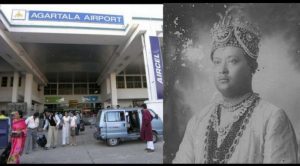 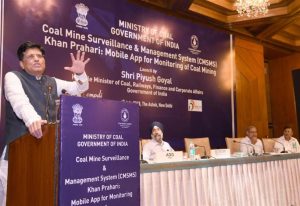 What is it? It is a Mobile Application ‘Khan Prahari’ developed by CMPDI, Ranchi a Subsidiary of CIL and Bhaskarcharya Institute of Space Application and Geo-informatics (BISAG).

Khan Prahari is a tool for reporting any activity taking place related to illegal coal mining like rat hole mining, pilferage etc. One can upload geo-tagged photographs of the incident along with textual information directly to the system.