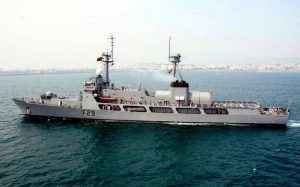 Context: India and Bangladesh have agreed to institute a Coordinated Patrol (CORPAT) as an annual feature between the two Navies.

The Navy regularly conducts CORPATs with Indonesia, Myanmar and Thailand. It also conducts EEZ surveillance of Maldives, Mauritius, and Seychelles on their request. 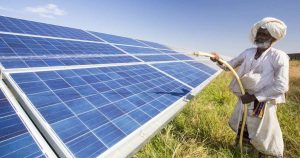 Context: In an attempt to promote solar energy, the Gujarat government has announced Suryashakti Kisan Yojana (SKY) scheme under which farmers would be encouraged to generate electricity and sell their surplus to power distribution companies.

Highlights of the project:

At present, the farmers consume power purchased from power companies. The project will help them set up solar systems in their fields. After they consumer power according to their requirement, they can sell the surplus back to the distribution companies.

Board of Directors: Non-resident Board of Directors is responsible for the direction of the Bank’s general operations, exercising all powers delegated to it by the Board of Governors. This includes approving the Bank’s strategy, annual plan and budget; establishing policies; taking decisions concerning Bank operations; and supervising management and operation of the Bank and establishing an oversight mechanism.

International Advisory Panel: The Bank has established an International Advisory Panel (IAP) to support the President and Senior Management on the Bank’s strategies and policies as well as on general operational issues. The Panel meets in tandem with the Bank’s Annual Meeting, or as requested by the President. The President selects and appoints members of the IAP to two-year terms. Panelists receive a small honorarium and do not receive a salary. The Bank pays the costs associated with Panel meetings.

The United Nations has addressed the launch of AIIB as having potential for “scaling up financing for sustainable development” for the concern of global economic governance. The capital of the bank is $100 billion, equivalent to ​2⁄3 of the capital of the Asian Development Bank and about half that of the World Bank. 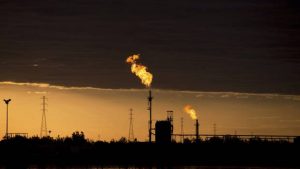 Context: The Organization of the Petroleum Exporting Countries (OPEC) has agreed to increase its daily output to address the problem of rising crude oil prices. The cartel’s output would be increased by about a million barrels a day beginning in July.

Countries across the world have been vocal in recent months about the need to bring down rising oil prices that threaten to put the global economy under stress. Emerging markets such as India that have been affected by the rising cost of oil imports, have also been exerting pressure.

The present deal could help the Saudis appease major oil consumers to some extent. Meanwhile, Iran, which has been opposed to raising OPEC output as it would lower prices, is set to suffer a marginal loss as it lacks spare capacity to ramp up production. This works in favour of its rival, Saudi Arabia, which can recover from the impact of lower prices by capturing market share.

OPEC has failed to address two uncertainties that will shape the oil market over the coming months and years.

The Organization of the Petroleum Exporting Countries (OPEC) is a group of oil-producing nations that was first established in Baghdad, Iraq, in 1961. OPEC is one of the most powerful international organizations in the world and was a major player in the shift towards state control over natural resources.

The OPEC Statute distinguishes between the Founder Members and Full Members – those countries whose applications for membership have been accepted by the Conference. 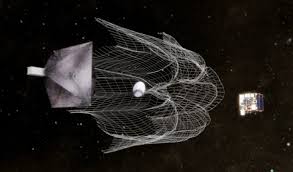 Context: The first spacecraft to demonstrate active space debris-removal technologies — such as a harpoon, a net and a drag sail — in orbit has been released from the International Space Station to commence its mission.

About the RemoveDebris mission:

Space junk is an ever-growing problem with more than 7,500 tonnes of redundant hardware now thought to be circling the Earth. Ranging from old rocket bodies and defunct spacecraft through to screws and even flecks of paint – this material poses a collision hazard to operational missions.

The rising population of space debris increases the potential danger to all space vehicles, but especially to the International Space Station (ISS), space shuttles, satellites and other spacecraft. 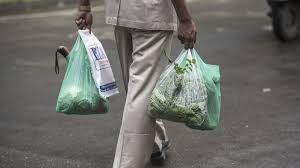 Context: Maharashtra government recently began enforcing a ban on plastic, a decision it announced in March. The government had given the manufacturers, distributors, and consumers a period of three months to dispose their existing stock and come up with alternatives to plastic usage.

What all plastic products are covered under the ban?

Under the notification products manufactured from plastic and thermocol have been covered under the ban. As a result usage of plastic bags with a handle and without handle, disposable cups, and plates, spoons, forks, glasses, and containers is prohibited in the state. Plastic packaging used to wrap and store the product is also included in the ban.

Apart from this plastic straw, non-woven polypropene bags, pouches and any other plastic used to store, package and transfer food items will no longer be permitted in the state. Besides, it has banned the use of plastic and thermocol for decoration purposes.

Plastic items excluded from the ban:

Who will implement and monitor the ban?

Officials from Maharashtra Pollution Control Board (MPCB) and district and local administration have been authorised to implement it. For regulating this law at tourist locations, tourism police, or Maharashtra Tourism Development Corporation has been made responsible.

The government has also formed an association comprising of plastic manufacturers, ministry officials and environmental experts to oversee the implementation of the ban.

While environmentalists welcomed the cabinet’s decision, the plastic industry has slammed the government calling it “retrograde step.” With its huge dependence on plastic and lack of alternatives to the banned products, many also wonder if the plan would be a success.

On World Environment Day, June 5, India was the host nation, with the theme for this year being ‘Beat plastic pollution.’

Why in News? The Airports Authority of India has proposed to set up a water aerodrome in Chilika Lake for starting amphibious aircraft operations in Odisha.

Context: To save about 16,500 fully grown trees from being chopped down in the city, locals and social organisations have come together to hold a campaign on the lines of ‘Chipko’ movement for tree protection in Delhi.