What is it? It is a programme for women techies unveiled by NASSCOM. It aims to increase the number of women in senior levels in the Information Technology (IT) industry.

The Women Wizards Rule Tech was announced in March at the Nasscom Diversity and Inclusion Summit in Chennai as a joint initiative by the Nasscom Sector Skills Council and the Data Security Council of India.

Details of the programme:

About Nasscom: The National Association of Software and Services Companies (NASSCOM) is a trade association of Indian Information Technology (IT) and Business Process Outsourcing (BPO) industry. Established in 1988, NASSCOM is a non-profit organisation.

Context: Nine awards have been announced under the India Smart Cities Awards.

What are Smart Cities Awards?

India Smart Cities Award were launched on 25 June 2017 with an objective to reward cities, projects and innovative ideas, promoting sustainable development in cities.

The city award is being given to Surat for showing great momentum in implementation of projects especially in the categories of urban environment, transport and mobility and sustainable integrated development.

The Innovative Idea award is being given to a project/idea particularly remarkable for its innovative, bottom-up and transformative approach towards achievement of sustainable integrated development. Joint winners in this category are Bhopal for their Integrated Command and Control Centre (ICCC) and Ahmedabad for Safe and Secure Ahmedabad (SASA) Project.

The Project awards are being given to most innovative and successful projects in seven categories that have been completed by April 1, 2018.

The Projects selected are: 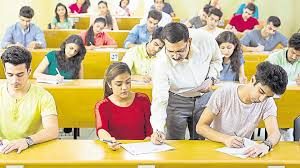 Context: The National Testing Agency, which is being set up to relieve the Central Board of Secondary Education (CBSE) of the burden of conducting multiple examinations, will also train paper setters to set better question papers and provide better model answers.

In pursuance of the Budget Announcement 2017-18, the Union Cabinet, in November 2017, approved creation of the National Testing Agency (NTA) as an autonomous and self-sustained premier testing organization to conduct entrance examinations for Higher Education Institutions (HEIs) in the country.

Composition: It will be chaired by an educationist who will be appointed by the MHRD. The agency will have a board of governors who will represent the member institutions.

For Prelims and Mains: NTA- need, significance and functions. 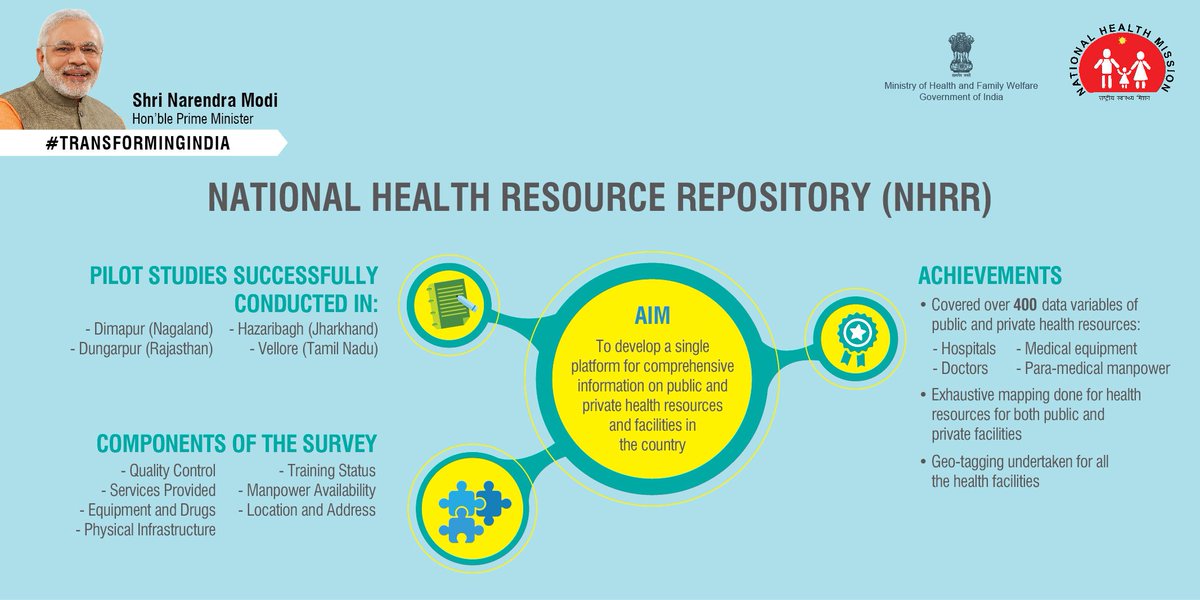 For Prelims and Mains: NHRR- features, significance and uses.

Nuclear arsenals around the globe 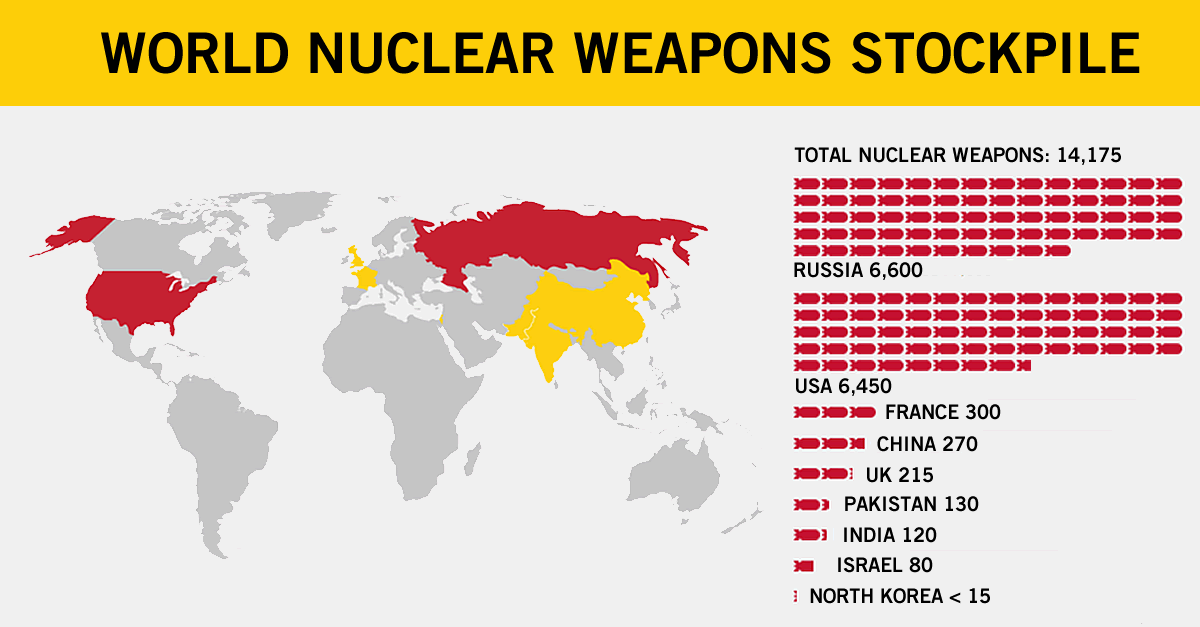 Context: Stockholm International Peace Research Institute (SIPRI) has released its 2018 edition of the yearly report on the current state of armaments, disarmament and international security.

Nuclear weapons remain uniquely dangerous because they are uniquely destructive. The renewed focus on the strategic importance of nuclear deterrence and capacity is a very worrying trend. The world needs a clear commitment from the nuclear weapon states to an effective, legally binding process towards nuclear disarmament.

SIPRI is an independent international institute dedicated to research into conflict, armaments, arms control and disarmament. Established in 1966, SIPRI provides data, analysis and recommendations, based on open sources, to policymakers, researchers, media and the interested public. Based in Stockholm, SIPRI also has a presence in Beijing, and is regularly ranked among the most respected think tanks worldwide. 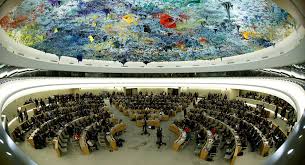 Context: The United States withdrew from the United Nations Human Rights Council accusing it of a “chronic bias against Israel”. Washington’s withdrawal is the latest US rejection of multilateral engagement after it pulled out of the 2015 Iran nuclear deal.

Why does the US have a problem with the UNHRC?

Context: The Ministry of Corporate Affairs (MCA) is planning to introduce a globally accepted and well-recognised cross-border insolvency framework, fine-tuned to suit the needs of aspirational Indian economy. The Government has taken initiative for Cross-Border Insolvency within the Insolvency & Bankruptcy Code, 2016 (the Code) to provide a comprehensive legal framework.

As the size of the Indian economy grows, business and trade have adopted an increasingly international character. Creditors and corporates frequently transact business in more than one jurisdiction. Foreign banks and creditors finance Indian companies and Indian banks have foreign exposure. Also, as part of its Ease of Doing Business and Make in India policies, India seeks to attract foreign companies to set up manufacturing facilities in India.

Besides, global experience demonstrates that cross-border investment decisions and their outcomes, are considerably affected by the insolvency laws in force in a country. Towards this end, even though the Insolvency and Bankruptcy Code, 2016 has resulted in significant improvement in India’s insolvency regime, there is a need to include cross-border insolvency in the Code to provide a comprehensive insolvency framework.

On the global scale, the UNCITRAL (United Nations Commission on International Trade Law) Model Law on Cross-Border Insolvency, 1997 (Model Law) has emerged as the most widely accepted legal framework to deal with cross-border insolvency issues while ensuring the least intrusion into the country’s domestic insolvency law. Due to the growing prevalence of multinational insolvencies, the Model Law has been adopted by 44 States till date, including Singapore, UK and US. 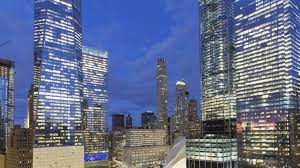 The International Yoga Day is celebrated every year on June 21. It was first introduced by the United Nations on June 21, 2015. The main aim is to create an awareness worldwide on the importance of staying fit and healthy.

This year, the theme is ‘Yoga for peace’.

Why was June 21 selected to be International Yoga Day? June 21 is the longest day of the year in the Northern Hemisphere and has special significance in many parts of the world. Prime Minister Narendra Modi had proposed this date at the United Nations General Assembly 2014.

Gujarat Forensic Sciences University (GFSU) is a state university in Gandhinagar, Gujarat. It is the first university in the world solely dedicated to forensic and investigative science.

Canada becomes second nation in the world to legalize marijuana:

Context: The last of the five Fast Patrol Vessel (FPV) project of Indian Coast Guard ‘Rani Rashmoni’ was recently commissioned into the Indian Coast Guard. The FPV was indigenously built by Hindustan Shipyard.